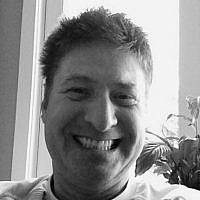 The Blogs
Daniel Ratner
I'll fire you up!
Apply for a Blog
Advertisement
Please note that the posts on The Blogs are contributed by third parties. The opinions, facts and any media content in them are presented solely by the authors, and neither The Times of Israel nor its partners assume any responsibility for them. Please contact us in case of abuse. In case of abuse,
Report this post.

The Passover holiday is not just about the Jews leaving Egypt thousands of years ago. It’s about achieving our own personal freedom today and our potential for greatness. We learn that from one line we read from the Torah every year. This idea can completely change the way you approach the holiday.

On the night of Passover, the last night the Jews were in Egypt, after over 200 years in slavery. G-d said to the Jews to take a lamb, roast it, and when you are finished eating it, whatever is left over you have to burn. What? Burn the leftovers of the lamb? Aren’t the Jews leaving Egypt in the morning………forever? They’re not coming back to make a grocery run! Last time I checked, there aren’t any food courts or falafel stands in the desert. Nothing grows there except cactuses and the only wild creatures are scorpions and vultures, and those don’t sound too tasty.

You would think G-d would say to the Jews, take the leftover lamb, mix it with mayo, put it between two matzas, make yourself a schwarma sandwich and have a nice day! Think about when you leave your house for just a few hours. you bring a bottle of water and some snacks. Plus you pass a dozen 7-11’s anywhere you go. The Jews are leaving Egypt, forever, and there’s no food in the dessert.

But here is one more interesting question.

Why didn’t G-d tell the Jews to take a cow instead of a lamb? Doesn’t a thick ribeye beat out a lamb chop any day? Come to think of it, a veal chop wouldn’t be so bad either. Why a lamb?

So let’s get to the bottom of this.

The lamb was one of the main idols that the nation of Egypt worshiped and the Jews were part of that same society before they became slaves. They worshiped many things like the sun, the moon and your favorite neighborhood barbecue animal, the lamb.

Do you know what happens when you worship idols? You are a slave to that idol and you might not realize it. G-d is taking the Jews to freedom.

He knows more than anyone else that freedom allows you to achieve your potential for greatness. To do that, you have to be free from worshipping any idols, the things that are holding you back from that potential. Today, we have our own idols. It may be money, big houses or anything else we buy to enlarge our egos to fill up the space of where our self esteem should be, especially a Lamborghini. G-d knew that for us to reach our potential and be the great nation that we are capable of being, we have to burn our own idols.

When you sit down at your Seder this year, think about the modern day idols that you have in your life that are holding you back from your potential greatness. When you figure out what it will take for you to be truly free, you’ll never look at Passover the same way again because you’ll realize that greatness is inside you.

About the Author
Daniel Ratner teaches weekly in the Essentials program at Aish Hatorah in the Old City of Jerusalem. His inspires people of all backgrounds on personal growth, relationships, and character building. He is highly entertaining and leaves his students wanting more. Daniel lives in Jerusalem with his wife, 5 children and a labradoodle.
Related Topics
Related Posts
Daniel Ratner
Comments