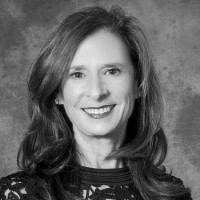 The Blogs
Ellen Bachner Greenberg
Apply for a Blog
Please note that the posts on The Blogs are contributed by third parties. The opinions, facts and any media content in them are presented solely by the authors, and neither The Times of Israel nor its partners assume any responsibility for them. Please contact us in case of abuse. In case of abuse,
Report this post. 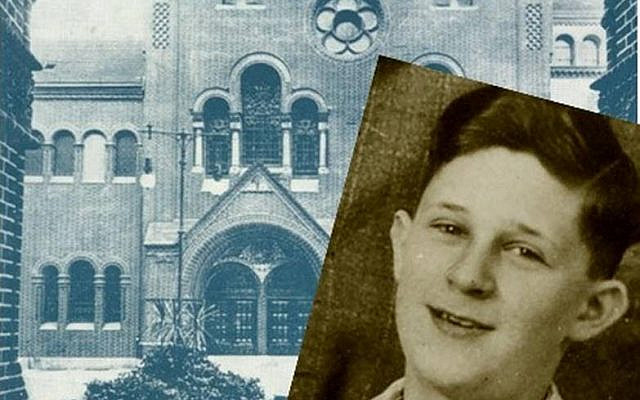 Fredi Bachner and the Rykestrasse Synagogue, the site of his 1938 bar mitzvah. (National Library of Israel)

At the time of my father’s bar mitzvah in Berlin, Hitler had been in power for five years.  It was October 1938, and Jews were prohibited from participating in nearly all facets of German life. The Bachners desperately wanted to leave Germany, but their attempts to get visas were unsuccessful.

As bad as things were, they could not have imagined that only a few weeks after Fredi Bachner’s bar mitzvah, synagogues throughout Austria and Germany would be destroyed on Kristallnacht, including the Rykestrasse Synagogue, where Fredi’s bar mitzvah was celebrated. 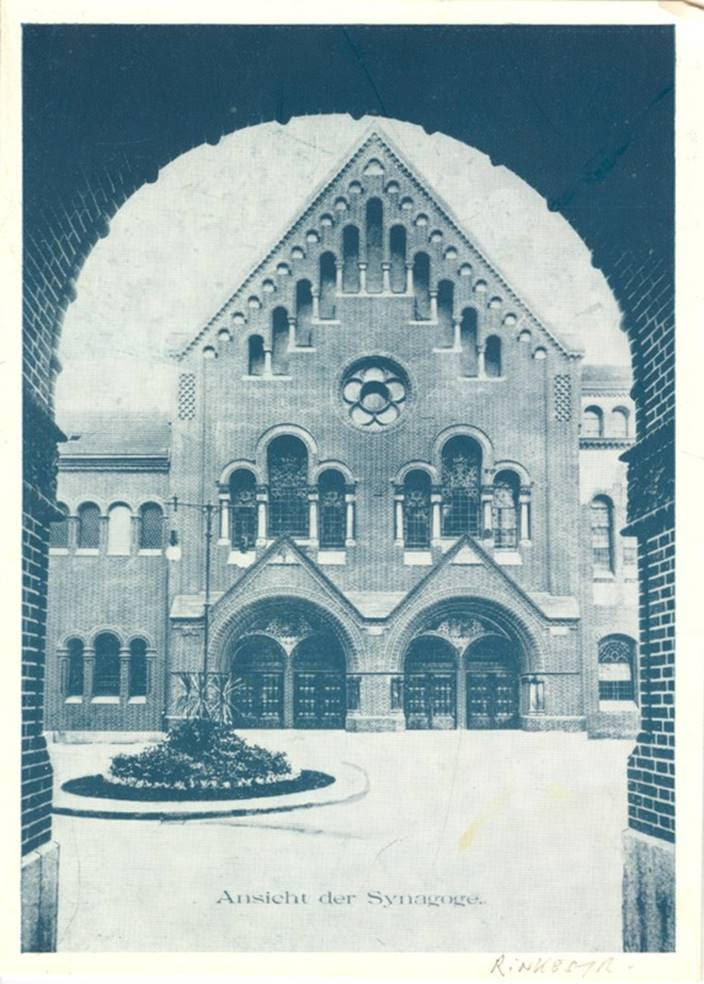 His bar mitzvah would be the last held at the Rykestrasse Synagogue for many years.

My father was born in Berlin on September 28, 1925, the 10th day of the Hebrew month of Tishrei, Yom Kippur. It was always meaningful to him that he was born on Yom Kippur, the holiest day of the year, for reasons I now understand. 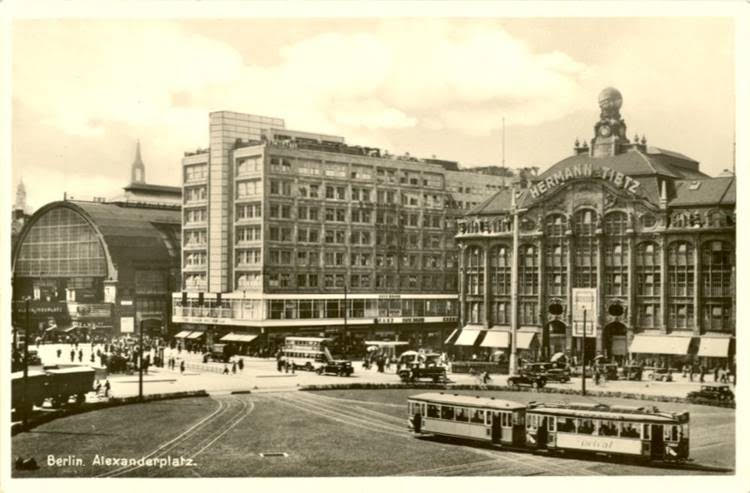 Anti-Semitism permeated Fredi’s childhood. In 1935, 10-year-old Fredi was stripped of his German citizenship and as a Jew was prohibited from going to public school.  The Bachners continued practicing their religion as observant Jews and Fredi went to school at the Rykestrasse Synagogue.

He joined youth groups, such as Bar Kochba and Makkabi, and participated in their outings, sporting events, and meetings.  Fredi credits the Jewish community with  “being the glue that held us together.  They kept the youth happy and busy.”

Fredi’s bar mitzvah took place on the 13th of Tishrei. The Torah portion was “Haazinu,” which he read along with the Haftarah as a small group of friends and loved ones still in Berlin looked on.

“Haazinu” is the Hebrew word for “listen,” and the Torah portion features the famous love poem sung by Moses to God. It is the prophet’s last song before dying. In it, he reminds the people of Israel that at times God punished them for their transgressions, yet He also renewed His covenant, forgave and redeemed them.

My father distinctly remembered the rabbi’s foreboding words to the congregation. Warning them that things were going to get a lot worse before they got better, he said, “It doesn’t become daytime before it literally becomes night.”

As the Bachners posed for the family portrait at Fredi’s bar mitzvah, they did not know that this would be their last photo taken as a family. 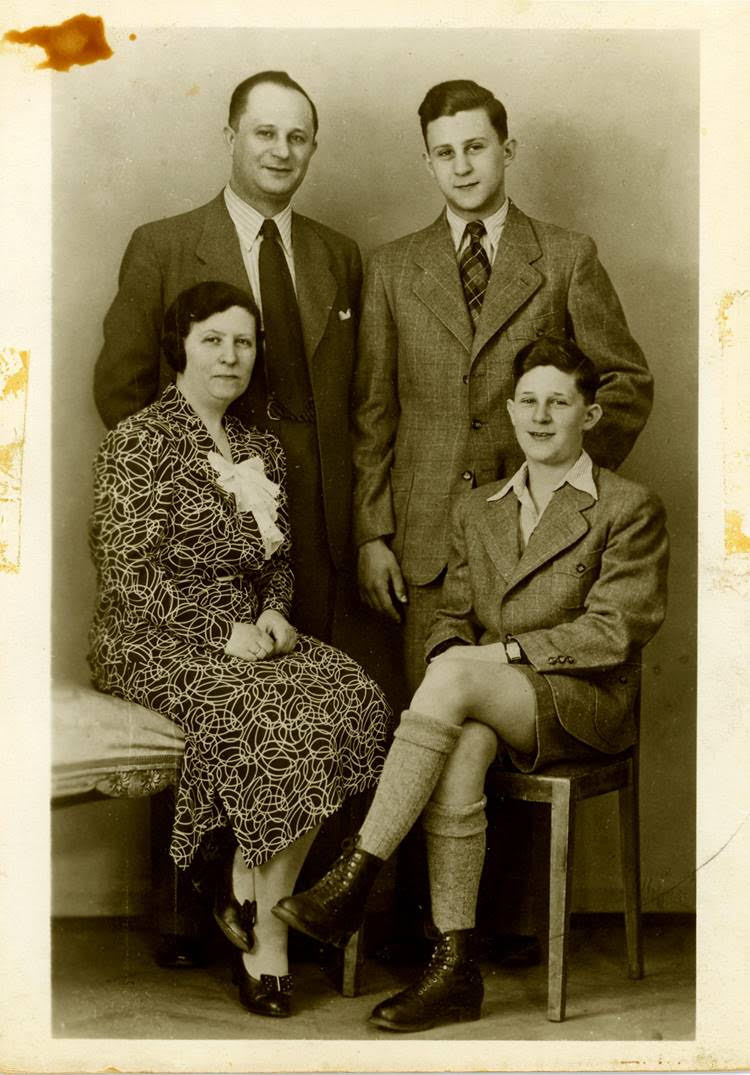 In the days and weeks immediately after Fredi’s bar mitzvah, nighttime was beginning to fall. The situation escalated dramatically on October 28th, when 17,000 Jews of Polish citizenship living in Germany, including Fredi’s father, were arrested and forced across the border into Poland. 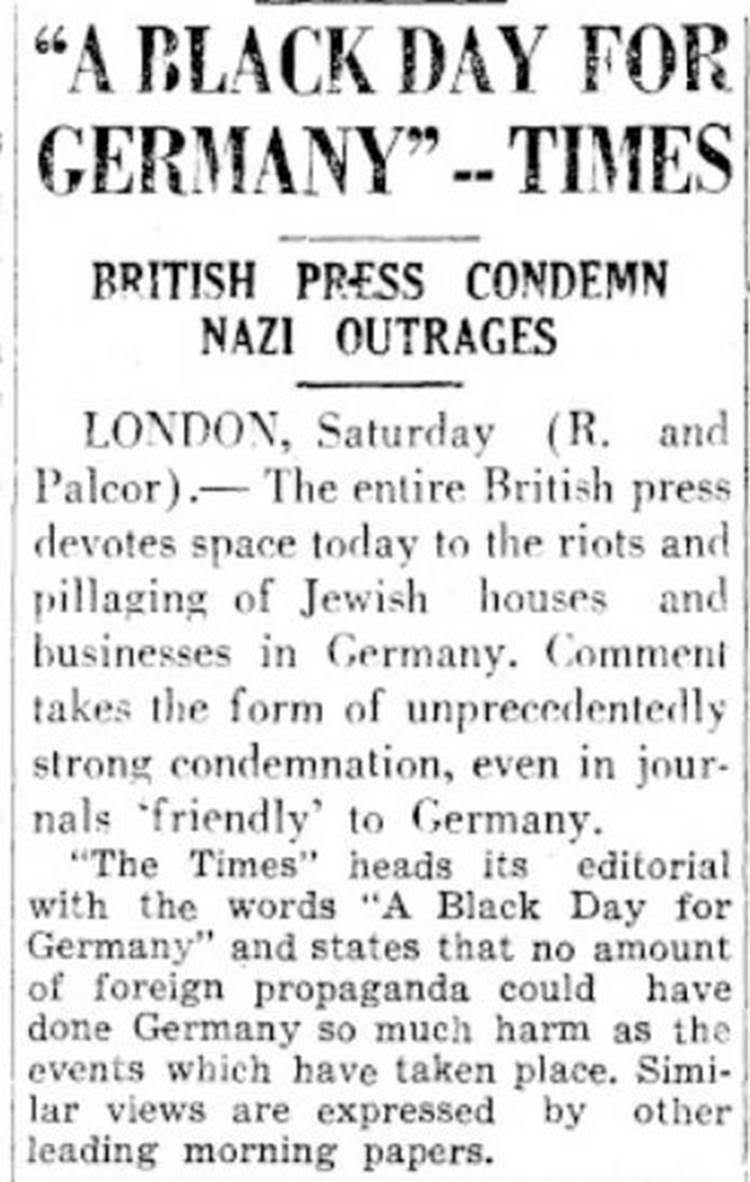 ‘A Black Day for Germany’ was how The Times of London characterized the events of Kristallnacht, as reported in the Palestine Post a few days after the events. (National Library of Israel)

Kristallnacht — the “Night of Broken Glass” — took place on November 9 and 10, 1938. It was a violent, destructive, and coordinated attack on Jewish homes and shops and on synagogues.

The following day it was quiet outside and Fredi went to school. He later recalled:

“The curtains were ripped off the windows and the synagogue in back of the school was in ruins.  The ark was open, the Torahs and books were thrown on the floor and had been set on fire.”

Kristallnacht was a turning point for Jews throughout Austria and Germany.

Fredi and his mother, “Mutti,” were alone in Berlin and were rightfully concerned how they would sustain themselves. They vacated their apartment, sold the family’s belongings, and rented a small room in a neighbor’s apartment. After several months, they were given permission to join Fredi’s father in his hometown, Chrzanow, Poland, a town 10 kilometers from Oswiecim, later known as Auschwitz.

As was required, they worked for the Germans until February 1943, when the Nazis rounded them up for deportation. Fredi’s father was sent to concentration camps, Mutti was transported to Auschwitz, where she went directly to the gas chamber, and Fredi spent the next 27 months at five concentration camps, beginning with Gratiz and then Annaberg.

On September 30th, 1944 Fredi’s transport from Annaberg arrived at Auschwitz.  It was the 13th day of the month of Tishrei.  On that day six years earlier, Fredi had stood on the bima chanting Parashat Haazinu at his bar mitzvah in the Rykestrasse Synagogue.  Now he stood at the gates of Auschwitz awaiting his fate. 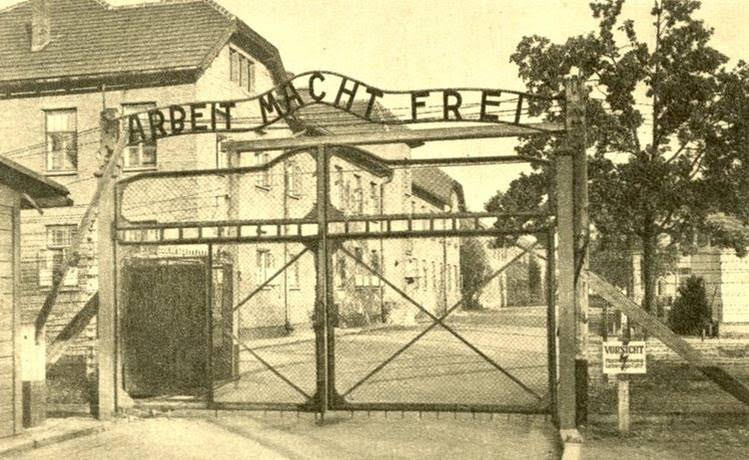 Would he be sent immediately to the gas chambers with no chance of living or would he be allowed to work as a slave laborer, enabling at least a slim chance to survive?

The rabbi’s ominous words were still fresh in his mind.  It was dark and Fredi prayed it would not get darker.

“I knew I was one step closer to death and I prayed to God to guide me,” Fredi recalled.

Would God save him, as promised to the Jewish people in Parshat Haazinu?

Fredi’s life was spared that day, as it was every day at Auschwitz, during the long death march which followed, and finally at Gross-Rosen and Dachau.

When the war ended in May 1945, my father said, “After what I had been through, I questioned God and did not know if I wanted to practice Judaism.  By the time Yom Kippur came, I was back at synagogue.”  Even though Fredi had been through the unimaginable, he was ultimately grateful to God for sparing his life. 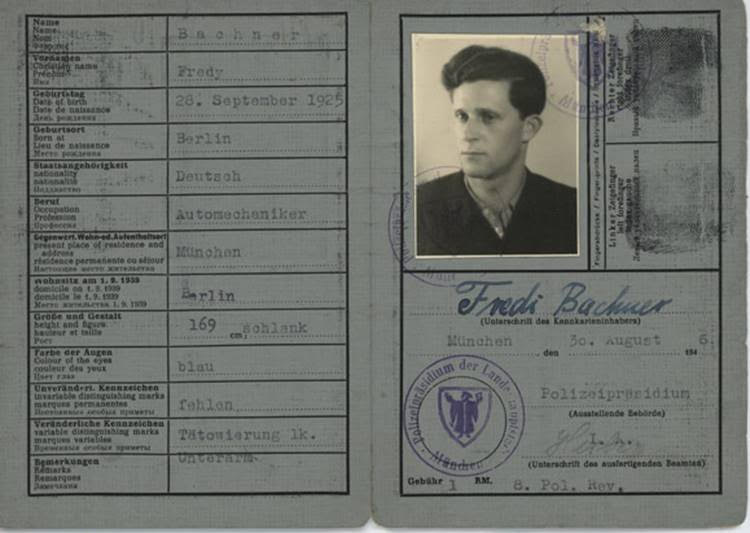 Fredi immigrated to the United States in 1947.  He married and raised a family in New York, where religion was an integral part of his life.

Every year, he would chant the Haazinu Haftarah as he did at his bar mitzvah, and each Yom Kippur, he would lead the afternoon services as cantor.

I now understand that he did these things as a testament that both he and Jewish life had survived. 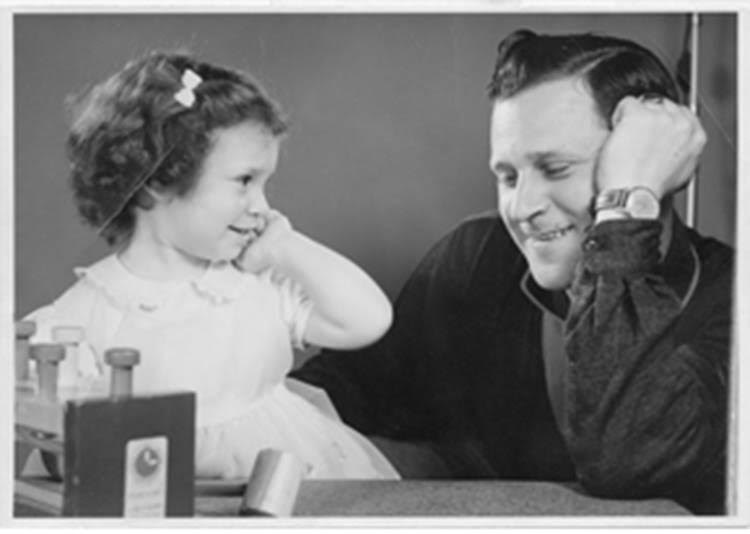 It certainly also brought back fond memories of his Jewish upbringing and connected him with his youth and the Rykestrasse Synagogue, where he had found a semblance of normalcy during an abnormal time.

My father passed away on December 9, 2008.  The last time he was at the Rykestrasse Synagogue was the morning after Kristallnacht when it had been vandalized, its Torah scrolls and books set on fire.  The building was apparently not burned to the ground simply because the Germans were concerned about damage to the adjacent buildings. In a further act of desecration, the German military later confiscated the synagogue, using it as a warehouse.

In 2005, 67 years after Kristallnacht, the Rykestrasse Synagogue was rededicated after a $7 million renovation to the interior, which returned the synagogue to its prewar glory. In front of it is a school, just like when my father was a child. 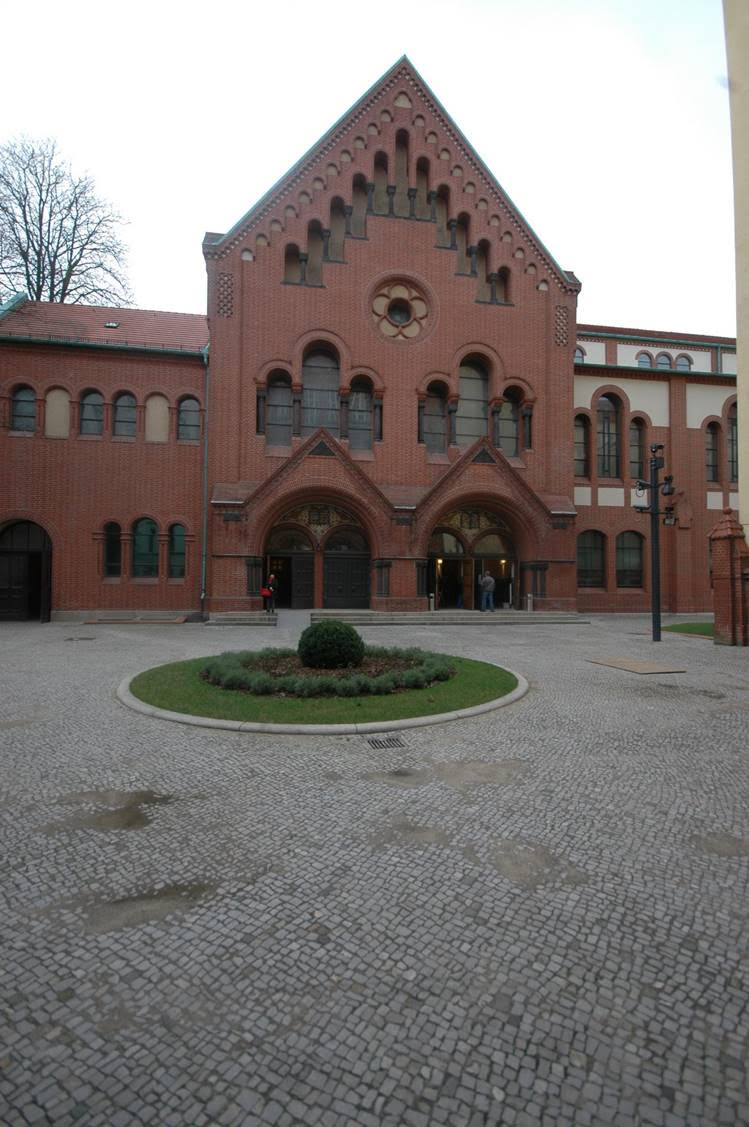 Exterior of the renovated Rykestrasse Synagogue. (The Center for Jewish Art Collection; available via the National Library of Israel Digital Collection)

In photos, the synagogue looks beautiful, showing no signs of Kristallnacht or the dark years of Nazi occupation. My father would have been thrilled that the restoration brought it back to the time of his bar mitzvah. 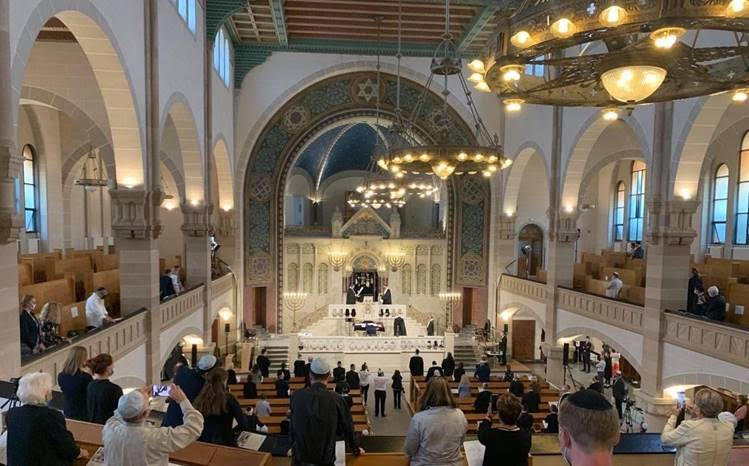 I am in awe of the synagogue’s splendor and at the same time I am reminded of Holocaust survivors and the irreparable damage they suffered.

Like the synagogue, they had been brutalized, tortured, and desecrated by the Germans and emerged from the ashes in various states of disrepair. While the numbers branded on their arms and the physical scars were visible, the damage to their psyche was often never as apparent. Many appeared okay on the outside, but it was often a veneer that could not cover up the destruction deep within.

Unlike the synagogue, they could not be made whole again.

My father’s birthday this year fell on Yom Kippur, only the third time since his birth in 1925. I planned to go to Berlin and be at the Rykestrasse Synagogue for Parshat Haazinu and my father’s birthday, Yom Kippur. I wanted to be in the synagogue where my father was bar mitzvahed and envision him standing proudly on the bima with his impish smile.

I wanted to feel his presence. 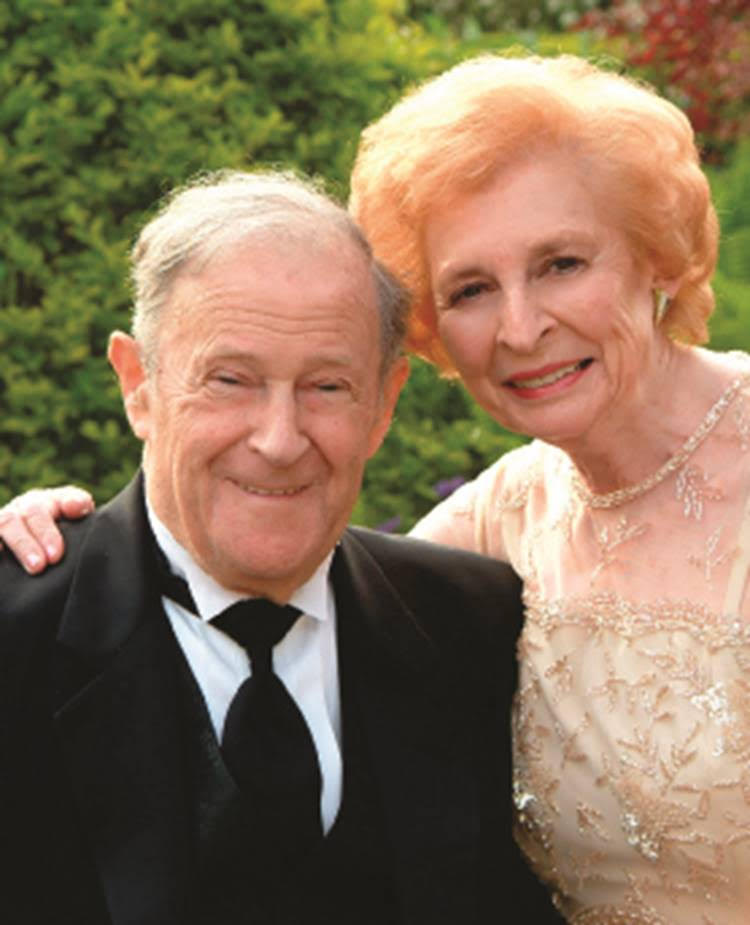 With COVID-19 restrictions, travel from the United States to Germany was not permitted so I was unable to go.  Ironically, I cannot get into the country my father and his family tried desperately to get out of in the 1930s.

Hopefully, I will be able to travel to Berlin next year for Yom Kippur to honor and remember my beloved father, stand in the place he became a Jewish man and listened as his rabbi spoke of unforeseeable darkness – and redemption.

For more stories like this, check out the National Library of Israel blog.

This article has been published as part of Gesher L’Europa, the National Library of Israel’s initiative to share stories and connect with people, institutions and communities in Europe and beyond.