TORONTO, December 2, 2021 – It was a miserable snowy November morning in Toronto, Canada. You know, one of those seasonal days that ‘The Old Farmer’s Almanac’ must have jumped up and down with joy in predicting. For it is they, who, in their wisdom, calculated for us robust Canadians a season of being “snowed in, sleeted on, slushed about, soaked, and otherwise generally soggy.”

“This coming winter won’t be remarkable in terms of temperature, but for our Canadian friends who will end up just wanting to dry out, it will be a long season indeed,” Janice Stillman, the publication’s editor has been quoted as saying.

And if that wasn’t enough, I believe she added, with the utmost absolute rectitude for solemnity and conviction, British Columbia as the only province that will see a dry winter and experience “below-average precipitation and above-average temperatures throughout the season.” 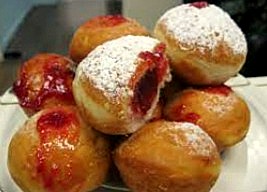 I must confess, further than wanting to give a pleasant festive touch to the opening lines of my story, other than the first sentence of my narrative all that followed up to now, is completely inconsequential to my tale, which takes place in Toronto’s United Bakers Dairy Restaurant.

Sadly, because of the COVID, I’ve only visited United Bakers, (UB to the initiated), on three occasions during the past two years. The last time, I’m happy to say, was just a few days ago.

It was, I do not mind confessing, a homecoming for me and my friend. No sooner had we dug deep into our pockets for our “Proof of Entry,” AKA “COVID-19 Proof of vaccination,” we were escorted to our booth, (no ordinary table with a wonky leg for us), where I swear, two coffees, one each, appeared out of nowhere.

As I looked around at the number of patrons scanning us – scanning is a major sport at UB, – my eyes were attracted to an elderly gentleman who, while eating his breakfast consisting of a scrambled egg, slices of cucumber and tomato, hash brown potatoes, coleslaw and a bagel, was wearing what seemed to be a very warm Norwegian Fongen Weatherproof Sweater. A sweater that’s advertised as having a “water-repellent wool, a breathable windproof liner made with a technical polyester/polyurethane blend and soft cuffs with thumb holes.” It was, obviously, just the right clothing for a morning’s breakfast at UB. My friend suggested the gentleman might have just arrived from the higher northern altitudes of “Der Hills,” as it is known by those of us living in the southern regions of the city.

Our new-found acquaintance wasn’t alone for very long. He stood up, his knife, in dramatic fashion, fell onto the floor with a clang and he was left with the dilemma of either picking up the knife or presenting himself to a rotund lady friend, her arms already fully extended, demanding from him a huge hug. The knife won!

Shortly afterwards the two of them were joined by another lady who, in silence, sat next to the man, playing with her mobile phone, and taking not the slightest interest in the discussion. We wondered if she was a perfect stranger, who simply had the hots for Norwegian Fongen Weatherproof Sweaters.

For my friend and I, it was a difficult decision to make. You see, to be quite honest, we’re not into upscale Fongen-type sweaters. For us, years ago, we decided for the purposes of intercultural dialogue during this festive holiday, the Him and Her adorable red-nose reindeer hoodie ugly Christmas sweater would make much more of an impact, especially wearing it at UB among other members of the tribe. And on that day, earlier this week, we were spot-on!

One UB patron became so enamoured with our two sweaters that he willingly offered to drive us to the University of Toronto’s Scarborough Campus Students’ Union office. As he remarked en route, two red-nose Jewish reindeer hoodie ugly Christmas sweaters might do much to improve the deplorable affairs currently existing there.

We never made it to Scarborough. On leaving UB we had forgotten to buy four huge sufganiyot. By the time we returned to UB, there was only one sufganiyah left. With snowflakes spreading the holiday spirit around us, my friend and I wasted no time in eating the round strawberry jelly doughnut in her car. Utterly delicious! Superbly decadent!