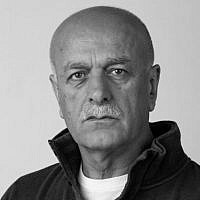 The Blogs
Amal As'ad
Apply for a Blog
Please note that the posts on The Blogs are contributed by third parties. The opinions, facts and any media content in them are presented solely by the authors, and neither The Times of Israel nor its partners assume any responsibility for them. Please contact us in case of abuse. In case of abuse,
Report this post.

I am not a Jew. I am a citizen of Israel. I served in the Israel Defense Forces for 26 years. I fought in many horrific battles. I was wounded three times, I lost friends, soldiers, commanders, and a beloved brother. And ever since July 2018, when the Knesset passed the Basic Law: Israel as the Nation-State of the Jewish People, I feel that Israel has betrayed me.

I have no doubt that the Knesset’s intention in passing this law was to negate the value of civil equality proclaimed in Israel’s Declaration of Independence. I have heard former members of the Knesset and mayors call the Arabs of Israel and Druze “guests” in the State of Israel because it is the state of the Jewish people. In this context, then, “Jewish state” does not mean the majority nationality in the state. Rather, it asserts whose state it is. That is, the nation-state law mandates that Israel belongs to the Jewish people in the sense of ownership. The implication is clear: citizens of Israel who are not Jewish do not have a place there.

The true purpose of the nation-state law, therefore, was to abolish the national-secular meaning of “The Jewish people,” and cast it as an exclusively religious and ethnic distinction as regards any citizen of Israel. Claims that the law focuses solely on the definition of the state’s Jewish character insofar as it is expressed through symbols, anthem, flag, and holidays are merely a smokescreen to mask the intent of the law. In other words, the nation-state law serves to deepen the divide between first-class Jewish citizens and second-class citizens who are not Jewish.

The nation-state law endangers the foundations of Israeli society in several ways, first by sidelining those Jewish citizens of conscience who believe in a democratic state, and who are not willing to give up on universal principles like freedom, equality, and minority rights, which are the foundations of a democracy and the basic principles of a just government.

The law is also an affront to the country’s Arab citizens of Israel, a minority of which I am a part. The Arab street is accustomed to humiliating treatment as “inferior” citizens, but this law is worse, as it is the instrument by which the State of Israel lost its facade of fairness, relinquishing that most robust means of developing connections with the Arab world. In my eyes, the nation-state law diminishes any feelings of belonging and solidarity for all minority groups that aren’t Jewish. It’s as simple as that.

And finally, there’s the law’s especially painful impact on the Druze community. While the nation-state law hurts all non-Jewish minority groups, the Druze, especially in their capacity as a group of patriotic Israelis who give their lives to protect their homeland, are its hardest hit victims.

On December 22, 2020, 11 of Israel’s Supreme Court justices heard 15 petitions against the Basic Law: Israel as the Nation-State of the Jewish People. In response, the justices will surely turn over every stone and present all of the legal meanings and ramifications of the law, whether legislative, national, social, historical, or traditional. But outside the halls of the court and justice, there is yet another aspect to this law — that is, the Basic Law of the Street. This law, which is not discussed in the courts or in academia, is the meaning of the law as interpreted by the general public.

The nation-state law, in its current form, is understood by those with populist inclinations to strengthen extremist-national tendencies, which in turn lead to increased hate and polarization. The law thus serves to legitimate manipulations of truth and the use of misleading terms that stoke incitement and fuel hatred between different political groups and ethnicities. It’s a twisted approach that intentionally targets a naive general public.

If you think I am exaggerating, I suggest you listen to the words of the law’s champions, among them Knesset Members Amir Ohana, who is minister of public security, and Avi Dichter.

On the Israeli street, a narrative of scapegoating and incitement has been developing over the past few years against leftists and Arabs. And that is how the nation-state law was integrated into the mindset of the street, and that of the public.

The nation-state law sends me the message that the State of Israel has turned its back on me. Since it was passed, I have lost the ability to feel a sense of togetherness, belonging, and pride in my contributions to this country. I fear there is no longer any meaning to my being Israeli.

I am hopeful that the justices of the Supreme Court will rule in keeping with the true spirit upon which Israel was founded as stipulated in the Declaration of Independence. And I call upon those politicians who have a shred of courage and integrity to amend this law.

About the Author
IDF Brigadier General (res.) Amal As'ad is a leader in the coalition to amend the Basic Law: Israel as the Nation-State of the Jewish People.
Related Topics
Related Posts
Comments