Labor has approved the merger with Livni. The left is back in competition for Israel’s leadership. Liberman’s split from Likud and Kahlon’s Party strengthen the left. Bibi is still in a powerful position. 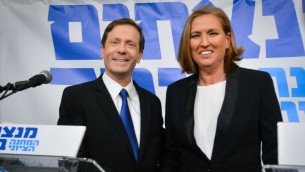 Tzipi Livni dubbed it the “New Zionist Centre,” a more centrist Labor Party in which both Herzog and Livni will hold leadership rolls. Livni’s Hatnuah (The Movement) Party earned six seats in the previous Knesset but may not clear the new 3.25% threshold for earning seats in the next. Lapid also courted Livni hoping for a merger in his favor, she chose Labor. Labor now polls over 20 seats for the first time and has finally become a competent possibility for leading the next government. Under the agreement, if Labor wins, Herzog would be Prime Minister (PM) for the first two years and Livni would take over for the remainder of the term.

In a recent article, I discussed the popularity of a larger uber-bloc of left-wing parties. The great impediment to that possibility were the egos of the personalities on the left. Yair Lapid’s father led Shinui (Change) for many years. Lapid’s Yesh Atid (There is a Future) Party jetted to 19 seats in the 2013 election and he began to fancy himself a prospective PM. Tzipi Livni, meanwhile, has only narrowly missed being PM herself, twice. Herzog is the young and charismatic leader of Labor whose grandfather was the Sinn Fein Rabbi, his father, an RAF war hero and Israeli President. Herzog has grown into a competent minister and political leader in his own right. Each of these leaders has their constituency and their base of supporters. Each also has their ego. How could that challenge be overcome? The agreement that Labor ratified has overcome that major hurtle. Herzog and Livni will lead the left. Lapid, whose popularity has been waning, has been marginalized. He may serve in a future coalition if the left wins, but otherwise he is not likely to wield much influence.

What change in policies would a Herzog-Livni government pursue? They will certainly reengage in the peace process and attempt the deescalate tensions that have arisen between Israel and Abbas’ Palestinian Authority (PA). This, of course, requires the cooperation of the PA and its leadership, it is not merely the choice of the Israeli government. Any Israeli government, right or left, would continue security cooperation aimed at preventing Hamas from coming to power in the West Bank. Thus the security situation

Economic policies, however, would be considerably different under a left-leaning government. Israelis do not feel that prosperity is making its way to Israel’s least affluent. A left-leaning government would seek address this problem. Herzog’s effort to court Manuel Trajtenberg, a professor of Economics at Tel Aviv University who is famous for negotiating with the social protestors in 2011, shows that he wants to address this concern. Trajtenberg’s recommendations during the social protests were widely hailed as possible solutions to the housing crisis and high cost of living that fueled the protests. Generally, Israelis are aware that the cost of living is unnecessarily high.

Embattled But Not Finished

For his part Benjamin “Bibi” Netanyahu is still in a strong position despite being embattled. A challenge by Gideon Sa’ar for the Likud leadership will likely see Bibi returned to office as the party’s leader. Likud still stands to earn a substantial and competitive number of seats in the Knesset. Bayit Hayehudi (Jewish Home) leader Naftali Bennet has promised to join his faction with Likud if necessary to form the largest faction after the election. This increases the likelihood that Bibi will be designated to form the next government. Nevertheless, after six years as Prime Minister, Bibi finds himself fighting for control of his party, and fighting for his national office. His friends may not be deserting him, but they are hardly standing fast by his side. Nevertheless, he still has a good chance of prevailing, but it will be a difficult struggle.

The Right Moves To The Centre

In the meantime, there has been excitement elsewhere on the right. Moshe Kahlon’s centre-right Kulanu (All of Us) Party has added former ambassador Michael Oren. Not only does Kahlon hold a strong reputation as a reformer, he is adding still other powerful and well respected personalities. His list of party candidates will grow and so too will his popularity. Although Ovadia Yosef’s daughter Adina Bar Shalom has decided to remain in Shas, several of the personalities I discussed as possibilities for Kahlon’s List in a recent article remain in contention. Kahlon has yet to rule out the possibility of joining with the left if they should win the election. He is thus open to whatever results Israeli voters hand the next Knesset.

This is also true for Liberman and the Yisrael Beteinu (Israel is Our Home) Party. While YB ran as part of a joint list with Likud in the last election, (Likud-Beteinu) Liberman has divorced his party from that joint list and plans to run independently of Likud. Liberman refused to rule out his party’s participation in a government led by the left. He, too, wishes to see what the election results hold. Netanyahu slammed Liberman’s position, arguing that a vote for Yisrael Beteinu is a vote for the left; in a bid to earn back disgruntled Likud voters who have turned to YB.

As part of several reforms approved last year to Israel’s Basic Law, or semi-constitution, the Knesset raised the minimum threshold for earning seats in the Knesset from 2% to 3.25%. This higher threshold will certainly bring on the end of Kadima and Balad, and good riddance to the latter. No one will miss Haneen Zoabi and her incitement against Israel. This higher threshold means Israel’s Arab minority will have to settle for two parties. Ta’al-Ra’am (United Arab List) and Hadash (New) will likely earn seats in the Knesset. The higher bar for entry will also mean that fewer new parties will come on the scene and smaller parties will have to alliances with other small parties in order to earn seats.

Fruitcakes Want Their Piece of the Pie

Eli Yishai is disgruntled by Aryeh Deri’s domination of Shas. As a former leader of the party, Yishai feels he should hold a more prominent place. He has thus departed Shas, a party that has already been hurt by the death of its leader Ovadia Yosef. In polls Shas stands to lose several seats in the next Knesset. United Torah Judaism (UTJ) may become the more prominent Haredi (Ultra-Orthodox) party in Israel. 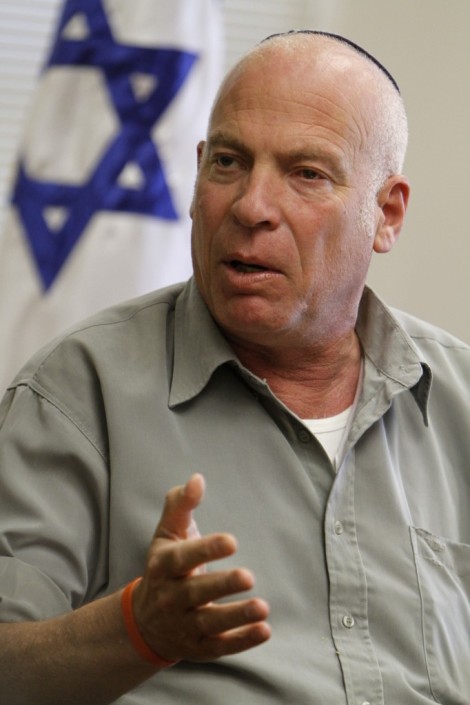 The orange bracelet on MK Uri Ariel’s wrist is a vestige of the anti-disengagement protests. (photo credit: Miriam Alster/Flash90)

At the same instant, Uri Ariel and T’kuma (Resurrection) the religious right branch of the Bayit HaYehudi (Jewish Home) Party are also looking to split. They are dissatisfied with Naftali Bennet’s leadership. He has been pushing the party away from its religious roots toward a more sensible secular right position. Uri is considering a departure from Bayit HaYehudi.

Rumors abound that Eli Yishai and Uri Ariel may be discussing a new party list. This list would have to achieve more than 3.25% of the total number of votes in order to hold seats in the Knesset. Still more interesting is the possibility that the rightist Otsmah Yisrael (Strong Israel) Party might also join this Ariel-Yishai list. Otsmah failed to achieve the 2% of votes necessary to earn seats the the previous Knesset and thus stands no chance of earning seats in the current Knesset on its own. Otsmah’s best chance at earning one or more seats would thus be as part of an alliance with another list. Is there a possibility of a T’kuma, Yishai, Otsmah list? Imagine, all of Israel’s greatest political pariahs in the same party! One can only hope that Israeli voters would have the sanity and decency to deny such a list entrance into the Knesset. This is one list of parties the Knesset can do without.