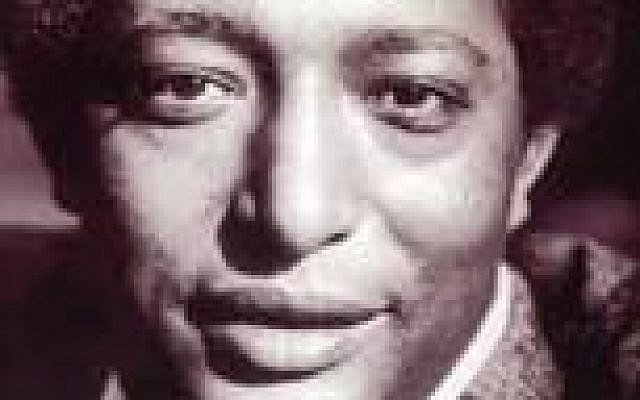 On December 27th, 2020, I had the privilege and honor of attending a memorial service commemorating the 10th anniversary of the late Baruch Tegegne. I was invited by a good friend of mine and daughter of Baruch, Yaffa Tegegne. I was incredibly moved as I witnessed dignitaries, community leaders, and young activists all speak about the imprint the Ethiopian Jewish pioneer has made on their lives.

Baruch Tegegne paved the way for Ethiopian Jews to return to their ancient homeland of Israel after nearly 3000 years in exile. In 1964, Baruch studied in Israel with goals to return to Ethiopia and teach his community. When he returned, he found that Jew-haters had burned his old school down. In 1974, he traveled on foot through Sudan with intentions to go to Israel; a route that hundreds of other Ethiopian Jews would take in their journey. We at IBSI highly recommended reading his biography, Baruch’s Odyssey – An Ethiopian Jew’s Struggle to Save His People. 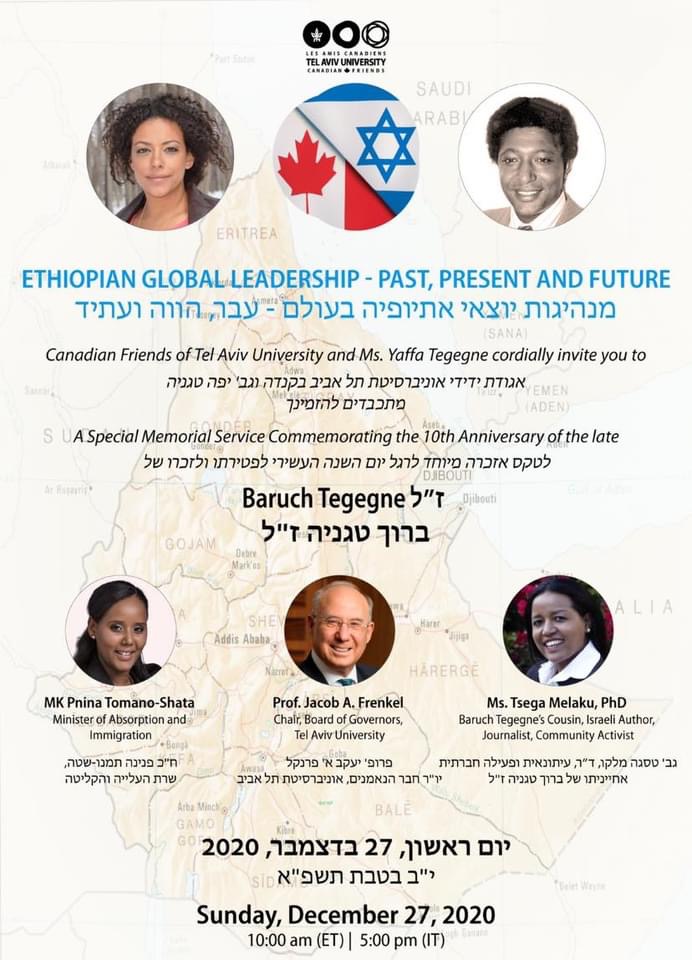 Poster for Commemoration of Baruch Tegegne

In Baruch Tegegne’s commemoration, one of the things that his daughter Yaffa spoke about was an MA program the Department of Biblical Studies at Tel Aviv University’s Rosenberg School of Jewish Studies and Archaeology is launching called Orit Guardians. Named after the Ethiopian Bible, “Orit,” Orit Guardians safeguard Ethiopian heritage by preserving ancient sacred Ethiopian texts, empowering young educated Ethiopian Israelis, and strengthening their status in society. This program is the very first of its kind, and though it only launched in October of 2020, it has already yielded invaluable results for Ethiopian students. An excerpt from the previously linked article states below:

Biblical scholar Prof. Dalit Rom-Shiloni, who leads the initiative, explains: “The Scriptures of Beta Israel are accompanied by oral traditions of translation and interpretation, as well as prayers composed by the Kesim[religious leaders] for their communities through the ages. These cultural treasures are in danger of extinction, if an urgent effort is not made to document and preserve them – and this is our main goal. To our great delight, we found enormous enthusiasm among educated and socially aware Israelis of Ethiopian descent, who wish to safeguard their heritage for future generations.”

With this amazing program, it is important to note that currently in Israel, average income for an Ethiopian family is only 25% of the national average, and because of this, many parents cannot afford to support their children through college. In the face of this, YaffaTegegne has created the Baruch Tegegne Fund for Ethiopian Students, an annual scholarship program for Ethiopians to attend Tel Aviv University and have a network of support throughout their studies. We at IBSI implore all who read this to make a contribution to this scholarship program and help ensure the preservation of both Ethiopian heritage, and the dignity of the Jewish people.