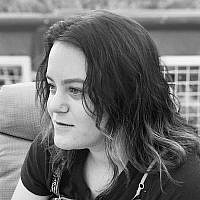 It was the second day of Rosh Hashanah 5782. I got up in the morning and went to the outdoor minyan with my mask on. After Musaf ended I headed over to Amudim’s Beit Midrash in Modiin for kiddush and the chag meal. That’s where I learnt about Justice Ruth Bader Ginsburg’s death. I immediately had an anxiety attack about what that would mean for women’s rights in the United States. At the time the President of the United States degraded women every chance he could get. “Grab ‘em by the pussy” rang in my ears that morning after I learned of the death of the Notorious RBG. We talk about legacy in Jewish spaces a lot, and what it means to leave a legacy. To me a legacy is leaving something bigger than you when you move onto the next world. Just some of Justice Ginsburg’s legacy is the case of Sternberg V Carhart, which was about Nebraska’s partial abortion ban, which was brought to the high court on Roe V Wades 40th anniversary. And then again in the case of Gonzales V Carhart

The overturning of Roe V Wade in the United States, will have irreparable damage to our society at large. This decision not only affects cis women, but also the transmasculine community (the transition from woman to man), and the non-binary community. It affects females more under the poverty line than females in the upper class. (The use of female here is to signify biological sex, not the societal notion of gender.)  If a person is in the deep south, where abortion has been banned completely (most of the southern states and some in the midwest had a trigger law if the overturning of Roe v Wade happened, which those laws went into affect), and if you are below the poverty line it will be incredibly difficult to travel to one of the safe states to get an abortion, or even if it’s just to order an abortion pill off one of the safe and approved sites can be incredibly risky to the abortion seeker at hand, especially in Texas where there is a bounty on females who left the state to get an abortion and on doctors who performed them.

We know what a pre Roe v Wade world looked like, my generations (generation z) grandmothers remember a time before Roe V Wade, when women would hemorrhage and die, after a failed back street coat hanger abortion. Hospitals used to have separate wards for these women post abortions, to try and save their lives. Have we really returned to this in the United States? The unnecessary death of women, because men can’t seem to fathom what it means that women can have power over themselves. Have we reentered a world where teenage girls will need to drop out of high school? Where women in college and university need to suspend their studies? Are we about to take that away from women, take away their fair shot at building the lives they want for themselves?

Three waves of feminism later, and 20 year olds are fighting the same fight our grandmother’s fought for when they were 20 years old. They fought so we wouldn’t have too, and now here we are fighting the same fight to protect a woman’s right to bodily autonomy. This overturn is a is a racist and classist policy. As I mentioned early if you have money you can travel and handle the expenses of an abortion. But where the overturning of Roe V Wade will be felt most is in the south where large portions of the black community live, and unfortunately these communities tend to be made up of the lower class who might not be able to afford to miss work to receive an abortion, either an abortion pill or a surgical one. For example, if a white senator in a southern state impregnates his mistress, he can fly her out to California or New York for an abortion. But consider a black mother of five, already working two jobs. She can barely make ends meet as it is, there’s no way she can get to a safe state. This ruling creates a deep chasm between the classes, and the American dream is harder to achieve.

Ruth Bader Ginsburg did everything in her power to protect women’s rights, and to move the United States forwards not backwards. After her death we were scared we’d be wearing robes of red, so we held her legacy up as long as we could, and we still are. But this time we are fighting like hell.

About the Author
Nitza Goldman is a 21-year-old Jew from Las Vegas, Nevada who made spent two years learning at Midreshet Amudim, before making Aliyah during their shana bet at Amudim.
Related Topics
Related Posts