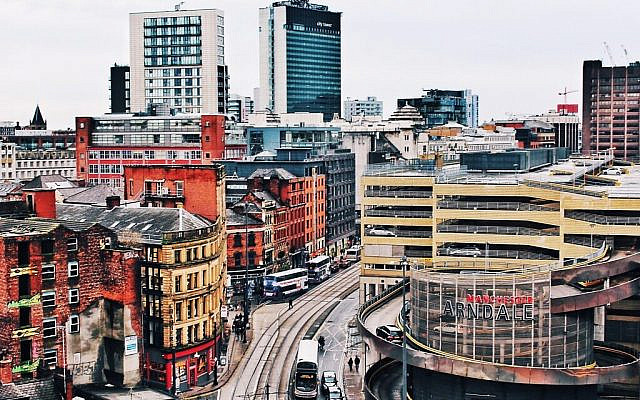 After a £6 million refurbishment, the Manchester Jewish Museum is going to be reopened in July. Part of it is the 1874 Sephardi synagogue and its restoration is great news.

The problem with museums, though, comes when their controllers want to support a modern view, even if it doesn’t fit in with the true history of the past.  I’m not suggesting this is the case with Manchester but there is often a tendency to gloss over the historical facts and paint a picture of continual harmony. The lessons of the past are often distorted. Marie Antoinette didn’t say “Let them eat cake”.

Bill Williams who died in 2018 at the age of 86, knew most about the development of Manchester Jewry in Victorian times. He wrote an excellent book on the subject.  There are certainly lessons for subsequent  generations to learn.

The first is that Jews are brilliant at developing new industries. This comes from not being allowed for centuries to take part in traditional occupations. Manchester benefited from the new textile trade, based on the Industrial Revolution. Jewish agents came to the new city to represent their clothing firms back home. They were mostly Sephardi and because many spoke Arabic, the Ashkenazim called them Yakipaks. The first synagogue was built in 1824 in Halliwell Street for the existing small community and was Ashkenazi.

Next is the massive efforts the richer Jews made to help their poorer brethren. Charity has ennobled the Manchester Jewish community for all its existence.

The element of Manchester’s Jewish history which is likely to be pushed under the carpet, is the fact that the greatest threat to the authority of Chief Rabbi, Nathan Marcus Adler, came from Manchester and, specifically, from Rabbi Dr. Solomon Schiller-Szenessy. (1820-1890) Schiller-Szenessy  spent years trying to create a new office, that of District Chief Rabbi in the North of England. In this he was supported by many of the lay leaders who controlled the community. They wanted to rule the roost, independent of London.

Almost unique, Schiller-Szenessy was fair competition for Adler. He, too, had semicha, which was very unusual in ministers at the time, he was a brilliant preacher, an excellent teacher, he had a distinguished record supporting his brethren in Europe and he was a Talmudic expert.

Within the Manchester community there was also Tobias Theodores, (1808-1886) who wanted to adopt many  of the German Reform practices. He questioned the divine origin of the Talmud and argued against rabbinism. He taught German at Manchester University.

So in the 1850s there was a party who wanted Schiller-Szenessy to take on many of the responsibilities of the Chief Rabbi, another which wanted to set up a Reform synagogue, a large number of Ashkenazi poor who remained Orthodox and a large party who had always supported Nathan Marcus Adler. There were also two Ashkenazi Orthodox communities, following a breakaway by young, foreign immigrants who wanted to challenge the original lay leaders.

Eventually Nathan Marcus Adler came to Manchester with Sir Moses Montefiore, the acknowledged lay leader of the British Jewish community and gained the support of the majority of the community. Schiller-Szenessy became the minister at a new Reform synagogue, but resigned because he didn’t agree with many of the changes the new community wanted. He finished up  cataloguing the Cambridge University Hebrew manuscripts.

I think it can be agreed that volatility, rather than harmony, was the keynote of the early Manchester community. No doubt this will be recorded.