The Blogs
Paul Mirbach
Apply for a Blog
Please note that the posts on The Blogs are contributed by third parties. The opinions, facts and any media content in them are presented solely by the authors, and neither The Times of Israel nor its partners assume any responsibility for them. Please contact us in case of abuse. In case of abuse,
Report this post.

Our caretaker Prime Minister loves his press conferences. Especially when he feels he is on solid ground, and that he is not going to have to face uncomfortable questions about his corruption or political mendacity. He revels in the role of the nation’s protector, shielding us from calamity. After three press conferences in as many days, you can see how he savors every moment in front of the camera, kvelling in the knowledge that millions of people are hanging on his every word.

To be fair, his leadership in these times of anxiety is reassuring. There is comfort in the knowledge that our Prime Minister is taking this crisis seriously and has a handle on the situation. There is no doubt that in a situation like this he cares for the country’s citizens. I was reminded of his management of the Carmel forest fire tragedy in 2010, which I also felt was worthy of praise. However, after twenty-five years of experience with Netanyahu and his machinations, this feeling of reassurance is accompanied with a niggling feeling that there must be an ulterior motive accompanying his tireless management of this national crisis. Truth be told, when a person is mercenary enough to use the remains of a long lost fallen soldier from a war 38 years ago as an election stunt for his political gain, one can be forgiven if one was to not dismiss the possibility that he is capable of manipulating this current crisis to favor his personal legal and political needs as well.

That said, I believe he is doing the right thing, and although the measures may be more alarmist than necessary as of today, I would much rather we erred on the side of caution. As of the time of writing this article, Israel has 200 confirmed cases of the Coronavirus. This figure is relatively low, considering the frequency with which Israelis are used to traveling abroad and that it has been a month since the first confirmed case. I believe that the restrictions imposed to contain the spread of the virus have so far been effective, vindicating the decision to place the country in a virtual lockdown.

Last night, further measures were taken; all businesses related to fitness, leisure and lifestyle have been closed. There is a restriction of no more than ten people in any gathering, while we are called upon to respect the “two-meter rule”. Schools are closed. Sporting events have been suspended. Nearly 40,000 people are in quarantine, including 2500 members of the medical staff. Perhaps disturbing, although also reassuring, the Prime minister has given the green light for law enforcement and security to employ electronic surveillance on citizens to make sure they don’t break quarantine. When Big Brother meets Tough Love.

However, along with Israelis gritting their teeth and applying self-discipline – after all, lives are at stake – one can feel the anxiety and panic in the air. I was in the supermarket on Friday. Panic buying was evident, as was the staff working feverishly to replenish the shelves almost before they were emptied. Masks and latex gloves were used in abundance and there was an alertness concerning people around you, keeping an eye open and an ear cocked for anyone coughing or sneezing. And, as can be expected – we are in Israel, after all – there was an underlying aggression from customers guarding their personal space; heard at the meat counter, “Hey, move back, you’re too close”. Or, in the vegetable section, “Don’t breathe on the produce”. Eyes darted left and right. Anyone could be a suspected carrier of the virus. Fear. It was discomforting. 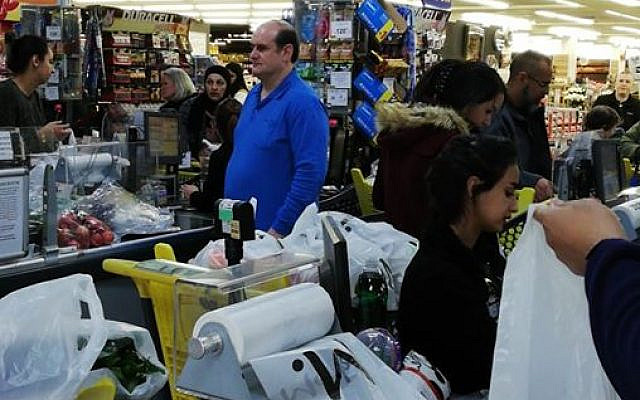 Even I experienced it. Two weeks ago, I mentioned in passing at work that a family on Tuval had been placed in precautionary quarantine after returning from a holiday in Italy. People at work started giving me a wide berth, as if I was now a potential carrier, even though I had not even seen the family for over a month! Then, abruptly, the manager approached me (approached is not really the right word, he came no closer than five meters) and ordered me home. This, without even determining the circumstances. Just the fact that I lived on the same settlement with this family, who was not even diagnosed but quarantined for precaution, was enough to deem me a health risk. The situation was eventually resolved after I presented the manager with a green light from Magen David Adom, but it is an example of the fear which is gripping us all.

And, this fear drives us. “Don’t go near that house, they’re in quarantine”. “Avoid that supermarket, someone who bought there has been diagnosed with Coronavirus and you might use the same trolley”. I am reminded of how societies spurned and expelled lepers, exiling them in colonies, removing them from society, like they were untouchables.

How can society and everyday life function this way?

There is an island in Crete called Spinalonga. Set in the Aegean Sea, the water is crystal clear like a sapphire. The island seems to float on the water, seemingly unattached to the ocean floor. It stands out, like a precious stone set into a ring on a shapely finger. In 1903, it became a leper colony, to isolate people suffering from Hansen’s Disease from the healthy population. The contagious disease was regarded with horror. Before it became a leper colony, lepers had to wear bells to warn people of their approach, because who would run the risk of catching an incurable, fatal disease? (Sound familiar?) It was this fear, this discomfort, which motivated the citizens of Crete to exile the lepers to Spinalonga. People were torn from their families, some no older than ten years old. Never again would they feel the comforting hug of their mother or the stroke of her hand on their head. They were dropped off on the island and left to their own devices. Forgotten, but for the supply ships which would drop off food and occasionally some clothing, according to the meager allowance they were granted. And, maybe some letters, expressing how much they were missed and news of the family of which they were no longer a part. It is simply heartwrenching. 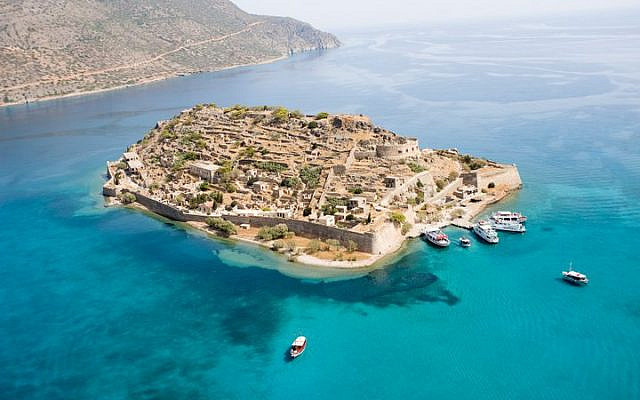 We can learn from Spinalonga. While we distance ourselves from one another physically and refrain from traditional displays of affection, at the same time we should be sensitive and aware of what our friends and colleagues who are in quarantine or even infected are feeling. This isolation, this removal from society, albeit temporary, heightens the feelings of loneliness and abandonment, of being an outcast. It needs to be countered with constant communication – a phone call, a text, to remind them that in today’s world there will be no Spinalonga among us.
We will get through this. However, the manner in which we get through this will determine what kind of society we will be once it is over.

About the Author
Paul Mirbach made aliya from South Africa to kibbutz Tuval in 1982 with a garin of Habonim members. Together they built a new kibbutz transforming rocks and mud to a green oasis in the Gallilee. He served in infantry during his army service, serving in both Lebanon and the West Bank, including on reserve duty during the first intifada. Paul still lives on Tuval with his wife and two sons.
Comments