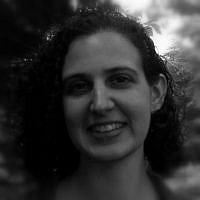 The Blogs
Joella Klinghoffer
Apply for a Blog
Advertisement
Please note that the posts on The Blogs are contributed by third parties. The opinions, facts and any media content in them are presented solely by the authors, and neither The Times of Israel nor its partners assume any responsibility for them. Please contact us in case of abuse. In case of abuse,
Report this post.

If you were inspired to spend this past 4th of July weekend touring the city where the United States was born, chances are you will stop by to see the Liberty Bell, Philadelphia’s most recognizable attraction. As for me, while I grew up about 20 minutes away, it was only in recent months that I finally learned the Bell’s true history while studying to be a local tour guide. And learned that it had more meaning to me, as a Jewish-American, than I had expected.

The nickname “Liberty Bell” comes from the passage inscribed across the top: “Proclaim liberty throughout the land unto all the inhabitants thereof.” That’s from our Bible, of course, or what Christians call the Old Testament. A cute side note is that the Hebrew Bible belonging to Isaac Norris, the Quaker who chose this quote, still survives: his father-in-law once said of him “if had as much skill in ye Greek as he had in Hebrew he would merit the general reputation of a learned man.” Standards were tough in those days, huh?

So anyway, what is this “liberty” that the Bell is celebrating? As Philadelphia was the headquarters of the American Revolution, is is often assumed that the Bell celebrates freedom from British rule. Not the case though: the Bell predates the Revolution by more than twenty years. Rather, a major part of the liberty most likely celebrated – and here comes the Jewish tie-in – is religious freedom: both freedom of expression and freedom from legal discrimination on religious grounds.

The Liberty Bell was commissioned by the Pennsylvania Assembly to celebrate the 50th anniversary of a remarkable document, William Penn’s “Charter of Rights and Privileges” issued for the citizens of the state in 1701. It provides for “Liberty of Conscience”, declaring: “no People can be truly happy, though under the greatest Enjoyment of Civil Liberties, if abridged of the Freedom of their Consciences, as to their Religious Profession and Worship.” It is therefore wrong to “molest or prejudice” Pennsylvania citizens due to religious belief.

This document was one of the factors which made Philadelphia, the “City of Brotherly Love”, a true melting pot from early on. It was once the only city in the English-speaking world where Catholic Mass could be openly conducted. And of course, the Jews had their congregation, Mikveh Israel, where prayers went according to Sephardic liturgy, but Yiddish was often spoken. A bit of a Jewish melting pot, if you will. For many years, historians believed that the Bell itself was transported to the colonies from England on a ship belonging to Jewish merchant Nathan Levy, the founder of the Mikveh Israel congregation. That story appears to be too good to be true though, as academic consensus in more recent years gives the honor to a different ship.

While progressive for its time, Penn’s Charter was not without its limitations. First, the freedom from being “molested or prejudiced” only applied to those who accepted the existence of one God. Fine for Jews, but atheists and polytheists were not yet in the club. Next, when it came to actually serving in government, the rules got stricter: only those who professed belief in “Jesus Christ, Savior of the World” were eligible. True “happiness” for Philadelphia Jews – fully equal citizenship – was yet to come.

Pennsylvania was hardly unique in this regard; prior to the American Revolution all thirteen colonial governments had some sort of religious restriction when it came to government service. The Declaration of Independence in 1776 presented an opportunity for change, as former colonies convened constitutional conventions to set up their new governments as states. New York and Virginia did abolish religious tests for office-holding at that time. The Jews of Philadelphia, home of the Liberty Bell, were not so lucky though. Government service in their new state was now conditioned on swearing an oath of belief in the truth of both Old and New Testaments. More politically significant than the Jewish issue, this kept out Quakers, the original founders of the colony, as their religion forbids them from swearing any oaths at all.

As for Philadelphia’s Jews, they bode their time, and for the most part threw their support behind the revolutionary cause. But once the war was over, they decided it was now the proper moment to speak out. In 1783, a delegation from Synagogue Mikveh Israel addressed the state government, complaining that restricting Jews from holding government office made them, in essence, second-class citizens: it was “a stigma” upon their “nation and religion.” Referencing their service to the Continental Army as well as their general record as good citizens, the Jews of Pennsylvania, the delegation declared, “stand unimpeached of any matter whatsoever, against the safety and happiness of the people.” No immediate response was taken.

Several years later, in 1787, delegates from across the thirteen states met in Philadelphia to draft a new federal Constitution. Mikveh Israel member Jonas Phillips sent them a passionate letter. He pointed out that restricting members of a certain religion from political office was in effect a limit on freedom of conscience, and begged that the new national government not repeat Pennsylvania’s mistake. He wrote, “I solicit this favour for myself, my children, posterity, & for the benefit of all Israelites through the 13 united states of America.”

Phillips need not have worried; the political winds were on his side. Weeks before the letter was received, the Convention in its secret proceedings had already approved Article 6 of the new Constitution: “no religious test or oath” would be required to hold office in the new government. Should the Constitution be ratified, the Jews of the United States would be the first of the Diaspora to be legally eligible for full participation in the political leadership of their nation – no office, not even the presidency would be theoretically out of reach. True liberty of conscience, the promise of the Bell, would finally be achieved.

There was debate on the matter throughout the thirteen states. The possibility of “Jews and Mohamedans” in high office was objectionable to many. But in the end, as we know, the document was approved. In Philadelphia, the official ratification of the Constitution was marked by a public parade and festival, which included various symbolic manifestations of type of new country being formed. Among the paraders, special care was taken to have leaders of the most disparate religions walking together arm in arm. Observer Benjamin Rush noted:

“The Rabbi of the Jews, locked in arms with two ministers of the gospel, was a most delightful sight. There could not have been a more happy emblem contrived, of that section of the new constitution, which opens all its powers and offices alike . . . to worthy men of every religion.”

After the parade, the City had set up tables with food and drink for the celebrants. Included was a table serving kosher food to accommodate the Jewish citizenry. Not quite bagels and lox, but pretty close: bread and “soused” (apparently pickled?) salmon. Almonds and raisins as well. Philadelphia’s Jews had officially arrived.

Two years later, a new constitutional convention was held for the State of Pennsylvania. The religious oath requirement for office was eliminated without serious debate. (However religious test oaths did remain in place in several other states; the last to eliminate them was North Carolina in 1868.) As for the Liberty Bell, the verse from Leviticus it excerpts is one referring to the Jubilee year, in which, among other benefits, slaves are to be set free. Obviously the new country of United States had a long way to go when it came to other meanings of liberty, and the Bell was seized on as a symbol both of the Abolitionist movement and later by the Suffragettes.

Liberty continues to mean different things for different people. For American Jews freedom from England led to freedom from legal limits to full participation in the political life of their country – at least on the national level.

So to my fellow Americans: a belated Happy Independence Day 🙂

About the Author
Joella Klinghoffer is a free-lance writer and a certified Philadelphia tour guide; She lives in New Jersey.
Comments