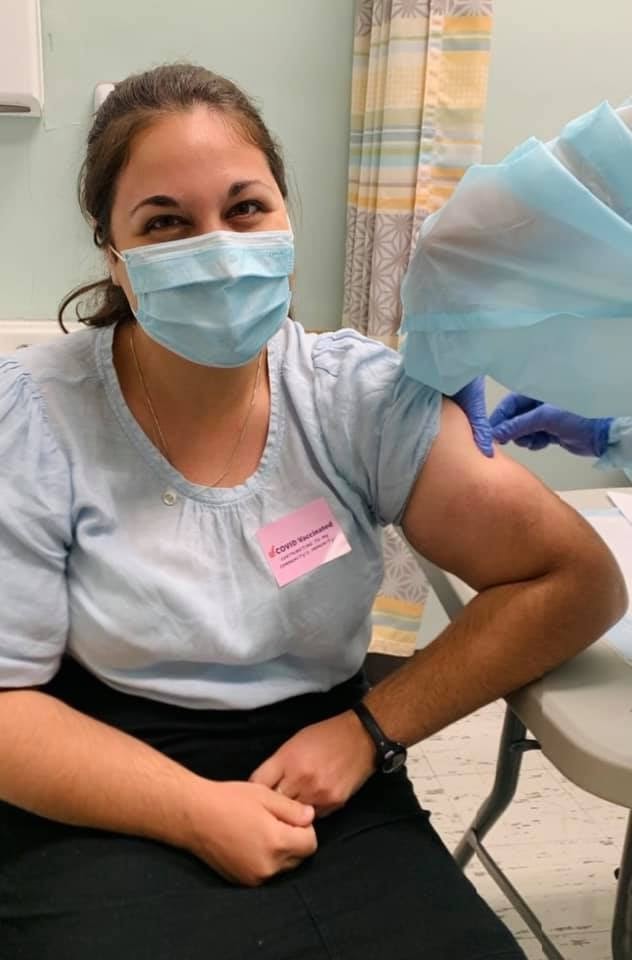 (Photo courtesy of the family)

There is a light at the end of the tunnel. We’ve all seen them – the pictures of people getting vaccinated, people who include our friends, family members, doctors, and maybe even some of you who are here today. For me, talking to my cousin the night before she got vaccinated made it feel more real — there really may be a path forward out of this pandemic, even if that path is still many months long. However, what awaits us at the end may or may not be a return to what we had before, and that is true especially for certain groups more than others.

In our Parashah, too, there is an end in sight to a time of darkness. We the readers know that the famine that our characters have been experiencing has a fixed length – 7 years – and we know that Joseph has stockpiled plenty of produce to last the Egyptian people through that challenging time. Once Joseph’s family has joined him in Egypt, we might expect the story to move on, to skip to the end of the famine, and tell us what happens next. 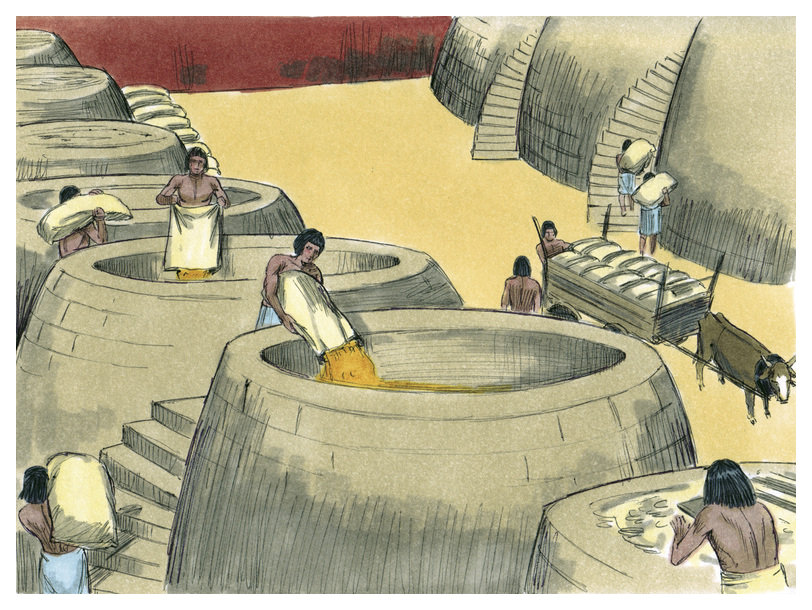 However, this isn’t what happens. Joseph’s encounter with his brothers is only two years into the seven. After the reunification, we are told that the famine rages on for five more long years. We learn more about the system that Joseph has set up to distribute food. Although he had collected the extra produce from the bountiful years as a forced contribution, he is not distributing it as a handout: any who want grain must pay for it. The Egyptians have now run out of money to buy food, and so Joseph finds another way for them to afford sustenance. First he accepts livestock as payment, and when that has run out, he accepts land, and then the Egyptians themselves. The Egyptians will give Pharaoh their land, and in exchange, Joseph will give them food. Joseph relocates them throughout Egypt, and demands that in the future, they will give Pharaoh one fifth of all of their produce in exchange for the right to be in their new homes. That may sound like a low tax rate to some of us, but the Torah makes clear that this is a subsistence farming situation: “When harvest comes, you shall give one-fifth to Pharaoh, and four-fifths shall be yours as seed for the fields and as food for you and those in your households, and as nourishment for your children.” It seems that once the people have given Pharaoh his share and set aside seeds for the next season, they have just enough to sustain themselves, and no more.

By the time the famine ends, Egypt has been transformed into a serfdom. The famine may be over for the land, and for the priests and the royals, but for everyone else, their lives have changed forever. They no longer own their property, they live where Pharaoh tells them to live, and they are forever dependent on Pharaoh.

It didn’t have to be this way. Joseph could have distributed grain for free, or in proportion to what people put in before the famine began. He could have charged less to begin with– a midrash notices that the people all ran out of money at the same time, which seems unlikely to happen naturally, so the rabbis suggest that Joseph charged people according to what they had, so that their money would all last the same amount of time. If he could do that, he could have charged them less so that their money would last the full 7 years, but Joseph doesn’t take that path. He takes the harsher way, the approach that says that if you can’t afford something, you can’t have it. 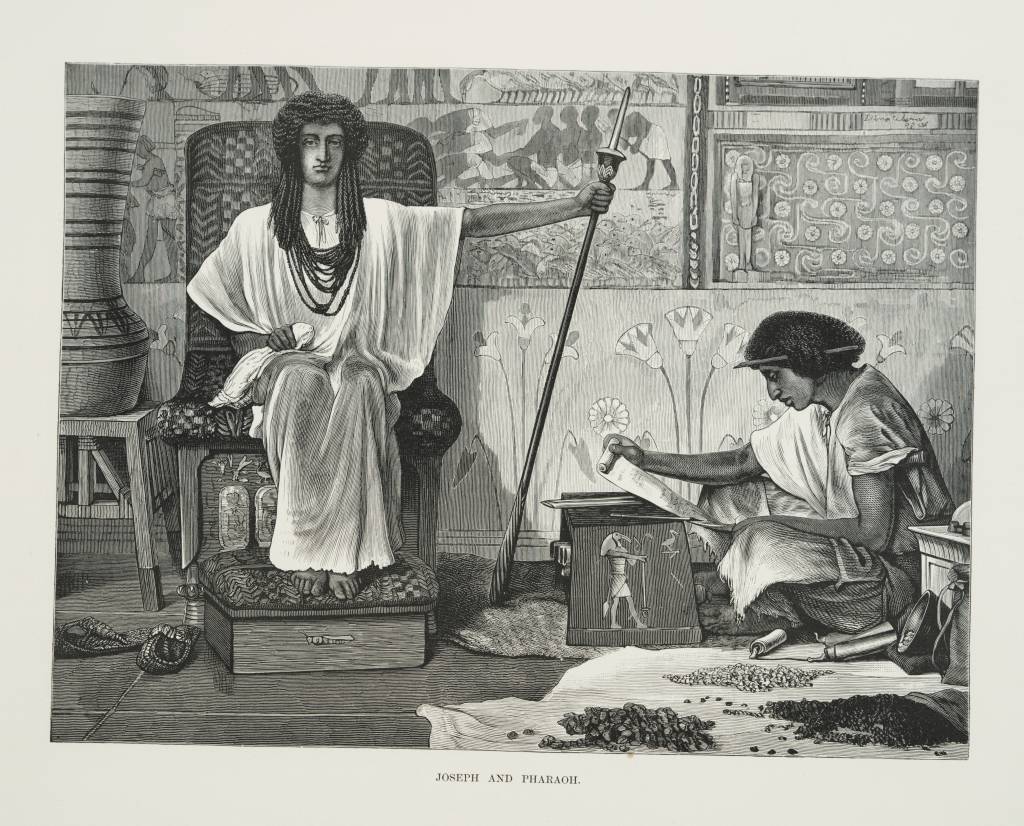 We might understand how Joseph, who had been nearly murdered by those nearest to him, and who managed to find his way from the lowest pit to the highest office in the land, might have felt resentful towards people who he may have seen as having it easy. Nevertheless, his choice destroyed the lives of an entire citizenry, and in fact, a midrash understands the Israelite’s slavery as being fair retribution for Joseph essentially enslaving the Egyptian people.

Today too, the crisis that is the coronavirus pandemic may end up having long-term consequences for particular groups within society that last far longer than the virus itself. While many office workers have kept their jobs, some fields have been decimated, and some of the people who have lost their livelihoods were already living on the edge. As many of us learned last week on our Human Rights Shabbat, the pandemic was particularly devastating for people who were already right on the edge of financial stability who may have lost their jobs due either to illness or vulnerability to illness, or because their jobs were eliminated due to shutdowns. Furthermore, many of us are aware that the burden of childcare has fallen disproportionately on women in our country, and many fear that the setbacks for women’s financial equality will take decades to overcome. The pandemic hit hardest the people who were the most vulnerable, and those growing inequalities aren’t going to mend themselves.

I read a terrible story in the paper the other day:  Apparently, the distribution of the vaccine in certain hospitals in New York was handled so poorly that individual doctors, nurses and other health care workers started fighting with one another to get the vaccine.  The approach was: everyone is in it for themselves.

We can find a model for a way forward if we look back to our parashah. We, the Jewish people, are not descendants of Joseph. We Jews, Yehudim, are descendants of a different one of Jacob’s sons, Judah, and at the beginning of our Parashah, Judah gives us another way forward to care for each other.  The key, and opening word of this week’s parashah is:  “VAYIGASH:”  “And he approached.”  The word described what Judah did in order to express his plea before Joseph.  It’s an unusual word, so the rabbis invest it with much significance.

They see it as critical in determining what followed.  Had Judah not approached Joseph, none of what we read today would have happened.  It was only by approaching and pleading with Joseph that reconciliation was possible. It was only by Judah realizing that he not only had to promise his father — as he had — that he was going to take responsibility for protecting his brother Benjamin; he also had to actually take responsibility. He had to step up to the plate. He had to be the brother he should have been years earlier when all the brothers ganged up on Joseph and threw him into the pit.

That was a key turning point in the story, and it taught, one would think, an important lesson to the brothers, namely, that it is only by relating to one another as a family could they get themselves out of their mess, could they succeed. And in fact, Judah didn’t even know that Joseph was family when he first approached him. And yet, because of his open approach, he rediscovered his long-lost brother.

The same is true of all of us. As this pandemic is about to conclude, we have an opportunity in front of us, and that is: to decide what kind of society we really are.

Are we a society that cares for the most marginal, most vulnerable among us?  That choice lies before us. Do we want to treat others as our nation’s serfs? Or do we seek to eliminate involuntary servitude, and provide for others as we would wish to be provided for? Can we be a society that treats each other as if we are, in fact, family?

These next six months will be critical to answering those questions.