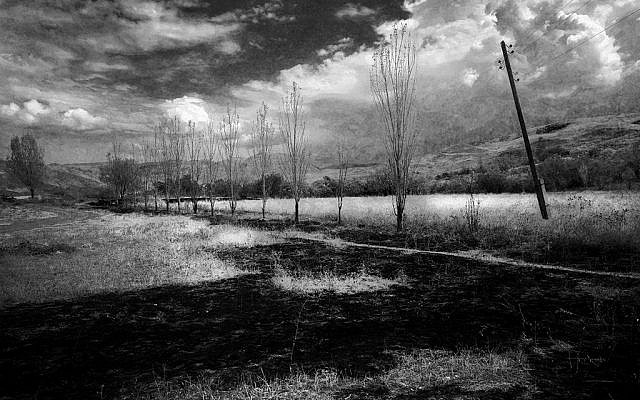 Photographer Alex Bronfer generously provided the illustration for this blog. See his work at http://www.bronfer.com/

A warm, dry storm filled with powdery sand from the Sahara desert is sweeping through the house. Leaves and twigs swirl through the air. It has been 16 years since André died.

We were in Philadelphia, USA. We had waited for three and a half months while his sick liver got worse. Our 14-year-old and 18-year-old were preparing their Halloween costumes when the message came: An organ has arrived. A donor liver.

“The chances are fifty-fifty,” the doctors said, as they prepared us for surgery. We got the wrong fifty.

André’s body could not accept the new liver. Who would be able to convey to the most joyous man in the world that his life was now over. I still hope he never quite understood the verdict. Two days after the failed transplant, with his stomach cut open, closed up again and the mission incomplete, his body gave in.

Death from ‘natural causes’, it said on his death certificate, which I got translated and notarized so that the whole world could understand. Not a word about the surgery. Not a word about the Hepatitis C virus that had scarred his liver for 30 years and had ultimately killed him. Had it been today, doctors could have administered antiviral medication, and André’s liver would have recovered.

The kids went to the Halloween party while I wrapped up our temporary American life. We flew home with André’s ashes in a black plastic box. Dissolved in tears, I did not have the patience to answer the security staff at the airport who insisted on knowing what was in that box. We scattered his ashes upon the waters of the Mediterranean.

From being a family, a four-wheeled wagon, we were now a carriage of three. We had to keep moving forward.

Ever since, André has smiled his joie de vivre smile at me from our growing children’s faces – and from the photograph on my bedroom wall. That is the first thing I see every day when I open my eyes.

On October 16, 2018, at 2.30 pm, a text message arrived: The results of your scan can now be downloaded from our website. Sender: the hospital. I had no clue. I had not really understood why I had been sent to do a PET- CT scan, thinking it was just a form of a routine health check and that everything would be fine. As always.

I stopped breathing as I read words that were not addressed to me but as a letter from one doctor to another. Nevertheless, it was impossible not to understand: pathological amounts of radioactive material absorbed throughout the body.

The biopsies and blood tests showed the same.

As I clicked on the scan images, I saw the bright spots. As if a Christmas tree light garland was winding through my entire body.  Hanging on my internal organs, lighting up my lymph nodes, in the armpit, under the collarbone, around the lungs and heart. The intestines were most beautifully illuminated by lots of small pricks of light.

I feel a tingling in my hands as the blood begins to return. A new life is about to begin. My new status: cancer patient.

The wind is throwing things around. As if through a filter, I hear branches clattering against the windows and glass breaking somewhere. It is probably at the neighbors I think, and take another look at the light garland snaking through my insides.

I am still me. The same as before this triple marathon into nothingness. There is nothing at all, not the slightest hint that what I see and read is about me. But it is.

I am on my way to bed when I discover that André has been blown off the wall. His smiling face now lies in the middle of a pile of glass shards.

I sway. For a moment, I feel as if the ground is opening under my feet. Deep breath. At the top of tomorrow’s to-do list: to buy a new picture frame for André.

His face so full of life is back in place, smiling at me from the wall.

This is my first blog and the first chapter of my book The Lights Within, you can read more about the book and buy it at: www.hannefoighel.com

Photographer Alex Bronfer generously provided the illustration for this blog. See his work on his website.