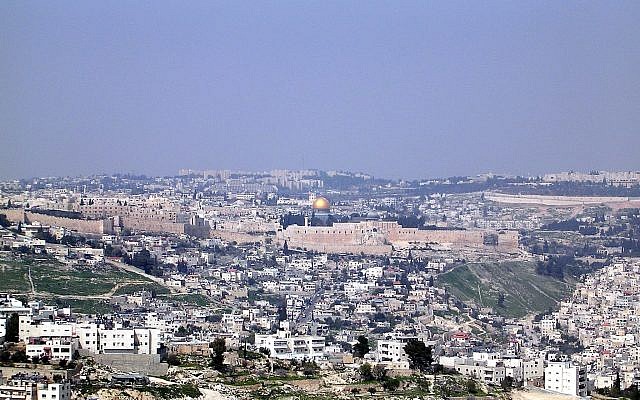 Where is this mountain?

Usually we think of Har HaMoriah as the Temple Mount in Jerusalem as God instructed Avraham (Breisheet 22:2) to go to the Land of Moriah and offer Yitzchak as a sacrifice on one of the mountains. Also, Avraham called the place HaShem Yireh which sounds like Moriah.

Rashi and Tosafot point out that Har HaMoriah could also be a name for Har Sinai (Mount Sinai) since at the time that the Torah was given a fear came upon the idolaters as it says (Tehilim 76:9) “From Heaven you made judgment heard, the earth feared and was still.”

In addition, Har Sinai, the spot where the Torah was given is the place of horaa (same root as Torah).

What is the link between these two Har HaMoriahs- Har Sinai and Har HaBayit?

In Parshat Trumah, we read about the Mishkan (Tabernacle) which according to Ramban ensures that the glory of God that was revealed to B’nai Yisrael at Ma’amad Har Sinai continues to remain with them.

Just as God spoke to Moshe at Har Sinai, He will continue to speak to Moshe from the Mishkan as it says in Shmot 25:21-22: “Place the cover (kaporet) on top of the ark (aron) and place the Testimony (edut) in the ark that I will give you. I will set My meetings with you there and I will speak with you from above the cover, from between the cherubim that are on the Ark of Testimony. All that which I will command you concerning B’nei Yisrael.”

Ramban explains that the public glory (kavod) that rested on Mt. Sinai would rest privately on the Mishkan. We see the public glory in Shmot 24:16: “The glory of God rested on Mt. Sinai and the cloud covered it for six days. On the seventh day, He called to Moshe from the midst of the cloud.” The public glory is also described in Dvarim 5:21, “You said, ‘Look! Hashem, our God showed us His glory and his greatness, and his voice was heard from within the fire; today we saw that God can address man and he will survive.” The private glory is found in Shmot 40:34-35: “The cloud covered the Tent of Meeting (Ohel Moed), and the glory of God filled the Mishkan. Moshe was unable to enter the Tent of Meeting because the cloud rested on it, and the glory of God filled the Mishkan.”

In Dvarim 4:36 we see how God spoke to B’nai Yisrael at Mt. Sinai: “From the sky He made audible to you His voice (kolo) to teach you, and on earth He showed you great fire, and you heard his words from within the fire.” God spoke to Moshe at the Mishkan (Bamidbar 7:89) in a similar fashion: “And when Moshe would enter the Tent of Meeting to speak with Him (God), he would hear the voice (hakol) being spoken from the kaporet (ark cover) which is atop the Ark of Testimony from between the two cherubim; and He spoke to Him.”

Ramban points out that the two gold cherubim can be compared to the fire at Mt. Sinai. Just as God spoke at Mt. Sinai through the fire, in the Mishkan He speaks from between the two cherubim.

The next step in the journey was bringing the Mishkan to the Land of Israel and eventually placing it in its final destination, the Beit HaMikdash (Temple) on the Temple Mount in the days of King Shlomo (10th Century BCE).

At that point, God’s glory which was on Har Sinai was transferred by the Mishkan to Har HaBayit.

We learn from each Har HaMoriah the lesson of humility. Neither Har Sinai nor Har HaBayit are as tall as Har Carmel or Har Tavor yet they were the mountains where the Shechina (Divine Presence) rested. The Mishkan as well teaches us humility as it was built of the precious possessions that B’nai Yisrael selflessly donated.