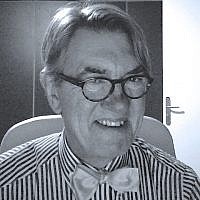 Unless you’ve been sleeping under a rock for the last few days, the worldwide howls of protest over the shooting of Cecil the Zimbabwean lion can hardly have passed you by. Cecil was, it seems, quite well-known, having been heavily tracked and studied. He was shot by a bowhunter, as if this is somehow more sportsmanlike that using a hunting rifle, by a Minnesotan dentist whose future practice looks now to be somewhat jeopardised, so loud has been the condemnation. The Internet being what it is, his office has been overwhelmed with excoriation, protests and graffiti, including, it would appear, death threats.

It was not so very long ago that nobody really turned a hair over animals being killed in the course of rich men’s entertainment. In Spain, bulls are killed slowly for sport and the British still mount horses and turn packs of beagles loose in the countryside in search of foxes; ‘the unspeakable in pursuit of the uneatable’, as Oscar Wilde put it. Animal rights, in existence as a proposition since around the early 1900’s has gained considerable moral high ground in the last fifty years, so much so that most people are rather dismayed that licensed hunting is still permitted in many parts of the world. Their dismay arises out of the way in which the narrative has evolved, where speciesism has become as ugly a concept as racism, but without quite the same definitively ubiquitous meaning.

The slow, persistent erosion of one belief-system is what allows another to displace it and gain wide acceptance, using a premiss that enlightened thinking always trumps the politics of the savage.

Sometimes, the more worthwhile overtakes and supersedes. Sometimes it doesn’t and the world has seen the slow erosion of other belief-systems which have formed part of a differently shaped story.

The Palestinian people have taken on a mythology created and devised from a propagandist politic of victimhood and oppression, fuelled and supported by left-leaning European and American media, so much so that a virtual ‘nation’ exists whose members by definition are at war with the oppressor, and who are more and more being shaped and processed in the international courts of public opinion. All that really remains is that the world accepts the fiction that the oppressive Israelis, land-grabbing and apartheid as they are so readily painted, can just hand over what doesn’t belong to them. This, together with the imprimatur of the UN will seal all expectations and give the oppressed what they so desperately want. They have a flag. They have a people, but, they are not a state or a nation.

And as things are, they never will be.

The media only carries so much momentum. Cecil’s champions will eventually settle down and find other protests to attend. The dentist may eventually be allowed to resume his work and quite possibly go bowhunting again, because that is his right, whether we like it or not. And, quite legally, people will still settle in Judea and Samaria, not in defiance of public opinion, but because they have every right to be there. The cloud of unknowing that proposes two coexisting states side by side in peace and harmony may float in European drawing rooms, but not where it matters, on the ground where the people are. There does exist a groundswell of largely silent educated Arab and Israeli opinion that realises the futility of endless mass manipulation which can only lead to a conflict without end. It is to be hoped that these still small voices of reason will grow in volume and authority and redefine the flawed narrative that has passed for fact for far too long.

About the Author
John MacArthur is a retired teacher, living in Paris, a wild olive branch, reluctantly grafted. He doesn't much like the idea of 'belonging' anywhere but Israel is the place he feels most at home.
Comments