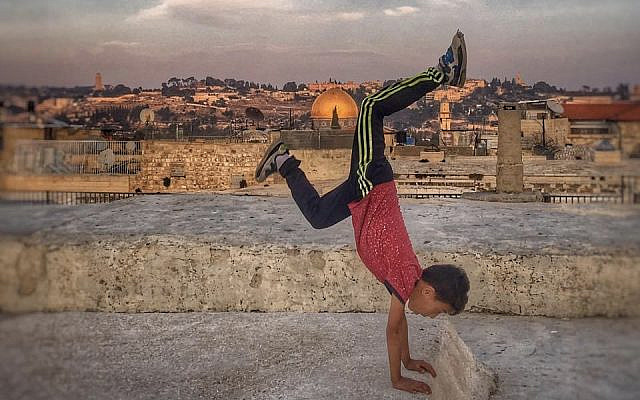 “You’re the one who likes stories, right? Ok, I’ll tell you one about heroes and chocolates and old streets and blue doors,” the taxi driver told me as we drove through the hills of Jerusalem.

“Once there was a little boy in the Old City. He lived with his parents and his big sister. His grandparents lived next door to them. The entrance to their property was through a narrow blue door in the middle of the wall. And inside that wall, there was a garden and a fountain made of blue and white tiles with a gazelle in the middle. 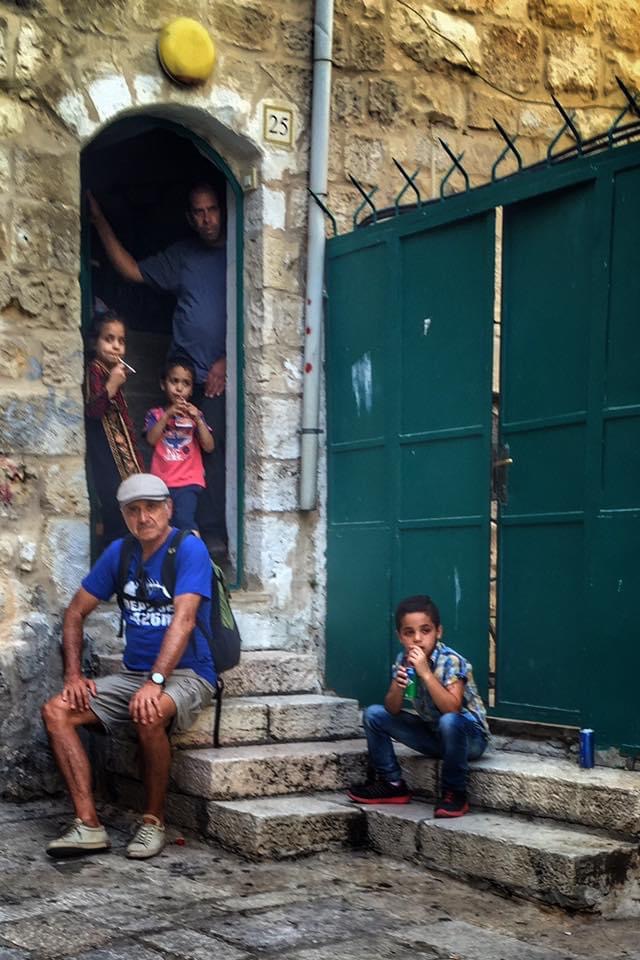 The little boy would go visit his grandparents every day. He loved both us grandparents, but he especially loved his grandfather. His grandfather liked to take him on his shoulders through the Shuk and buy him candy. The boy loved the sounds and the colors and the smells all around him. He liked being able to see the whole world from the safest place he knew – his grandfather’s shoulders. They would stop at the same sweet shop and every time the boy would beg for chocolate – American chocolate! The boy’s parents didn’t want him to eat so much chocolate but his grandfather would spoil him.”

“That is all grandfathers. It is their job to spoil their grandchildren,” the driver answered.

“Anyway,” he continued “The boy thought his grandfather was the strongest man in the world, he admired him more than anyone else… until one day, he saw the others. The men in uniforms with guns. The little boy admired them. They looked like the heroes in the movies! The little boy was excited and he wanted to run to them, but his grandfather said ‘no it is not safe. They are not here to protect us. They only protect the others.’ And that is when the little boy realized that there were others – people who spoke another language, who wore black and white. He hadn’t noticed them before but now he saw. And he saw that these people had more power then even his grandfather, the strongest man in the world because they had the soldiers.” 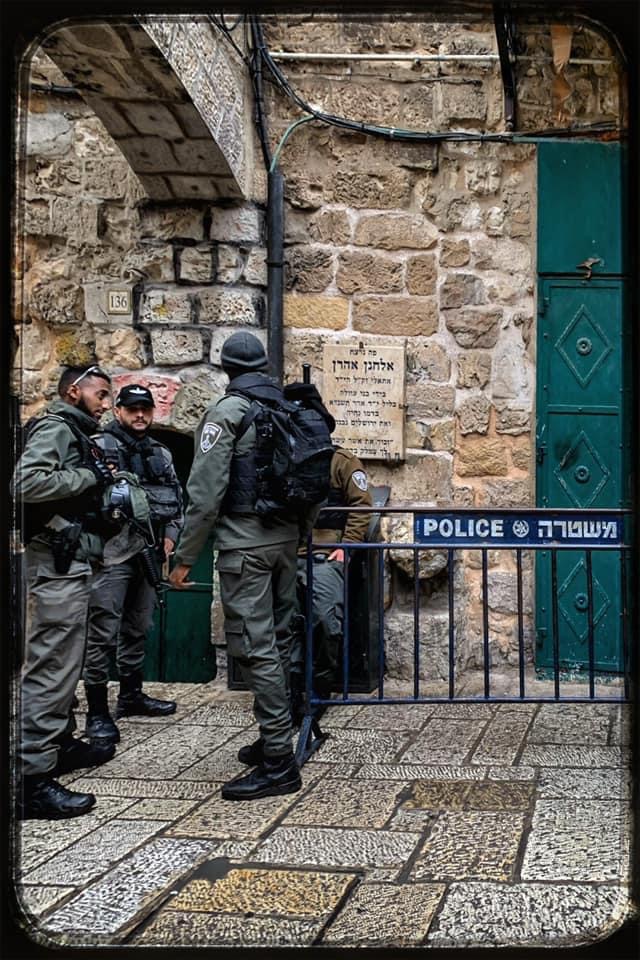 “What did the little boy do?” I asked.

“He wanted to meet them. He wanted to be a soldier. But his grandfather told him no, that it wasn’t safe. And so his grandfather bought him more chocolate. But the little boy insisted that he wanted to be a soldier. So his grandfather bought him one of those – you know – a GI Joe action figure. A plastic soldier. The boy loved it. He loved his plastic hero. He slept with it next to him. He took him for walks in the Quarter. Until one day he got lost and ended up in another Quarter where everyone wore black and white, and then he met another boy – a boy who was older and bigger than the little boy, a boy who spoke the other language, the language of the soldiers.”

“What happened?” I asked.

“At first, the little boy was excited! He wanted to play! But then the other boy took his GI Joe and ran away.” 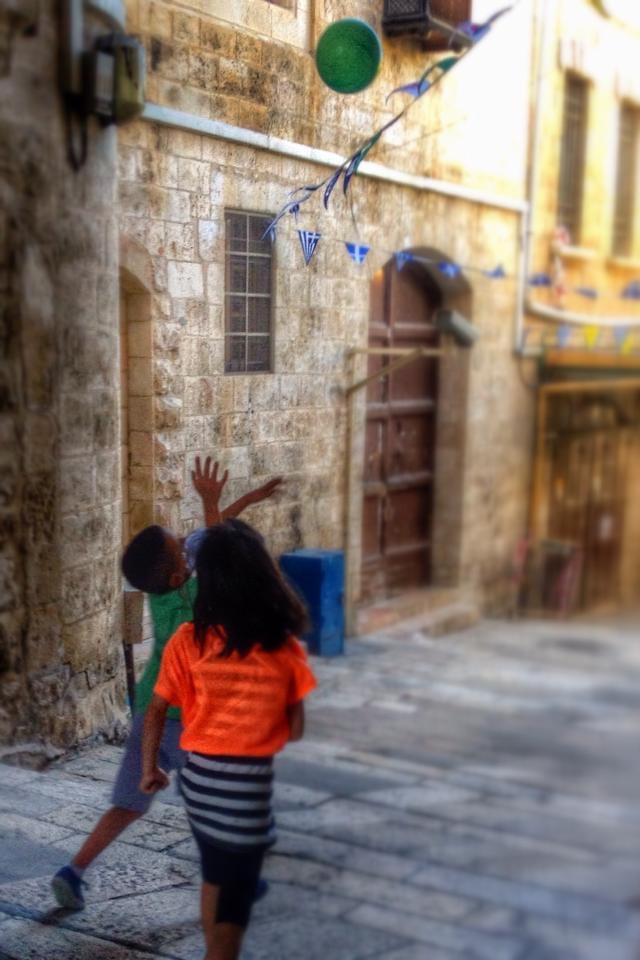 “But then the little boy felt bad because even though the other boy was bigger and stronger it was two against one. He told his grandfather and his grandfather told him he should go back and apologize like a man.  So the little boy went back the next day. And he waited to the older boy by the blue door. And this time they played together as equals with the GI Joe until the other boy’s mother saw them and yelled and screamed and frightened the little boy and chased him away back to his quarter with a broom.”

The driver stopped. And the story just hung there in midair.

“The little boy grew up.

The driver rubbed his eyes.

“Look. It’s simple,” he said, and I saw his eyes fill with tears that he tried to blink away. “I lost my GI Joe that day. I must have dropped it when I was running. I never saw it again. I went back and looked but it was gone. I looked for the other boy but he was gone. I never saw him again. And by then I was also too big to ride on my grandfather’s shoulders through the Shuk – he was too old, I was too big, so everything changed. Everything changed. So now I am driving a taxi and telling you this story like it happened to someone else.”

“Maybe one day you’ll find your GI Joe somewhere in Jerusalem,” I said, and even as the words came out I knew how empty it sounded, how stupid – even offensive.

“Oh come on,” he said and rolled his eyes. “That was 30 years ago. It was just a bit of plastic anyway. My grandfather is long dead. I’ve stopped looking for heroes ever since.” 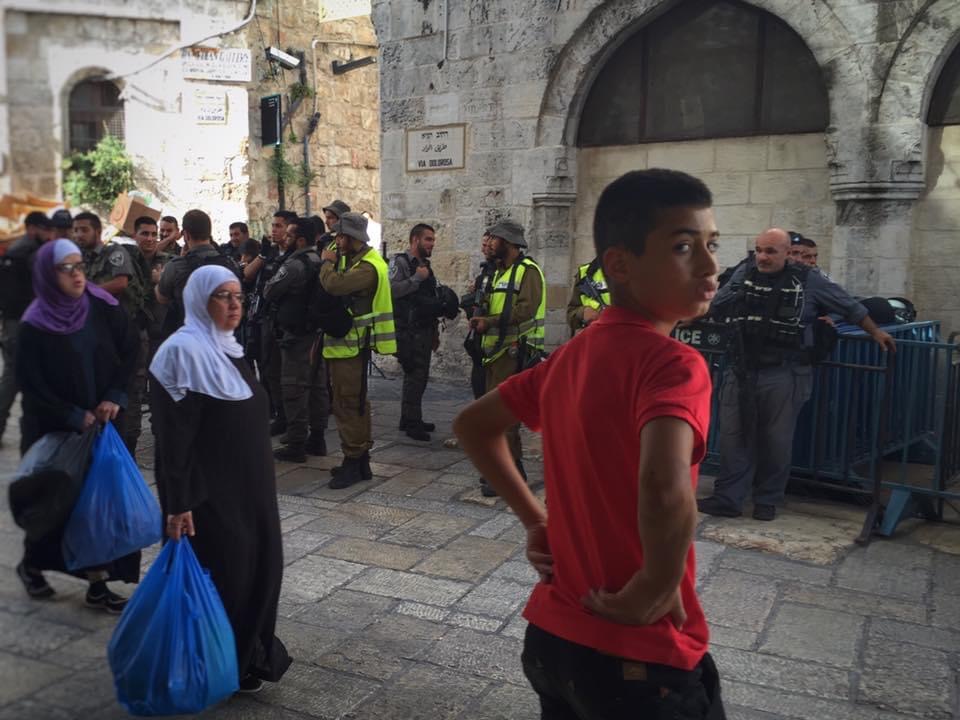