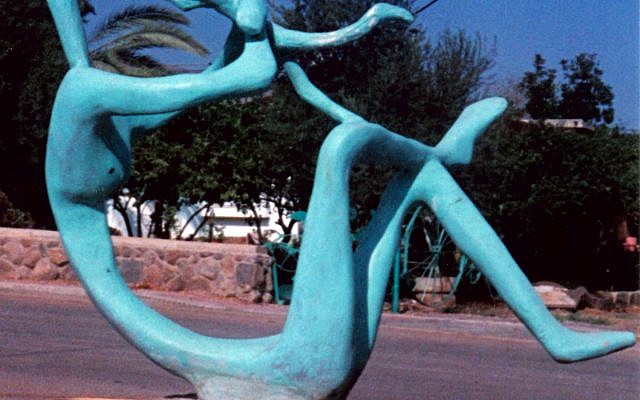 Mother & child by Shimon Drory (Photo by shimondrory via morguefile.com)

An 8-year-old Palestinian boy drowned in a ditch, a 10-year-old South Georgia child strangled by a 16-year-old brother, 13-year-old Gianna Bryant killed in a helicopter crash along with her father Kobe and seven others. The indescribable devastation their families feel cannot be imagined. Each of these carry their own especially painful twists.

Qais Abu Ramila was sent by his mother to go buy pita at the neighborhood store in East Jerusalem, slipped into an overwhelmed rain reservoir, and died. Searches were conducted, relatives said they saw him get into a car, residents were upset, someone tweeted that Jewish settlers had killed the boy, Hanan Ashrawi retweeted – and later apologized her retraction – while Congresswoman Rashida Tlaib retweeted, later deleted, and never apologized for helping to spread falsehoods and fan flames of hate. The story nearly blew up the city. And while some want to blame the municipality for not taking care of infrastructure, I can only imagine the guilt I would feel for having sent my young child out in the first place.

There isn’t much in the news about what happened in South Georgia, but the story does indicate that an older son strangled his younger sibling. How can parents even process that? How can they be there for one child while mourning another? Incomprehensible to me.

And the world is mourning along with Vanessa Bryant and her remaining children. Kobe was 41 and Gianna was only 13. One loss is horrifying enough. How can she and her kids deal with compounded loss like this?

About 13 months ago I blogged about a difficult week when a number of children had died, each under awful circumstances as well. “I cannot envision, nor do I want to envision, what it must be like to lose a child,” I wrote. “I am not even sure how to take that depth of grief and transform it into something else.” That kind of  grief never ends. In the last few days, the news reported on so many other heartbreaking stories of children being taken before their time, and from so many different causes: a 10-year-old killed in a home invasion, a 12- year old boy killed and his older sister injured in a house fire, a 3-year old killed from a shooting, another 3-year-old killed after being run over in her driveway by the car her mother accidentally left in neutral, and another child hit and killed by a car on a street.

I did not intend to create a morbid list of loss, but I do want us to each recognize how precious life is. No family should have to face children being taken so soon in their lives, no parent should have to endure such unbearable pain. And while we want our children to be safe, we must be careful in our vigilance not to allow our fears to unreasonably dictate and restrict our children’s lives – or to make them fearful. As we nurture our little ones, watching them grow into capable adults, we must each do what we can to provide a safe world. Not just for them but for all children.

May all these mourning families find some degree of comfort in the memories they have of their loved ones. And may we all stay safe.