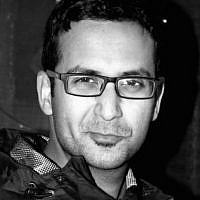 The Blogs
Saif Tahir
Apply for a Blog
Advertisement
Please note that the posts on The Blogs are contributed by third parties. The opinions, facts and any media content in them are presented solely by the authors, and neither The Times of Israel nor its partners assume any responsibility for them. Please contact us in case of abuse. In case of abuse,
Report this post. 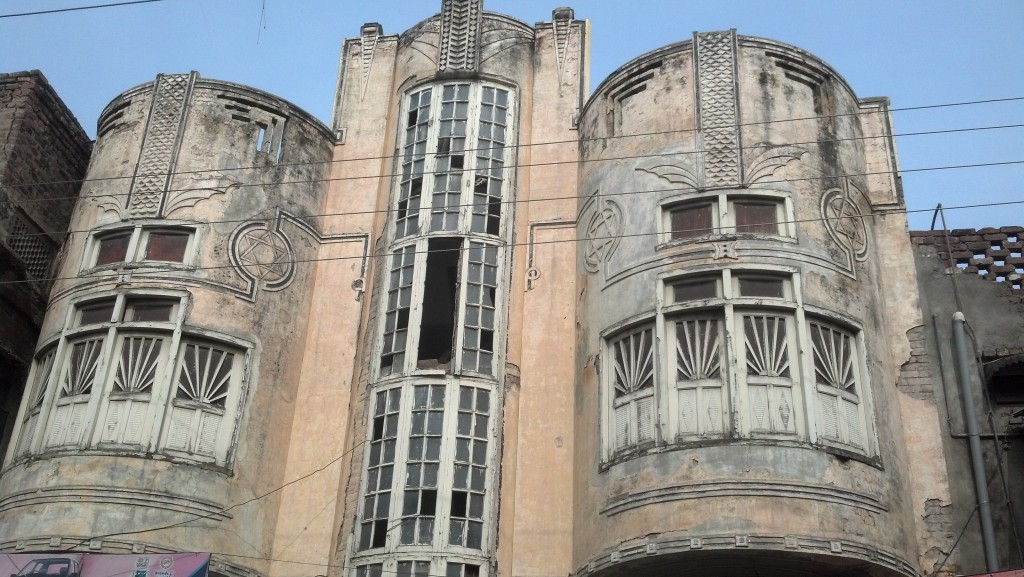 While roaming in the streets of Babu Mohallah, one can easily spot an old yellow building with peculiar features. Standing amongst the old and new buildings of Nishtar Street, the tall, 3-story building with an odd texture and colonial features grabs your attention. What makes the yellowish old facade more intriguing are two prominent Stars of David on the top that, despite all hatred and revulsion, have survived almost a century. The building, former Coal Center and the present Rehman Manzil, is the only intact Jewish architecture in Rawalpindi.

Rawalpindi, a 1000BC historical city, General headquarters of Pakistan Army and the twin city of Islamabad has a lot more to tell than its bureaucratic ties and military tales.

Babu Mohallah is one of the old neighborhood and business hubs of the city. Known today as Asia’s leading car parts markets, it has one feature that makes it more considerable; its rich cultural heritage. One side stands the grand Bohra Mosque with a thriving Bohra community, right next to it is the old Victorian church with a Hindu temple in the back street. The Jewish building on Nishtar street lies in the middle.

The front elevation seems preserved as compared to other colonial and pre-partition buildings in the area. Two David stars are quite prominent on the top while Masonian symbols of compass can be noted on the doors along with bat wings on the top that symbolize good luck. The building resembles a synagogue in India that was constructed by the Jews from Iraq and Iran in late 1800s. The affluence and grandeur of a wealthy class is quite marked and parallel in the two infrastructures.

The history of Jews in Rawalpindi dates back to 1839 when many Jewish families from Mashhad fled to save themselves from the persecutions and settled in various parts of subcontinent including Peshawar and Rawalpindi. They were traders therefore Babu Mohallah the then business center and the proximity of Railway station suited them and they settled in this area. According to 1901 census and Rawalpindi Gazzete, Mashadi Jews were a thriving tribe of Rawalpindi. However, after partition, many families migrated to Bombay and the rest left gradually in late 60s. At present, the word ‘Jews’ is only limited to an old British administrative gazette in TMA building opposite Gordon College which is not open to general public and academics.

This beautiful building that was once used as synagogue and assembly hall is in shambles. It is occupied by three families who refuse to talk to visitors and discourage to look from inside. The locals say there used to be some other such buildings in the area but they were either demolished or renovated to obscure the identity and with the passage of time new plazas and multistory residential buildings took their place. A similar building is present in Ahata Mitho Khan that once had the same carvings and David stars but was recently renovated and converted into a spare part market, Khan Market.

Despite some articles on Jews in Karachi and a slight mention of Mashadi Jews, there’s apparently nothing on Rawalpindi Jews, their lifestyles and worship. Because of proximity of GHQ and religious sites, the area is also quite sensitive. The locals are resistant to talking about the community, some because of hatred, and some because of fear. The act of defiance not only lies with the locals, but it’s also rooted within the government as well. While wandering among the streets, you will be stopped and interrogated by officials. The locals are also resistant to talking about the history and don’t give much information. However an old resident who was born in the neighborhood in the late thirties said something astonishing. “There were Jews living in the city till late 90’s. Although the family moved to some other city, they still come and visit these streets.”

Most of us are unaware of the fact that Jews were once an active part of our community and are still living in this country. The 2013 census shows an astonishing number of 809 who declared themselves as Jews with majority women. Pakistan, a non Arab country that was never technically at war against the Jewish state is one of its staunch opponents. There are a number of Jewish families living in Tel Aviv who identify themselves as Pakistani. Despite undeclared defense ties and cooperation, our hostility towards the Jews is virulent. Our dislike is evident in our attitude towards their infrastructure that is also part of OUR history. These buildings carry a history, lineage and culture. We better preserve it for our next generation rather treating them the way we are treating our minorities, as one British journalist puts it, “Being a minority is to be a scapegoat — an unnerving experience in Pakistan.”

About the Author
A researcher by profession and a photographer by passion who blogs as Androon on facebook.
Comments