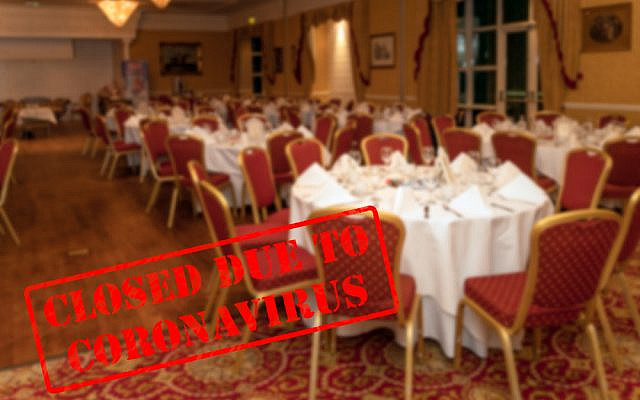 It is not exactly a secret that the coronavirus pandemic has had a horrible impact on the entire world. This is a medical crisis that has already killed millions of people. Furthermore, this has also left an economic crisis in its wake. Many people are getting excited because there is news that a vaccine is on the horizon. Unfortunately, this is not a time for people to let their guards down. In reality, the pandemic is still very much with us. There is a significant difference between making a vaccine and getting people vaccinated. Even though a vaccine has been made, it will not be effective until a substantial portion of the population has received it. Even though many people have put their weddings on hold and are eager to have them, it is more important to wait.

Why Is Having Large Weddings a Problem Right Now?

First, keep in mind that not everyone has the vaccine. Therefore, having a bunch of people in a small area may unnecessarily expose people to the virus. Indeed, a lot of people getting married are still relatively young adults. If they are healthy, they have a low chance of dying from the virus.

Unfortunately, it is not necessarily the bride and the groom that have to be concerned. It is the older people in the audience and individuals who have weak immune systems. If they are exposed to the virus, they can end up developing severe complications. One of these complications could be death.

Furthermore, just because someone will survive from the virus does not mean that they will do so without suffering severe complications. Even those who survived could end up having long-term medical issues as a result of the virus. Remember that someone is vaccinated does not necessarily mean they cannot transmit it to someone else. This is still something that is being researched.

Even though many people are eager to hold a large wedding that will celebrate their love for their significant other, it is better to follow celebrities’ examples by holding smaller weddings. For example, pop star Paris Hilton recently held a wedding of her own. She has a strong understanding of the issues the virus can cause. As Mrs. Hilton recently stated, it was one of her fairytale dreams to have a large wedding. On the other hand, she also understands that the pandemic has created a new world.

Therefore, she opted to have a small, intimate wedding instead. She found her prince charming and only had a few people in attendance at her wedding. Everyone was able to remain socially distant, ensuring that they stayed safe. Even though many people follow Paris Hilton due to her exceptional beauty line, they should also take her advice and stick with a smaller wedding. Or, they should simply put off their wedding until later.

Weddings Have the Potential To Be Super-Spreader Events

Ultimately, the major problem with having a large wedding right now is that it has the potential to create a super spreader situation. This means that the marriage could facilitate exceptional rates of viral transmission. Keep in mind that people who contract the virus at the wedding may not know they have it until several days later. Therefore, they can pass it on to other people when they leave the marriage. Instead of holding a wedding right now, it is better to put the wedding off until later. Or, people should have a smaller wedding instead. That way, make sure the people stay as safe as possible during the pandemic as vaccine rollouts continue.