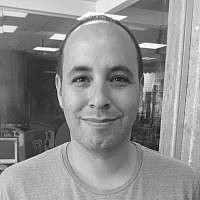 The Blogs
Shai Ben-Ari
Apply for a Blog
Advertisement
Please note that the posts on The Blogs are contributed by third parties. The opinions, facts and any media content in them are presented solely by the authors, and neither The Times of Israel nor its partners assume any responsibility for them. Please contact us in case of abuse. In case of abuse,
Report this post. 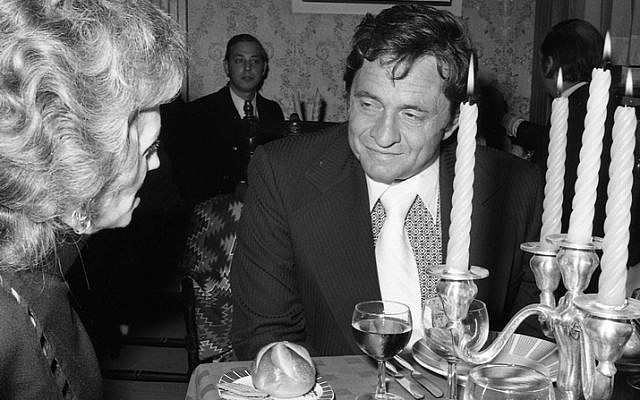 Johnny Cash in conversation with a guest at the reception in his honor in Jerusalem, November, 1971. Photo by IPPA Staff, the Dan Hadani Collection, the Pritzker Family National Photography Collection at the National Library of Israel.

There the breezes tell the stories
Oh, what stories they do tell
Of the mighty things that happened
In the Land of Israel

From “Land of Israel”, by Johnny Cash

A lavish dining room, invitees wearing their finest, a fully-stocked bar and of course, a handful of busy news reporters crowding around the guest of honor – none other than the world’s foremost country music star, the Man in Black himself, Johnny Cash. 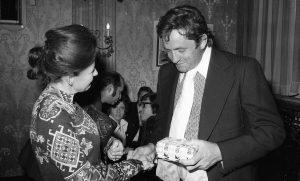 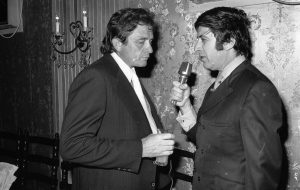 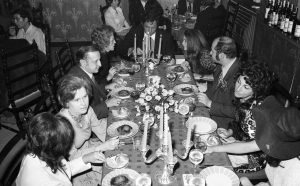 These photos, documenting an event which took place in Jerusalem in November, 1971, caught us off-guard. They are part of our Dan Hadani Collection at the National Library of Israel, which includes well over 50,000 photographs. The pictures had escaped our notice until recently, when our social media manager, who was actually looking for a photo of Israeli pop star Svika Pick, found an image of the local singer showing up to a party being thrown for international superstar Johnny Cash in Jerusalem. 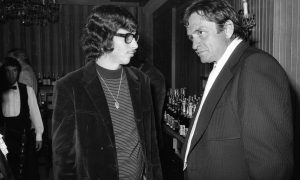 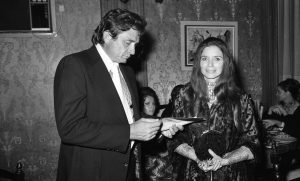 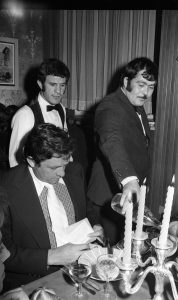 But what was Cash — an iconic American singer and musician in the midst of a triumphant professional comeback — doing in Israel in 1971?

It turns out this was actually his third visit. He first came in 1966, for a religious pilgrimage, visiting Christian sites across the country. Cash was so impressed that in 1968 he returned, accompanied by his new wife, June Carter Cash. This second trip inspired an entire album, “The Holy Land,” released the next year. The record featured songs with such titles as “Land of Israel,” “The Ten Commandments,” and “Come to the Wailing Wall.”

“The Holy Land” is a Christian-themed concept album. It includes interludes between the songs featuring audio recorded on-site at various locations across Israel: a market in Nazareth, a hotel in Tiberias on the shore of the Sea of Galilee, as well as the Church of the Holy Sepulcher and the Wailing Wall in Jerusalem, among other sites. In these spoken-word segments, Johnny and June describe what they see around them in real-time, with surrounding noises and Hebrew chatter clearly audible in the background, along with the occasional tour guide providing explanations of the religious scenery.

These early visits clearly had an impact on the singer. Cash’s next album, “Johnny Cash at San Quentin,” a live 1969 recording in front of an audience of prisoners at a notorious California jail, was one of the best-selling of his career. The record includes a segment in which Cash speaks of his experiences in Israel a year earlier, before introducing the song “He Turned the Water into Wine,” which was written “on the way to Tiberias, in the car.”

Johnny Cash recalls his visit to Israel, during his famous concert at San Quentin State Prison:

It wouldn’t be long before Johnny and June returned, for the aforementioned 1971 visit. While the previous trips were more discreet, this time Cash was given the full PR treatment, with Israeli reporters lining up to interview the country music star, and a fancy reception arranged in Jerusalem. 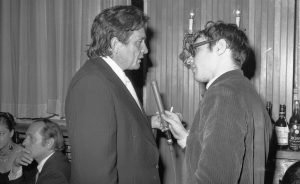 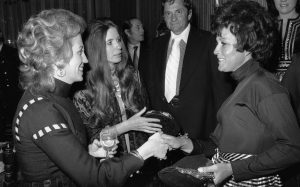 The real reason for the trip, however, was the filming of a movie, narrated by Cash, about the life of Jesus.

While taking a break from the set, Cash spoke briefly with reporter Yossi Hersonski of Maariv.

“I feel that the story of the life of Jesus and his words have been twisted many times by people, who sought to use them for their own selfish interests. The film is meant for everybody. Not just Christians necessarily,” Cash told Hersonski.

The singer’s struggles with alcohol and drugs during the 1960s have been well-documented, but by this point in his career he was experiencing a professional and spiritual resurgence.

“In the past, I’ve known what it feels like to be a stray dog wandering the streets,” he told the Israeli journalist, “I was lonely, deteriorating mentally and physically. But I never became angry.”

The film, “Gospel Road: A Story of Jerus,” directed by Robert Elfstrom, would eventually be released in 1972. In it, Cash can be seen singing from atop Mt. Arbel in the Galilee, his country-tinged gospel music accompanying a swerving helicopter camera shot of the Jordan River. Though the film did not perform well at the box office, it would eventually become something of a cult hit with evangelical Christian audiences.

Cash would return for two more trips to Israel, also involving film projects. During a 1977 visit, he even met with Prime Minister Menachem Begin before setting out to film part of a Christmas special that would be broadcast on American television later that year. It seems he also managed to squeeze in an impromptu solo performance at Hadassah hospital in Jerusalem. 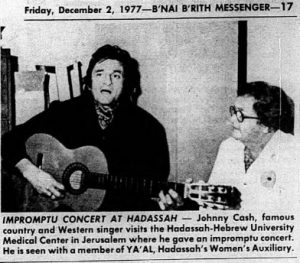 He returned again in 1990, to film yet another religiously-inspired movie, “Return to the Promised Land,” released two years later. Not long after, Cash would begin his successful long-term collaboration with producer Rick Rubin, resulting in 1994’s “American Recordings.” This album would spark another career resurgence for the singer, who was 63 at the time.

Still, for all of Cash’s many visits and creative projects, one of Yossi Hersonski’s questions during his short 1971 interview revealed a missed opportunity. The reporter asked Cash if he would agree to play a concert in one of Israel’s prisons…

“I’d be glad to,” the singer answered “but I’m on my own in Israel, and without the band I ain’t worth much…besides, I haven’t been asked…”

About the Author
Shai is a writer, editor, and journalist who edits the National Library's English blog. He has recently moved back to one of his favorite cities in the world, Jerusalem, where he lives with his wife Maya and their cats Toby and Shimi.
Related Topics
Related Posts
Comments