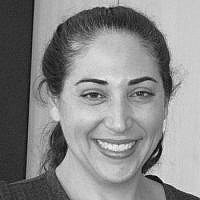 Israel’s short marathon season opens in January in Tiberias. Jerusalem and Tel Aviv hold their respective marathons in March-April, depending on when the holidays fall, a subject that has been a bone of contention since neither city is willing to give up the pre-Pessah date.

March being the fickle ass that it is, Friday wound up being a one-day heat wave. The forecast high was about 36 degrees (roughly 97F). The one saving grace was that it was dry. The Tel Aviv-Jaffa Municipality, concerned about the conditions and with the Health Ministry squawking in its ear, summoned a number of experts and a decision was taken to delay the full 42.2-km marathon by a week. All the other races (half-marathon, 10K, 4.2K, rollerblades, hand cycles) were moved up to allow participants to finish before the heat became oppressive.

Of the 30,000 people who took part in the various events on Friday, some 29,920 finished safe and sound. About 80 required medical treatment for various degrees of dehydration and heat exhaustion. One died, reportedly of heat stroke, although no further details are available and his family apparently decided not to conduct an autopsy. Needless to say, the media had a field day.

A death like this is an awful thing, a terrible waste of a young life. The guy went out to run a half marathon and never came home. That having been said, I’ll let you all in on a little secret, exclusive to TOI readers. Lean in!

But despite claims to the contrary made by people who have no understanding of the sport, it’s not inherently dangerous, provided runners train properly and exercise common sense. Common sense, however, is often sadly lacking. I ran the half marathon on Friday and I saw an astonishing number of people wearing inappropriately warm gear and running hatless, not to mention the number of people who skipped water stations. And yet the vast majority of these doofuses finished the race on their feet. Not everyone was so lucky.

And that’s what Friday’s tragedy on the half marathon course comes down to. Bad luck. No one is at fault, but that hasn’t stopped the media and the public from turning the terrible event into a three-ring blame game circus. An investigative committee has been established to look into how such events are authorized. The Israeli public has the Tel Aviv-Jaffa Municipality in its sights without pausing to think what, exactly, City Hall was supposed to do. Experts were consulted and a recommendation made to push the full marathon back a week and start the other races earlier, a recommendation that was implemented. I ran, and I can attest that there was plenty of water available and – as someone who considers herself unusually sensitive to the heat – that the weather wasn’t uncomfortable. Anyone who drank enough and took care to splash him or herself down periodically had no reason to suffer unduly from the heat.

So back to the 2000+ would-be marathoners. Most accepted that they would be running a smaller, less interesting race a week later than planned. Some had to cancel altogether because the new date presented a schedule conflict. A group of about 30 held a pirate marathon, setting out at 4am, running a half-marathon route and looping back to run another half marathon with the rest of the crowd starting at 6.

But oh, March. This coming Friday, March 22, is also due for unseasonably high temperatures of 27-28 degrees (about 80F). The day is also supposed to be partly overcast, but the city isn’t taking any chances. Oh, no. The marathon organizers have announced that it’s off.

Marathons don’t get cancelled due to weather. (Don’t mention Sandy. That was a once-in-a-generation event, and the hurricane itself had passed by the time the New York Marathon was supposed to take place.) Organizers and runners accept the fact that conditions won’t always be ideal, and part of the sport is dealing with the hand you’re dealt. As it happens, Friday’s hand isn’t that bad. Nothing compared to the conditions of March 15, and by no means dangerous.

Never mind that we 2,000 runners, who spent months and hundreds of hours racking up 800, 900, 1,000 kilometers to prepare ourselves for the event, who stuck to special diets and special schedules and invested in special gear just for the chance to push ourselves to excel at something hard, were disappointed. Life, and running, is sometimes disappointing. The problem is WHY we were disappointed. The city, run by cowards and bean counters who are interested only in passing the buck – even when the buck is sheer bad luck, caved in the face of media-driven public hysteria. They stole our marathon out of ignorance, out of cheap, short-sighted political and PR decisions.

So the upshot of it all is – we don’t run-run-run. At least not Friday, at least not here. There will be other marathons, but this one was ours. 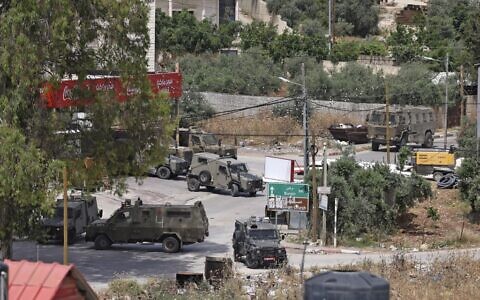