Hopefully you think this is a shocking outburst of hate – but for the faithful who visit the Al Aqsa mosque, it is not at all unusual to hear such calls for unrestrained hatred and violence from the preachers who hold forth at what is considered Islam’s third holiest site, which is known to Jews as the Temple Mount, Judaism’s holiest site.

Yet, even if you follow the news on the Middle East diligently, chances are you know very little about the vile incitement that Muslims are used to hearing there. The mainstream media are largely ignoring it, even though reporting about it would make it much easier to understand why anything to do with the Al Aqsa mosque inflames Muslim religious passions – and violence – so easily.

Moreover, by choosing to stay largely silent on this crucial matter, the media allow Muslim leaders to let this incitement fester and even to amplify it, as the Muslim waqf and Turkish President Erdogan as well as the Arab League have recently done. Indeed, a statement by the Arab League’s Ahmed Abul Gheit illustrates the problem well: he reportedly accused Israel of “playing with fire,” claiming that “no Arab or Muslim will accept violations” against Muslim holy sites in Jerusalem – which in effect tells every “Arab or Muslim” that using the Al Aqsa mosque to get weapons for a deadly terror attack is perfectly fine, while Israeli security measures to prevent a recurrence of such an outrageous incident  are a valid reason to riot and to invoke the specter of an apocalyptic religious war. Indeed, even supposedly “progressive” Muslims like celebrated US activist Linda Sarsour have enthusiastically joined in by promoting false accusations against Israel while maintaining a studied silence about recent Palestinian violence and terrorism.

The Temple Mount has thus become a symbol of Muslim fanaticism; and it is depressing to realize that it soon will be a century since Haj Amin al Husseini, the Mufti of Jerusalem, who later gained notoriety as a Nazi collaborator, first incited murderous Muslim violence with his mendacious fabrications about “Zionist” plots to damage the site’s Islamic shrines. And while the media would like to ignore it, the vile legacy of al Husseini remains well and alive in our time, because the hate-filled rant cited at the beginning of this post is by no means an isolated example: the archives of MEMRI include a large collection of translated clips that provide a revealing glimpse of the intense hatred that passes for pious Islamic teaching at the Al Aqsa mosque.

Among the recent example is a speech by Palestinian preacher Ali Abu Ahmad during a rally at the Al-Aqsa Mosque in early May. The short clip – which concludes with a “prayer” imploring Allah to help Muslims destroy whomever they perceive as enemies and to “annihilate all the Jews” – provides a depressing illustration of the intense hatred and the murderous incitement that is a regular feature of speeches and sermons at what is known as Islam’s third holiest site.

Just two weeks after Ali Abu Ahmad had prayed for Allah’s help to “annihilate all the Jews” in early May, he was at it again, denouncing Trump as “the White House Satan” who is eager to talk with Arab rulers “about moderate Islam.” And once again, this hate preacher implored Allah to “bestow upon us a rightly-guided Caliphate in the path of the Prophet soon. Oh Allah, annihilate Trump and the conspirators. Oh Allah, annihilate all the Jews.”

At the end of May, Palestinian cleric Sheikh Muhammad Ayed, (Abu Abdallah) educated his audience at the Al Aqsa Mosque about alleged confessions of “Jewish schemers,” using the anti-Semitic forgery “The Protocols of the Elders of Zion” as his trusted source to reveal that Jews “are behind all the strife in the world. They cause all the killing, the slaughter, and the destruction everywhere.” The cleric also eagerly anticipated a caliphate, i.e. a powerful Islamic state, that would “clip America’s nails and then move on to chopping off its hands. After we clip its nails, we will chop off its hands, and then we will chop off its feet and drive it out of our countries.”

Similar examples can be found in a post I wrote some two years ago. Back then, I noted that the MEMRI clips show that many of these rants are not formal sermons with worshipers listening attentively. The setting seems more like a Muslim version of Speakers’ Corner, where anyone – any man, that is – who feels like delivering a hate-filled rant against the Jews and the West can do so at Islam’s “third holiest” site. Men and young boys mull around, some stop to listen; yet, it is arguably alarming that the reaction of the audience shows that no one regards it as unusual to be at a supposedly very sacred place of worship and hear non-Muslims demonized and Islam exalted as destined for the bloody subjugation of the non-Muslim world.

The very same Muslim authorities that allow these despicable hate preachers to spread their incitement at one of Islam’s most important mosques have not found it necessary to condemn the terrorists who acted on this incitement and used the Al Aqsa mosque to get their weapons for the recent murderous attack against Israeli police officers. But while these Muslim leaders and their pious followers have no problem with the burning hate that is incited at the Al Aqsa mosque, they will easily be enraged by Israeli efforts to prevent another terror attack from the site. And of course the thought of Jews (or Christians) wanting to pray quietly while visiting the Temple Mount is what enrages them most of all.

The media will continue to keep largely silent about this, because reporting about it would risk being accused of “Islamophobia.” The bitter irony here is of course that the hate preachers who are allowed to hold forth at Islam’s supposedly third holiest site regularly tell their audiences things that would make even hard-core Islamophobes blush. If you want to know why efforts to achieve an Israeli-Palestinian peace agreement have all failed, listen to the hate preachers of Al Aqsa; if you want to understand what motivates young Muslim men (and sometimes women) to commit gruesome terror attacks, listen to the hate preachers of Al Aqsa — and listen to them also if you want to comprehend why the Middle East is a bloody mess. 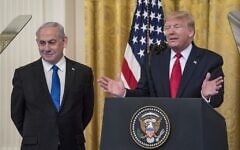