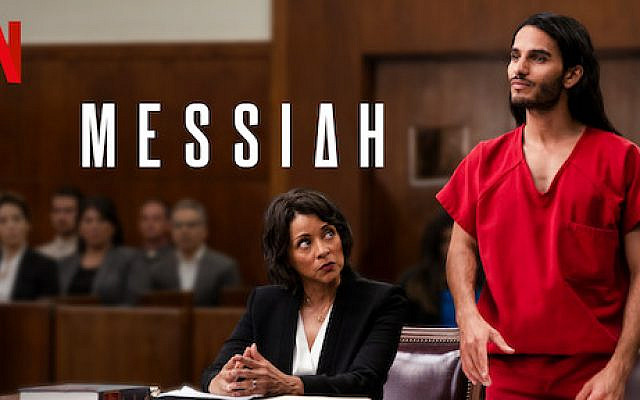 I have fallen victim to a confidence trickster. I have been robbed; robbed of my most precious possession – time. I took time off from all the important activities that are filling my days of lock-down to watch a TV series, Messiah. The plot is simple, the CIA is called upon to investigate a charismatic figure who appears in the Middle East.

His many followers call him al-Masih and believe he can perform miracles; the CIA and the Mossad must determine if he is a divine entity, very unlikely, or a dangerous con artist. But, as he is not asking for anything, it is difficult to understand what his con might be.
But we will never know. It is quite possible that al-Masih was the Messiah returning to earth to save mankind, but he will not be returning to our TV screens. On March 26, 2020, Netflix cancelled the series after just one season.

The trailer for the series was not well received in some Muslim audiences. The Royal Film Commission of Jordan asked the show’s provider, Netflix, not to screen Messiah in the country. Its provocative subject matter and very controversial religious content made it unsuitable watching for Jordanian viewers. This decision was based on the short trailer with no idea where the show was going.

So, it turns out that the con-artist is Netflix. When I start watching a series it is with the implicit understanding that there will be a start, a middle and, eventually an end that will tie up and explain all the questions that have arisen over the months, or even years. I do not expect to be left hanging just because a few people were unhappy with the story. I’m sure they all have an ‘off’ switch on their televisions. I, myself, am often very unhappy with material I see on my screen. Reports on Israel from Sky News spring to mind. But I don’t expect Sky News to be shut down because I find their content offensive. I make do by throwing things at my television.

So now that the Messiah has no more demands on my time, I can go back to weeding the garden, re-arranging my bookshelf, painting the window ledge and watching it dry ………