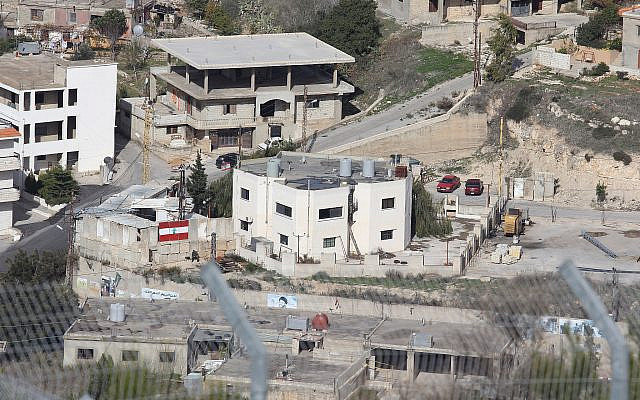 The unconditional cease fire between Israel and Hamas has held since 2:00 a.m. Friday morning, May 21, 2021, after 11 days of fighting. But, Israeli military experts are wondering how long the cease fire will continue.

Hamas caused violent unrest in Jerusalem, the West Bank (Judea and Samaria), and mixed Jewish and Arab cities, while launching more than 4,000 rockets from Gaza into Israel.

Hamas, and Gaza terrorist groups such as Islamic Jihad fought to change the status quo among the Palestinians and Israeli Arabs, hoping that Hamas could become the major political power in Jerusalem and the Palestinian territories. Coordinating their actions with terror groups in south Lebanon, Hamas also hoped to open another front in the north of Israel, but was unsuccessful.

Maj. Gen (res) Amos Yadlin, former IDF Chief of Defense Intelligence, spoke to journalists on a zoom call hosted by Media Central. He said it was a “mini war” between Israel and terrorist organizations, with a negotiated cease fire. “This is how it usually ends. It’s another round and we will try to understand the difference in this round from the previous one. We will compare it to the Lebanese arena, which is very relevant.”

Unlike the Palestinian Authority (PA) in Ramallah, Hamas does not recognize Israel, and will not denounce terror, but sees it as a legitimate tool. For 11 days, Hamas consistently used its rockets to terrorize Israeli citizens day and night.

Hamas in the last 15 years, has had four big exchanges with Israel. Each of these mini wars ended in cease fires. Yadlin said, “There is a way of mediation. The Egyptians are very good at that. Qatar and Turkey tried to do it; the U.S. has done it.”

Usually, Israel and other countries open back channels for mediation efforts, or as Yadlin put it, they negotiate “behind the curtain.” This is because the Israelis and the Egyptians do not recognize Hamas as a legitimate partner for direct talks.

During past conflicts, Israel and Hamas agreed on a cease fire with parameters that were later partially implemented. This time, the mediators simply worked out an arrangement on timing: quiet for quiet. The conflict stopped without any pre-conditions. The idea was that through mediation, the two sides would work things out later.

Yadlin spoke of the goals of the Israeli government once Hamas had ignited the conflict. In this military operation, Israel wanted to restore deterrence, achieving it by Hamas paying a heavy price for its military actions. Yadlin claimed that it was not Israel’s strategic goal to topple Hamas and re-occupy Gaza. He said that in the military dimension there is no doubt that Israel won decisively.

Hamas failed in its military strategies. It was not able to gain advantages along the border fence, or the underground barrier that Israel blocked. It failed to cross the border with its UAV’s. It was not able to gain an advantage at sea with its navy commanders. All attempted attacks by Hamas were foiled by the IDF. Due to Israeli intelligence, and precise military strikes by Israel’s Air Force, many of the Hamas tunnels were destroyed, and the Hamas security apparatus was decimated.

Yadlin stated that 72% of the Israelis understood this, and that is why they wanted the government to continue the fight.  “We attacked industry that built the rockets, and the Hamas military build-up; command posts; intelligence headquarters; Hamas was defeated… We don’t know how long the deterrence that was achieved against Hamas will hold.”

As for the political strategic narrative about the war, Hamas achieved political gains over the Palestinian Authority. The question is whether things will go back to normal, or was there real political change. “I have no doubt that Israel will have to re-think its Palestinian policy,” Yadlin declared.

There are other terror groups besides Hamas who are operating out of Gaza, that have their own agendas, like Islamic Jihad.  Lt. Col. (res) Alon Eviatar, an Israeli expert on Palestinian matters, shared his assessment with this writer. “Islamic Jihad wants to be the organization that leads in the Palestinian arena; that leads the jihad; that leads in the defense of Jerusalem. Also, they don’t have the responsibility for Gaza.”

While Hamas is busy re-building Gaza as a terrorist regime, doing the minimum to restore homes and buildings for its citizens, Iran could use Islamic Jihad to try and escalate the conflict with Israel.  Eviatar talked about the future in regards to the way terrorists in Gaza will test Israel’s response to occasional rocket fire, or balloons with explosives in them sent across the Gaza-Israel border. He wonders how Israel will respond to these tests regarding its deterrence.

Both of these military experts stated that Israel will look to reestablish the rules of conflict in order to keep its deterrence in the south as it has kept it in the north.

Tensions in the north started to increase during the recent conflict when Palestinian terror groups in Lebanon launched rockets into Israel. There is now more tension on the ground between Lebanon and Israel. According to Eviatar, “I think the situation has been changed. I can assume the tension will continue to increase because Hamas and Hezbollah have new strategies.”

Eviatar explained that nothing happens in south Lebanon without permission from Hezbollah. Those who recently launched the rockets were small Palestinian organizations. But, every rocket launched towards Israel is by permission and order of Hezbollah. “Hezbollah stands behind the violence and events. Hezbollah is not a second best. Hezbollah is the main government, the real government in the south of Lebanon.”

This conflict impacted the readiness of the IDF and its policy. The IDF and Israeli government want to prevent another escalation in the north, but not at all costs. If Hezbollah, lead by Sheikh Hassan Nasrallah, starts launching rockets towards Israel more than it has in the past, it could be a different story.  It may involve Iran and Syria. However, Israel will do its best to prevent an escalation in the north.

The Israeli government wants to keep things calm, as it prefers stability and quiet in south Lebanon.  In addition, if fighting is necessary, Israel’s objective would be to fight on one front, not two together. Yet, last week, there was this new type of escalation.

Eviatar spoke about Israel’s defense options: “We have a new situation here. It’s the elements of both Hamas and Hezbollah… It’s the first time, since the Second Lebanon War, 15 years ago, we have a challenge at the same time on different fronts.”

This is leading Israel’s military leaders to the conclusion that Israel should prepare by dividing its fighting force. It’s not something new, as Israel has done this in the past, and it has enough forces to divide. The question is whether there will be a future escalation on two fronts (Hamas in the south; Hezbollah in the north), that could lead to another front opening up — Syria, with the involvement of Iran. This, in addition to unrest in the West Bank (Judea and Samaria), Jerusalem, and mixed Arab-Jewish cities, would be a great challenge for Israel’s Defense Forces and the home front.

For now, Hamas will be looking at how far they can go in inciting violence against Israel without the IDF striking back hard. And, Hezbollah will see what it can get away with in the north, just short of widening the confrontation. Most likely, there will be these future tests as Israel’s enemies try to find where Israel’s red lines are today.

“I think it was a small taste. It was one page of the book with Hezbollah. Hezbollah has double the capacity of Hamas. You can imagine the rockets Hezbollah has, with a GPS system. It’s quite different than what Hamas has,” said Eviatar.

Reportedly, Hezbollah has 150,000 rockets pointed at the Jewish State. These rockets are now “state of the art” with precision capability and combined technology, and can hit a specific target. Hamas rockets are based on older technology. Eviatar explains, “It means that if you want to launch rockets and hit a neighborhood, or a building, or another target like that, you can do it. It will land precisely where you want it to. It’s an obvious and clear target.”

Most likely, Israel will continue with its military policy of preventing attacks from rockets which cross the border from Lebanon and Syria into Israel. Israel will also continue to attack vehicles carrying advanced weapons and rockets from Syria into Lebanon, but will refrain from hitting these vehicles directly inside Lebanon.

Eviatar spoke of the dangers ahead. “If you attack Beirut, you declare war. After what happened this week, it is quite different from last month before the conflict with Hamas. Israel will think 2-3 times before attacking Lebanon.”

It’s expected that Israel will develop a larger intelligence operation that will not allow parts of rocket systems and weapons to be smuggled from Sudan, into Egypt, the Sinai, and through tunnels into Gaza. It will also look for a way not to give Hamas the opportunity to rehabilitate itself, militarily, by trying to increase its production of rockets inside Gaza.

Yadlin said, “We cannot enable Hamas to be a mini Hezbollah. And, they are on the way. We ignored the buildup; we ignored the fact that Gaza is becoming more much capable.”

There are reasons the current Israeli government did not take certain actions over the past seven years since the Gaza War, but Yadlin believes those policies will change.

Meanwhile, regarding Hezbollah in the north, Eviatar concluded, “I think that Israel will have to renew its strategic military policy towards Hezbollah. It will need to be refreshed and evaluated with consideration of a new path or point of view.”

While Israeli citizens in coastal cities and throughout the country can now enjoy a good night’s sleep, Israel’s government and defense forces will be reevaluating what happened last week and the week before. The IDF will, likely, begin to plan a new military doctrine encompassing all the hot spots presented in this recent conflict, hoping they can limit the violence, stop the rockets, and bring quiet to the state of Israel for a long period of time.