The Blogs
Lazer Gurkow
Apply for a Blog
Advertisement
Please note that the posts on The Blogs are contributed by third parties. The opinions, facts and any media content in them are presented solely by the authors, and neither The Times of Israel nor its partners assume any responsibility for them. Please contact us in case of abuse. In case of abuse,
Report this post.

It matters not whether the assembled are righteous or wicked. They need only be willing to pray. We derive the quorum of ten from a shameful episode of Jewish history. You might recall that when our ancestors were in the desert preparing to enter the Holy Land, they sent spies to scout the land. The spies returned with a terrible report about Israel and the people wept.

G-d was upset with them for trusting the specious and blatantly false report over His own assurances that Israel was a wonderful land. When G-d complained to Moses, He described these ten spies as a wicked congregation. Shockingly, our sages derived from these words that the minimum quorum for a prayer congregation is ten. This tells us that even if the people are as wicked as the spies, it is still a minyan. So long as there are ten Jews that have gathered to pray.

Our sages put it like this, when there is a minyan, G-d is present in the room. They also said that G-d never turns down the prayers of a minyan.

The Talmud relates a fascinating story about Rabbi Chiya and his two sons, Yehuda and Chizkiya. The story begins with Elijah the prophet who frequently attended the academy of Rabbi Yehudah the prince. One day, Elijah was late to the lecture. He explained that he had to awaken Abraham and accompany him to his prayers, then Isaac, and finally Jacob.

Rabbi Yehudah asked why they didn’t pray in unison? Elijah explained that if those three would ever pray together, G-d would not be able to turn them down and the Mashiach would immediately arrive. Hearing this, Rabbi Yehudah asked whether anyone on earth enjoyed similar privileges? Elijah replied in the affirmative. Rabbi Chiya and his sons.

The next time there was a drought, Rabbi Yehudah appointed Rabbi Chiya and his sons to lead the prayers. As soon as they uttered the words, “He causes rain to fall,” the sky clouded over, and the rains fell. They were about to say, “He who revives the dead,” and the world trembled. In Heaven they asked, “Who revealed the secret [of Rabbi Chiya’s powers] to the world?” Elijah was brought before G-d and given sixty fiery lashes. Wanting to prevent Rabbi Chiya and his sons from praying for Mashiach, Elijah appeared among the congregation in the guise of a fiery bear, and they dispersed.

This is a fascinating story, but it begs a simple question. Did Rabbi Chiya never pray with his sons before? What made this event so different?

The answer is that Rabbi Chiya prayed with his sons many times, but they had never been appointed to lead a minyan. This underscores the power of prayer with a minyan. Even the great Rabbi Chiya and his sons could only realize their supreme privilege when praying in the presence of a minyan.

The question is, how does this work and why?

Maimonides offers a curious distinction between G-d’s presence in a minyan and His presence on other occasions such as when Jews study Torah. Maimonides said that on those occasions, first the people gather and then G-d makes His appearance. When a minyan gathers to pray, G-d precedes them and welcomes them.

This sounds like a wonderful honor to the assembled; G-d Himself rushes to greet them. But there must be more to it. Why does G-d rush to greet a minyan more so than groups that perform other mitzvot?

The Kabbalists explained it on the basis of another fascinating Talmudic tale. Rabbi Yishmael the high priest once entered the Holy of Holies and G-d asked him for a blessing. Rabbi Yishmael replied among other things, “May it be Your will that Your mercy overrides your anger and your other attributes, and that You treat Your children with compassion.” To this, G-d agreed.

The Kabbalists inferred from this that G-d prays every day for His mercy to override His anger. However, when we approach G-d in prayer, He doesn’t always respond with mercy because in addition to being our father, He is also our king. As our sovereign, He is sometimes compelled to bring His wrath and judgement to bear. This is surely painful for a king who is also a father.

The energy generated by the merged prayer of ten sacred interlocking souls, praying with love for each other and blended in absolute unity, arouses G-d’s love for His children. He thus prefaces their prayers with His. Before they even make their requests, He is already desirous of granting it. Thus, their prayers become channels for G-d’s prayer that His mercy override His anger and other attributes.

This is, perhaps, the inner meaning of Maimonides’ claim that G-d precedes the minyan gathering. On the surface it means that G-d arrives first. Beneath the surface it means that G-d speaks first, and the words of the assembled are mere echoes of G-d’s words. This explains why the prayer of the minyan is never turned away. It is not someone else praying before G-d. It is an articulation of G-d’s intrinsic wishes.

About the Author
Rabbi Lazer Gurkow, a renowned lecturer, serves as Rabbi to Congregation Beth Tefilah in London Ontario. He is a member of the curriculum development team at Rohr Jewish Learning Institute and is the author of two books and nearly a thousand online essays. You can find his work at www.innerstream.org
Related Topics
Related Posts
Comments 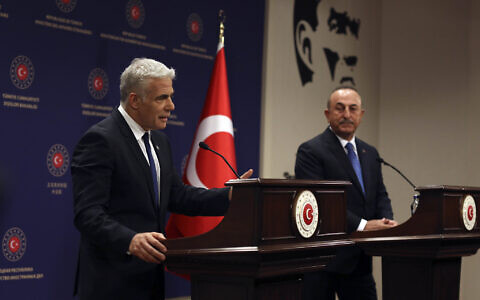 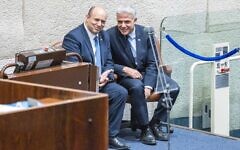