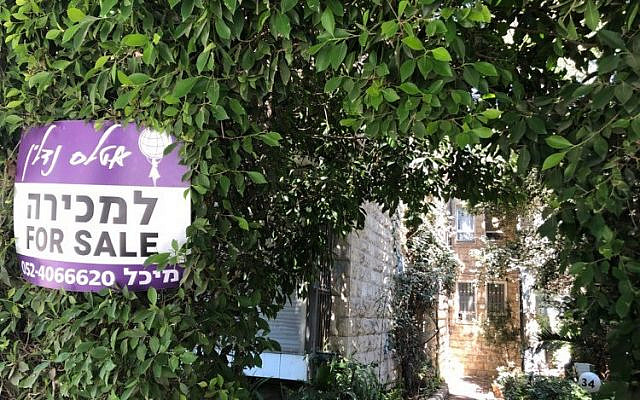 In Parshat Masei (Bamidbar 33:52-53), we learn about the Mitzvah of settling the Land of Israel which includes purchasing property:

We learn about how buying a home in Israel is connected to the mitzvah of settling the Land of Israel in the Talmud, Bava Kama 80b:

In the case of one who is purchasing a house in the Land of Israel (from a non-Jew), we may write a sales contract for it even on Shabbat.

The Gemara explains: Even though asking a non-Jew to perform forbidden labor on Shabbat is a Shabbat prohibition, the rabbis did not prohibit it in this case because of the importance of settling the Land of Israel.

Rashi comments (Gitin 8b) that this leniency of writing the document on Shabbat is when one is buying land from an idolater and one can’t wait until after Shabbat to write the document of sale because the idolater wants to leave while it is still Shabbat.

Tosafot clarify that asking a non-Jew to perform a Biblically forbidden labor (such as writing) on Shabbat is permitted only for the mitzvah of settling the Land of Israel, but not for other mitzvot.

The Shulchan Aruch, Orach Chayim 306:11 states: It is permitted to buy a house from a non-Jew on Shabbat, and seal and go to the non-Jewish courts. The Rama quotes the Or Zarua: In their script (not in Hebrew) since writing in their script is only forbidden Rabbinically, and in the case of settling the Land of Israel, they did not decree.

The Mishna Brura points out that the Jewish person who is buying the property would show the non-Jewish seller where the money is so that he could take it, but the Jew would not handle the money on Shabbat.

We see from here that normally one would not be allowed to ask a non-Jew to write a document for them on Shabbat. However, since the mitzvah of settling the Land of Israel is so important, if a Jewish person’s only opportunity to buy a piece of land or a home in Israel would be on Shabbat since the non-Jewish seller would no longer be available later, then one would be permitted to do so.