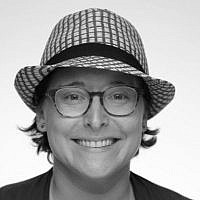 The Blogs
Elana Stein Hain
Apply for a Blog
Please note that the posts on The Blogs are contributed by third parties. The opinions, facts and any media content in them are presented solely by the authors, and neither The Times of Israel nor its partners assume any responsibility for them. Please contact us in case of abuse. In case of abuse,
Report this post. 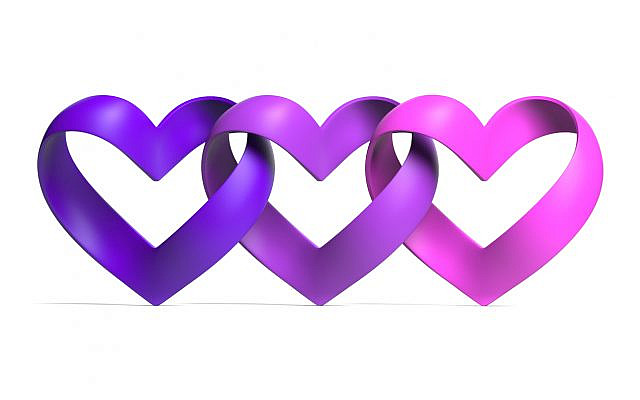 Truth has become a team sport.

In short, our relationships are keeping us from acknowledging the fullest version of what is true. And this is understandable. After all, our own identities are threatened by seeing the fuller picture. We ourselves are implicated. And as the Talmud states, “A person does not see their own flaws” (Ketubot 105b).

The irony though is that relationships have the potential to grant us access to a deeper understanding of reality. Proximity should allow us to interrogate claims for ourselves rather than relying on what someone else has told us. Consider the experience of getting to know people about whom you have only read or heard. Suddenly, you gain the opportunity to see for yourself, to decide for yourself.

Though relationships can expand our access to truth, they are currently limiting that access. This is because we are making a critical category error. We are equating relationships with truth. While relationships may determine sympathy or antipathy, they should not overdetermine our understanding of reality. Information-gathering and critical thinking are key aspects of understanding what is true.

And there’s another problem. When truth is about toeing a party line, getting to know others is deemed unnecessary or even subversive. We already know what we are supposed to think of them. And if we start to trust those on other teams, we worry that we may have to give them the same pass that we give those within our own ranks. And then we won’t know what to think anymore. We are caught in a Mobius strip of relationships and truth that we cannot seem to get out of.

But we can escape this loop if we resist equating relationship with truth.

This will allow us to be more discerning about the flaws within our own ranks and to actively seek out new relationships. It will allow what we find not only to affirm previously held assumptions, but to complicate or challenge those assumptions as well.

An ancient iteration of not equating truth and relationship arises in the Talmud (Ketubot 105b). In discussing his leadership roles with his own community, Rava gets to the heart of our problem:

“Rava said: When I was scholar in the city of Mehoza, I thought everyone loved me. But when I was appointed judge, I thought that some would hate me, and others would love me. Having observed, however, that the one who loses today in court wins tomorrow, I came to the conclusion that if I am loved, they all love me and if I am hated, they must all hate me.”

Rava experiences a difference between his life as a Torah scholar and his life as a judge who must decide between sparring community members. As a scholar, Rava felt loved — maybe because he could represent the values of the community without having to take sides. But as a judge, he recognized that his relationships would become thornier.

Nonetheless, he does his best to recognize his new role: determining and telling the truth, regardless of his own emotional attachments or those which he desires from others. He refuses to allow his relationships to hinder the truth. Instead, he interrogates each case at hand, over time, finding both fault and merit in each litigant, rather than siding with one individual or group consistently. And perhaps in this way, he gets to know his community better than he ever had before.

We have grown so accustomed to shaping truth around allegiance rather than honestly seeking the fullest picture we can. Our bandwidth for truth has been replaced by our desire to be affirmed.

The integrity described by Rava is essential for the healthy functioning of society in which people and groups are held accountable for their actions. It is a powerful example to which we as a Jewish community and as an American society should aspire.

About the Author
Dr. Elana Stein Hain is Director of Faculty and a Senior Fellow at the Shalom Hartman Institute of North America, where she serves as a lead faculty member and oversees the activities of the Kogod Research Center.
Related Topics
Related Posts
Comments