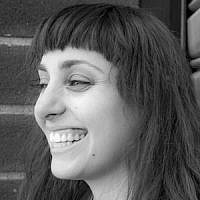 The Blogs
Karys Rhea
A writer and musician living in Brooklyn.
Apply for a Blog
Advertisement
Please note that the posts on The Blogs are contributed by third parties. The opinions, facts and any media content in them are presented solely by the authors, and neither The Times of Israel nor its partners assume any responsibility for them. Please contact us in case of abuse. In case of abuse,
Report this post.

Lately, my Facebook feed has been awash with tabloid bombast comparing Donald Trump to Adolph Hitler. Memes, gifs, status updates, and wall posts have even gone so far as to presuppose a second Holocaust, should Trump win the upcoming election.

To set the record straight, I am not a Trump supporter. But by no means is a sensationalized comparison of Trump to Hitler warranted. The analogy is trumpeted by a mob mentality of hyperventilating ideologues whose self-righteous identity politics is appalled by Trumpian populist antics. America today bears scant resemblance to 1930s Germany and, but for tenuous and superficial associations, Hitler and Trump are dissimilar enough to invalidate such a shallow claim.

When I posted these thoughts on my Facebook wall, my cousin-in-law, a self-declared conservative Jew, and an undeclared regressive leftist, wrote in response, “Hitler was put into power in Weimar by 37% of the vote and a coalition of traditional conservatives who thought he was a low class ignorant bigot but was better than the socialists.” My cousin added that “denying the striking similarities to that era is just daft trauma denial talking.”

According to my cousin, “daft trauma denial” is the idea that Republican Jews who are planning to vote for Trump resist the Hitler analogy and avoid an awareness of the dire “present reality” because they have been so traumatized from the past that they deny the possibility of another Holocaust. My cousin contends that these Jews bear resemblance to those who “supported fascist movements in 20th century Europe,” and that, inevitably, support of Trump will earn contemporary Jewry led by misguided Republican Jews the same fate of landing “in the ovens.”

First of all, I’m skeptical as to whether people who believed Hitler was a “low class ignorant bigot” would have voted for him. What is known is that many Germans were dismayed by Germany’s ineffective democratic process and saw Hitler as a visionary who would reverse the humiliating terms imposed on them after World War I and pull them out of their desperate economic situation. They considered Hitler a strong leader who would unify them and provide simple direction to their lives, as the highly effective slogan “Ein Reich, Ein Volk, Ein Fuhrer” demonstrates (One Nation, One People, One Leader). Also, I’m not entirely sure what “present reality” my cousin is referring to, but why would someone traumatized by the past deny the possibility of another Holocaust? If anything, wouldn’t they be perpetually haunted by the possibility of a another Holocaust?

Finally, I would ask my cousin, where is the evidence that conservative Jews supported the National Socialist party? The label “conservative”, as it is currently defined in America, would not even apply to those who supported Hitler. Conservatives favor less government intervention, whereas Hitler imposed government control over every aspect of his citizens’ lives, hence the “Socialist” part of National Socialism. In this way, some might argue that total government control is closer to a current liberal political agenda than a conservative one.

My emotional reaction to my cousin and my claim that such a view is shameless, dangerous, and disingenuous, was apparently proof to him of his point, even though I am neither a conservative Jew nor a Republican.

Those who draw associations between Trump and Hitler are unable to detach themselves from the one-dimensional labels and categories that pervade identity politics today. Their selective moral outrage betrays their liberal intentions. They do not recognize that the same sort of associations can be drawn between Hitler and any prominent politician. Google “Obama Hitler”, and one will be inundated with lists of their mutual traits. Many of these connections are undeniable, and yet, the overarching idea is absurd. The point is, people can say anything, but that does not mean their words have validity. Those who make these comparisons are merely provocateurs, not repositories of wisdom.

When I shared these thoughts with my cousin, his response was as follows: “I think it is extremely disrespectful to compare President Obama or our next President Clinton to Adolf Hitler and I would think anyone who, like me, loves America, should find that language disgraceful, and forgivable.”

But why is it disrespectful in these cases but not for Trump? Is my cousin unaware of the power abuses and scandals Obama has been involved in throughout his presidency? Does he not care that Obama has prosecuted 31 times more whistleblowers than all other presidents combined? Did he never hear about Obama’s targeting of conservatives within the IRS, or his decision to shuffle vets around, or his indirect culpability in the creation of 250,000 Syrian refugees as a result of his red line that was subsequently withdrawn without explanation? Or what about the Ben Rhodes interview and its resulting revelations about the manipulation of the media to pass the Iran deal? Worst of all, my cousin appears blissfully ignorant of Obama’s abuse of executive privilege by sidestepping congress throughout his presidency, which undermines the very tripartite system of government that we hold dear.

And does my cousin not understand the gravity of the current accusations against Hillary Clinton relating to her emails and to the pay-to-play activities of her foundation? Does that level of corruption not set a dangerous precedent for our democracy? If Trump had the same kind of global influence the Clintons have, it would only add fodder to hysterical accusations that he and Hitler are one and the same. Yet these actions are acceptable if the politicians in question fall towards the left of the spectrum.

In a recent article for Politico magazine, Michael Lind observed that within American politics, being compared to Hitler is a frequently used tactic. Lind calls this “Godwin’s Law,” or the “tongue-in-cheek idea that any online discussion will eventually end up comparing someone or something to Hitler or Nazis.” Lind references the Jewish philosopher and World War II Refugee Leo Strauss who said: “A view is not refuted by the fact that it happens to have been shared by Hitler.”

This trend of “Hitler smearing,” as it has come to be called, has been around since the 1950s. Lind writes: “It is a rule illustrated by the long history of Hitler comparisons deployed against both conservative and liberal politicians in America.”

Indeed, both Cruz and Rubio were likened to Hitler by the media. Before that, George W. Bush, Richard Nixon, and even Lyndon B. Johnson, to name a few, were all victims of this demonization campaign.

In the same spirit as Politico, columnist Marc A. Thiessen published an op-ed in the Washington Post about Hillary’s infamous “Hitler smear,” where she linked Trump’s plan to deport illegal immigrants to Hitler’s treatment of Jews and minorities. Thiessen considered Clinton hypocritical in her indictment of Trump, given that her husband has been responsible for forcibly deporting his share of illegal immigrants. But more importantly, Thiessen found that Trump’s immigration plan, known as a “touchback” policy, which would require illegal immigrants to leave the country and then be allowed to re-enter through an expedited special visa process, is actually one that has been endorsed in the recent past without controversy by politicians on the left and the right, and even by the New York Times in a 2007 editorial. That same year, the plan nearly passed in the senate.

The regressive left do not see its views as left-wing, but merely civilized, when really, they are politicized. Rather than carefully considering the hard evidence, the regressive left appear to be captive to its own overwrought emotions. One thoughtful observer calls this “affective, emotional outcome-based learning,” or a tolerance of what would ordinarily be considered straddling criminal behavior in the name of general morally qualified notions, as opposed to factual verification of the specific incident, free of such biased, blinding categories. The Clintons’ cozy acceptance of millions in quid pro quo favors from autocratic Islamic countries where women have few rights, being gay is a capital offense, and religious pluralism is not tolerated, is but one example.

Let’s not hold Trump to a double standard simply because we don’t like him. Let’s be honest with ourselves and admit that while there may be good reasons to be concerned about Trump as President, absurd comparisons to Hitler only discredit those who offer them.

About the Author
Karys Rhea is the New York associate of the Counter-Islamist Grid. Prior to that, Karys was involved with the Committee for Accuracy in Middle East Reporting in America (CAMERA), Gatestone Institute, the Jewish National Fund, David Project, and served as researcher to best-selling author Irshad Manji. In addition to her passion for Middle Eastern affairs, Karys has been active in various music projects and has toured both nationally and internationally. Karys graduated with an honors degree in journalism and religious studies from New York University and recently completed a masters degree in counterterrorism and homeland security at IDC Herzliya.
Related Topics
Related Posts
Comments