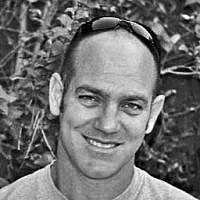 The Blogs
Gideon Afek
Apply for a Blog
Advertisement
Please note that the posts on The Blogs are contributed by third parties. The opinions, facts and any media content in them are presented solely by the authors, and neither The Times of Israel nor its partners assume any responsibility for them. Please contact us in case of abuse. In case of abuse,
Report this post.

The use of drones, professionally known as UAV’s or Unmanned Aerial Vehicles has become controversial in recent times.

In particular the use of air strikes by UAV’s has taken on an insinuation of military operations that are conducted in the grey area of morality, if not entirely beyond it. We read of “Killer Robots” that take human life according to some assumed pre-programmed algorithm and the like.

Are UAV’s the killer robots? Are these strikes immoral?

During the last two thousand years, new and revolutionary weapons have suddenly appeared on the battlefield, and given the side that wields them, a crushing advantage.  A few notable examples would be Longbow, used by the English and the Welsh against the French at Crecy and Agincourt, or the French Minie Rifle, that used a rifled barrel for the first time, thus improving accuracy and range. There are more, such as the advent of gunpowder or the British Dreadnought battleships that rendered the navies of the world obsolete overnight. Each in its own is a fascinating tale of new technology making the most dramatic of impacts in its time.

Is the UAV such a technological development? Well, scholars may argue the point, but it must be remembered that UAV’s have only begun to make their mark on the battlefield and have not nearly reached their full potential. Sometimes, an analogy is used to explain this, where todays unmanned aircraft are said to be at a similar stage to that of manned aircraft in the First World War. That is, most are small, limited in range and reliability and carry small payloads of weapons, if at all.

Many say that the present generation of manned fighter aircraft is the last, and that the next fighter generation will be unmanned. Development of such a platform would take a good fifteen years or so, if not more. No “fighter” UAV (or UCAV, the C is for Combat) is yet publicly in development, and no-one yet knows if such an aircraft would have an advantage over manned fighters in the air-to-air role, so this is still quite a way away.

What we do have already, are the UAV’s or UCAV’s that can carry out air strikes against ground targets. It would appear from reading and hearing media reports that these have some kind of advantage or lethality unique unto them.

Indeed they do. An unmanned aircraft is usually equipped with a small engine with a good power to weight ratio, a fair quantity of fuel and a light airframe, devoid of the weight of aircrew and certain avionics. The aircrew never leave the ground, so they can be refreshed or rotated every few hours. Fatigue is never a factor in mission performance. This combination allows excellent endurance for the aircraft that is able to loiter over the battlefield for hours at end.

Compare this to fast jet combat aircraft, who usually don’t spend more than a few minutes in the target area, or helicopters, who typically remain on station for less than an hour. This persistent loitering is a great advantage, when often the hunt is a waiting game. The aircraft are often quiet, allowing for the observation of the enemy, whilst he is unaware that he is being watched. When the right opportunity presents itself, usually, when no innocent civilians are nearby, the strike is made. The munitions used are usually small, as these are what the aircraft is capable of carrying, and this has the incidental (or not) added advantage of causing limited collateral damage.

In today’s asymmetrical warfare, Western countries are almost always hamstringed by all sorts of political limitations, whereas their enemies usually are free to employ every dirty trick in the book, plus a few more. It is in this reality that the UAV/UCAV gives the technological (usually) Western power an edge.

Are these “Killer Robots”?

To answer this question, one must understand how a UAV works. The concept is rather simple. The cockpit is now separated from the aircraft. The cockpit is in a ground station. A communication system is used in order to connect the cockpit to the aircraft. Typically this gives the UAV a range of a few hundred kilometers, unless satellite communications are used, in which case the range is limited by fuel and satellite coverage – and this we see in use over Afghanistan.  A resulting complication for pilots is that they have no “feel” for the aircraft. Their tasks are also invariably very boring, hours and hours of flying in circles watching a house, for example. To cater for this, the UAV has a system of automation, which is basically a regular autopilot and other avionics which monitor the health of aircraft systems, providing a warning should a malfunction develop.

If an air strike is to be made, the crew workload increases dramatically. The UAV is flown in a virtually identical way to how a manned aircraft is flown on autopilot and decisions regarding the attack are made by pilots, mission commanders, payload operators and ground or air controllers. This is no different how a manned air strike is performed, perhaps with even more decision makers in the loop in the case of the UAV strike, as it’s all done from the ground, and cockpit space is not a limitation. No decisions are “made” by the automatic systems of a UAV during an air strike. All the automated systems are doing is controlling pitch, roll and yaw of the aircraft as per the commands of the pilot on the ground. All targeting decisions are made by real live humans, who enjoy the luxury of relatively unhurried decision making devoid of pressures that an airborne pilot would experience.

As a result, these strikes are usually more surgical, more accurate with fewer unintended casualties on the ground. The USAF recently published figures of some 4200 enemy combatants killed, with some 900 non-combatants killed as well. A ratio of four combatants for less than one unintended casualty, is in terms of warfare conducted in an urban environment, considered most commendable. It is unparalleled in US or British air warfare history.

There will always be propagandists from the other side, or those who see themselves as their advocates, who will dispute these figures. The fact is that UAV’s allow for a far higher degree of accuracy than air strikes performed by manned aircraft.

Those that question the morality of air strikes by UAV stand on very soft ground. A “drone” strike is every bit as moral as any other form of warfare. The detractors of this form of weapon would perhaps do better by questioning the use of human shields by the drone targets themselves. Describing such strikes as “extra-judicial killings” and the like is disingenuous in the extreme. Imagine a Spitfire pilot in 1942, shooting down a German bomber and its crew, and then being accused of conducting an “extra-judicial killing” of five Germans. Perhaps the bomber crashed on a house in Germany, and a few civilians were unintentionally killed too.

It would appear that there are those in the West that endeavor to render warfare as illegal and immoral in all its forms. Whilst this is a noble cause when detached from reality, they appear to neglect considering the standpoint of the various terror movements and their methods for advancing their cause.

About the Author
Gideon Afek is a commercial pilot and amateur aviation historian, with a background in project management and sales; Born in South Africa, Gideon immigrated to Israel from Australia in 1985
Comments