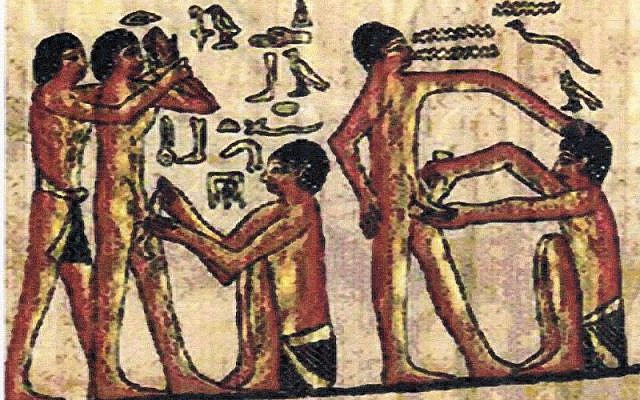 As a small child, I underwent a totally unnecessary operation. I was not asked if I agreed to it and was not informed of the consequences. I was too young to give consent. Historically, it was presumed that the removed part was redundant and had no part to play in a boy’s future.

But we now know that this part of our bodies has a purpose and removing it on a whim is a bad idea.

I am, of course, speaking of tonsillectomy, the removal of one’s tonsils. The tonsils are strategically positioned in the throat, and act as a first line of defence against airborne bacteria and viruses. They trigger an immune system response to clear them from our bodies.
Even to this day the operation is the one of the most common paediatric surgeries in the world. In the United States, more than 530,000 are carried out on children under 15 every year.

In Denmark, every year, more than 7,000 tonsillectomies are carried out, with most patients under 20. Without wishing to upset my readers, I should point out that these operations have frequent complications such as haemorrhage, pain, vomiting and insufficient intake of fluids and nutrition.

Moreover, many people, Danes among them, are happy to “improve” their bodies with some added embellishments. Popular parts for piercing, for both men and women, are ears, noses, nipples, and parts that cannot be mentioned in polite society. (A Google search for nipple piercing brings up no less than 33,500,000 results!) All these additions to Danish bodies are legal, fully accepted and a matter of personal choice, there is no religious commandment to have your nipples pierced.

Another, voluntary, body alteration is tattooing. In Denmark, some 20% of the population, male and female, have one or more tattoos.

And yet, this same Denmark is currently considering a ban on circumcision, often performed in accordance with religious commandments. Every year, some 1,000 to 2,000 Muslim or Jewish boys are circumcised for religious reasons. A mere drop in the ocean compared to the body modifications among the general population.

And, unlike other body alterations, there is substantial evidence that circumcision protects males from a wide range of diseases, including HIV, penile carcinoma, and urinary tract infections. There is no scientific evidence of adverse effects on sexual, psychological, or emotional health.

Perhaps Denmark, a new country that has only existed from 1397, should follow England’s example. For many generations since its founding in 927, the English Royal Family, and most of the English upper classes, have circumcised their sons, invariably using a Mohel. This was considered a matter of class, not a medical or a religious requirement.

As many observers have noted, something is rotten in the state of Denmark.

But there is a ray of light. Back in 1936, sociologist Robert K. Merton published an article entitled The Unanticipated Consequences of Purposive Social Action. Now better known as the Law of Unintended Consequences it seems to be working well in Denmark. The circumcision ban is bringing Jews and Moslems together to fight the common enemy.
As the ancient proverb says – The enemy of my enemy is my friend.

(The “most unkindest cut of all.”  In William Shakespeare’s Julius Caesar this describes the wound given to Caesar by his close friend Brutus.)