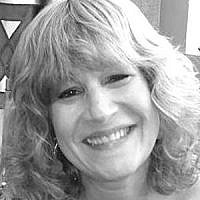 The reports make one cringe; the statistics are numbing.  In Syria, Iraq and other parts of the Mid East and Africa women and girls are being enslaved and raped in an epidemic of violence, and now it has reached Europe with the wave of refugees.

Along with the horrific toll that these barbaric acts are taking on the girls and women themselves, there is another, longer term price that will be paid.  Their children will be raised by damaged mothers.  Women who are traumatised, afraid, insecure, unable to nurture, helpless to protect their own.

Last week I arranged for and then took my soldier son to have a minor procedure done on his foot which was causing him great pain. He was loath to complain and hear “be a man”.  The experience made me reflect, not for the first time, on how critical it is for boys and men to have good mothers.  Nurturing, empathic mothers raise decent men.  Not weak, ineffectual men, but men who know the balance of being tough and strong while caring and gentle.

How are women who have been betrayed and abandoned by their men going to be able raise sons who are humane?  Societies that aimed to raise essentially killing machines removed the boys from their homes, from Sparta to the Mamelukes just as examples, intent on breaking ties of loyalty — but also denying them that unconditional love that one only gets from mothers — and fathers — providing a safe place. An environment to build a confident personality; to distinguish between assertion and aggression, virility and violence, compassion and cruelty.

As an Israeli mother, even though many of the conflicts involve those who consider me — and mine — enemies, my heart breaks for all the victims.  As a member of the civilisation of the 21st century, I believe that the real price for today’s wars is yet to come.  My soul trembles for us all.

About the Author
Eve lives her passion for her country and her people as a licensed Israeli tour guide, with her online Sunday radio broadcast "Rejuvenation with Eve Harow" on the Land of Israel Network and as a popular guest speaker in varied forums in Israel and North America. Eve, who earned a Master's degree in psychology before making aliya in 1988, is the Director of Tourism for the One Israel Fund; on the Board of Governors of Ariel University; a member of the JNF Speaker's Bureau and the Board of CAMERA's Israel affiliate. Eve served for over a decade as a councilwoman in Efrat, where she and her physician husband raised 7 children.
Comments