Before my trip to Istanbul, Turkey, I was a tad skeptical about what the trip would be like. Istanbul has always been a city of conquest, from the Byzantine to the Romans to the Ottoman Empire, Turkey has a unique place in history and Istanbul was the nucleus. A city once known as “Constantinople,” Istanbul was a site of beauty as well as a site of much traffic. While 17 million people live in Istanbul between the European and the Asian sides of Turkey, double the population size of the State of Israel. The goal of our venture was to be the guests of the A9 TV Network, whom not only interviewed me on their main TV show and hosted us to a lavish Ramadan dinner of 760 guests, but also exposed us to the rich history and life of the city.

Our first day started a little bit after arriving to our hotel from the airport. 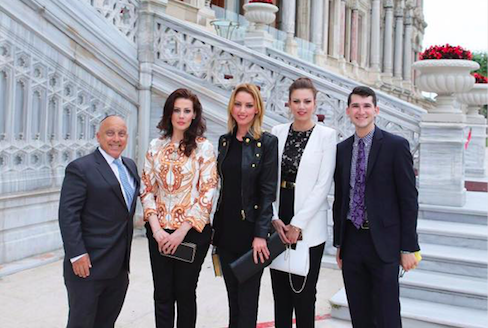 Touring Dolmabahçe Palace, the opulent living quarters of many of the Ottoman Empire’s sultans. The gates of the palace were the corridors to the rich history and geography of Istanbul: Gate of the Sultan (Saltanat Kapısı), Gate of the Treasury (Hazine-i Hassa Kapısı), and the Gate to the Bosphorus. We were also treated to a sea-side site-seeing tour of the famous Bosphorus, a boat tour of the Bosphorus strait, as well as a tour of Neve Shalom Jewish Museum of Turkey.

After completing an exploration of the Old City, we headed in a more serious direction, to Istanbul’s Jewish community. While we were warned about the tough security precautions that they took, seeing them in the moment brought us back to the atrocities committed against European Jewry. Entering Etz Ahayim (Tree of Life) Synagogue, one of the only active synagogues in Istanbul, we had to fulfill the proper security measures to enter. For example, they were called ahead of time about our visit and we had to hand over our passports as well as show them some other documents to verify who we were. Once we were able to access the synagogue, we could feel the pride of the congregants.

Following a Sephardic tradition, the service was beautiful and the members of the synagogue were a mix of native Turks and Israelis working in Istanbul. It was an incredible experience to meet these people and see their place of worship.

Meeting the founder of The Movement for the Culture of Peace and Reconciliation and the A9 TV Network, Adnan Oktar, was an experience unto itself. A man of great respect and intelligence, Oktar welcomed us with open arms when we arrived to his studio for his live show. The topic of the discussion was fighting Holocaust denial and anti-Semitism in the Muslim world. The guests of the show were Rabbi Avraham Sherman (Former member of the Rabbinical Supreme Court of Israel), Priest Todd William Kissam (from Maryland – Episcopal Church), Rabbi Yishai Fleisher (International spokesperson for the Jewish Community of Hebron, Israeli broadcaster & columnist), and myself. While we all came from different backgrounds, we were all able to connect with each other on a professional and personal level. 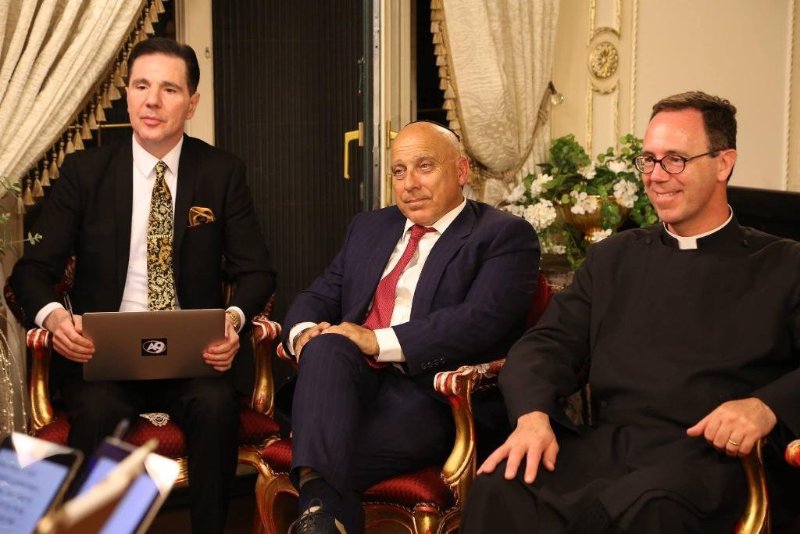 As one can see from the online video, the live broadcast had a serious tone and the conversations as well as the other guests were very interesting. While I had spoken on the topic of the unification of Jerusalem and Jerusalem Day, I was very pleased to hear the response from Adnan Oktar himself. A man who was vocal against the clear number of mass deaths committed by the Nazis against the Jewish People, a decade ago Oktar changed his tune, stating in his book The Holocaust Violence that: “The Nazis subjected European Jews to indisputable and unforgivable cruelty during World War II. They humiliated, insulted and degraded millions of Jewish civilians, forcing them from their homes and enslaving them in concentration camps under inhuman conditions… Certainly the Jewish people, of whom 6 million died in concentration camps, were the worst victims of the Nazi barbarity.” 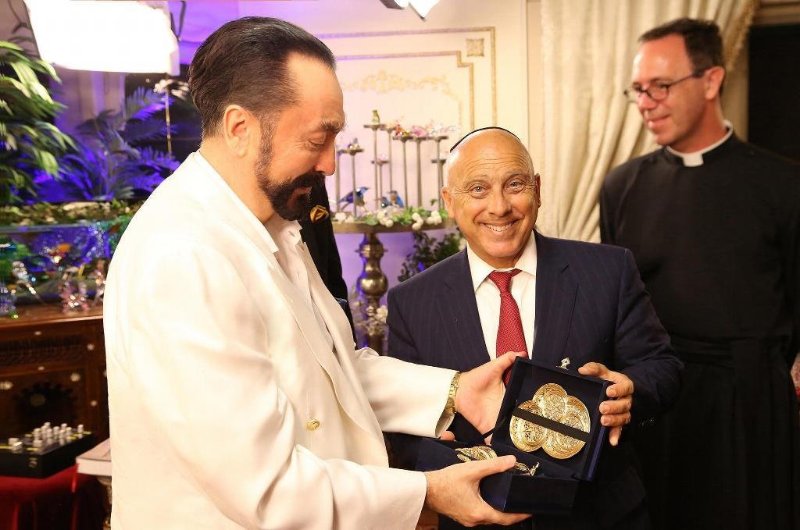 After hearing my conversation about our eternal and unified capital Jerusalem, Adnan Oktar affirmed his previous statements and then some. To my surprise, he not only affirmed the Jewish People’s connection to our capital city as well as our historical homeland but also stated that Allah had given the Land of Israel to the Jewish People with a quote from the Koran as well as from the Torah. The amount of courage that one statement took, especially in the Islamic world, was monumental.

Reflecting on the whole journey, I appreciate the amazing time that Adnan Oktar and his A9 TV Network gave us as well as all the great people we were able to meet. Whether through his over 300 books or through his television advocacy, Oktar deserves much respect for his work and dedication in fighting Holocaust denial and anti-Semitism in the Muslim world and worldwide. He and his movement have chosen to stand up for what is right, not bowing to threats and criticism from extremist militants. I want to personally thank him and wish him success in this courageous battle. I look forward to traveling back to Istanbul and meeting with my Turkish friends, whether there or next year in Jerusalem, Israel!

To check out the full interview visit: