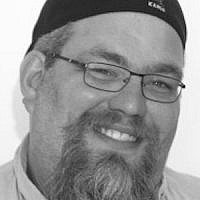 The Blogs
Mike Gondelman
Apply for a Blog
Advertisement
Please note that the posts on The Blogs are contributed by third parties. The opinions, facts and any media content in them are presented solely by the authors, and neither The Times of Israel nor its partners assume any responsibility for them. Please contact us in case of abuse. In case of abuse,
Report this post. 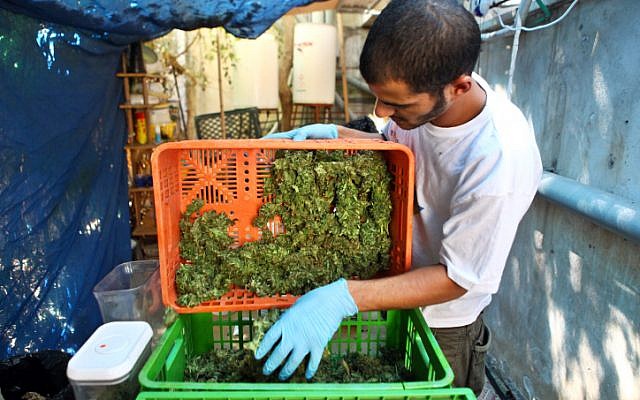 My last post about the myths of marijuana really captured the attention of educators, parents, concerned citizens and health professionals alike. Within days it had hundreds of shares on social media and tens of thousands of views. In addition I received dozens of messages and emails, both in favor of and in disapproval of the message and content of the article. The response highlighted the need to continue an honest and open conversation about a topic that impacts such a large percentage of the population, whether through direct marijuana use, or through the use of a family member, friend or loved one. The most positive feedback which I received over and over again, is that unlike others who seek to dance around the issues, my approach of ‘saying it how it is’ — is the most powerful and useful way to get the message across. In this blog I will clarify my position on marijuana as well as demystify more marijuana myths that have cropped up (excuse the pun) as a result of my last blog post.

My position is crystal clear: I do not encourage recreational drug use.

As a professional addiction counsellor in recovery, promoting marijuana use was not the intention and purpose of my last post. However, I am a realist. I see hundreds of addiction cases a year, and I know, like most people who work in this field, that marijuana use is mainstream — and not going away any time soon. People who get up and say that marijuana is evil, that it should be banned, outlawed,  and suppressed, are not only not helping — they are contributing to the problem.

My point was very straightforward — I’m working with the reality that people are using marijuana anyway, so it is our duty to ensure that their harm is minimized. By addressing the myths and misconceptions surrounding marijuana, I was hoping to providing people with essential information and education allowing them to make safe and responsible decisions. Most importantly, recognizing unhealthy patterns and early warning signs gives people the best chance of getting the help they need, before things get out of control.

Myth Number One: Marijuana is a gateway drug.

The ‘gateway drug’ hypothesis suggests that marijuana use is a gateway that leads the user to ‘harder’ and more destructive drugs like heroin, cocaine and methamphetamines. The evidence on this topic is diverse and widely debated. One study reports that 99.9% of cocaine users began by first using a drug like marijuana, cigarettes or alcohol. However an association does not indicate cause. In others words, we have to look at the underlying reason that the individual began using drugs to begin with. This is illustrated well by the following study which suggests that teenagers who are seeking insight will move from marijuana to psychedelics, whereas teenagers who are suffering with boredom are more likely to use cocaine or other stimulants after first experimenting with marijuana.

Without conclusive evidence on the ‘gateway drug’ hypothesis I want to reiterate my view that understanding the motives for using is the best way to predict future behavior. If there is underlying pain, trauma or a history of abuse, the individual is at a significantly higher risk of falling into the traps of addiction and marijuana use is usually the first step since it is much more readily available.

Myth Number Two: Marijuana is natural, so it can’t be bad for you.

I have heard this argument over and over again from my clients and others. Marijuana is a plant, it’s from the earth, it’s healthy, it’s blessed, it’s good for you, etc, etc, etc…

The first thing we need to understand is that the marijuana that is being smoked today is not the same marijuana that hippies were smoking in the 60s and 70s. In fact, according to research conducted by the University of Mississippi’s Potency Monitoring Project (UMPMC), the potency of the marijuana that is being used right now is now up to seven times stronger than it was in the 70s, with THC content (the chemical compound that gets you high) having risen from 1% to 8%. Whats worse is that the CBD content (the medicinal therapeutic compound of the plant) has declined over time. In addition, much of the marijuana that is being consumed, particularly in places that are still heavily regulated are often grown indoors, using strong fertilizers and artificial additives designed to make the marijuana stronger and get you higher. It is not uncommon for marijuana to be laced with psychedelics or synthetic drugs. Don’t fall into the trap of naivety, thinking that “it’s just a plant”, It’s important to know where your “pot” comes from and what you are putting into your body.

Another important point to mention is that studies also show that marijuana use affects brain development. “When marijuana users begin using as teenagers, the drug may reduce thinking, memory, and learning functions and affect how the brain builds connections between the areas necessary for these functions.” These effects may be long lasting or even permanent. So while Marijuana may “just be a plant” that does not mean with certainty that there are no negative effects from its use.

In my previous post I made reference to a series of documented cases where children ended up in the ICU of a Colorado hospital due to marijuana intoxication. These were all cases of irresponsible parenting and children having access to their parents stash.

Medical marijuana for children used therapeutically is another story altogether. I highly recommend watching the incredible documentary ‘Weed’ which documents a year of research by CNN chief medical correspondent Dr. Sanjay Gupta who spent a year traveling around the world to shed light on the issue. Dr Gupta was highly skeptical and critical of marijuana use for children, but the evidence he uncovers is simply remarkable. He found that medical marijuana can assist with a range of medical conditions for children where conventional medicine has simply failed.

It is important to note that the medical marijuana that is being prescribed to children is a special strain which is high in CBD and has virtually no traces of THC and is ingested in a tincture format similar to a homeopathic remedy. There is still ongoing debate about the safety of this medicine, especially its long term effects, and therefore its use is highly regulated. Until more evidence and research comes to light, the tight regulation is bound to stay in place, but as this is an emerging field in medicine we can expect to see some major changes in policy as new research comes in.

First, let’s define an addiction. By definition, addiction is a state characterized by compulsive engagement in rewarding stimuli, despite adverse consequences. Addiction can take on many shapes and sizes. There are businessman addicted to work, teenagers addicted to computer games, and then of course the classic cases of drug and alcohol addiction.

I often have clients tell me that marijuana is not addictive. What they really mean to say is that marijuana does not have the same physically addictive symptoms often associated with other substances such as alcohol, cocaine and heroin. However, saying that the effects of marijuana are not as pronounced as other drugs does not equate it with not being addictive. According to the NIH (National Institute of Drug Abuse) marijuana is most certainly addictive. The statistics indicate that 9% of people who use marijuana will become dependent and that number increases to 17% if the user began in their teens. The number raises even higher, up to 25%-50% for daily users.

While the withdrawal symptoms are nothing like alcohol or heroin, it is common to experience headaches, physical discomfort and cravings for up to two weeks while withdrawing from marijuana. Studies have also shown that depression, fatigue, irritability and loss in appetite may occur during withdrawal from marijuana use.

In short, the more you use and the earlier you start, the more likely you are to become addicted.

A final thought: education, responsibility & above all, honesty.

Like all my blog posts, I intentionally do not write in abstract terms. In my work I see addicts from the full spectrum of the Jewish community. I say it time and time again – no one is immune. Through staying informed, acting responsibly and knowing when to seek treatment, we have the best chance of helping people have the most healthy and productive lives possible.

If you or someone you know needs help, don’t hesitate.

Together we can make a difference.

About the Author
Michael “Big Mike” Gondelman is the Founder and Director of the Jerusalem Sober House. After a long battle with Drug and Alcohol addiction Big Mike turned his life around and has made it his life’s work to help others struggling with addiction. Mike holds a Certified Addictions and Substance Abuse Professional (CASAP) international certification from the IC&RC and a Bachelors Degree in Judaic Studies from Ohr Somaech Yeshiva. To find out more about the Jerusalem Sober House, visit us online at: www.JerusalemSoberHouse.com To contact Mike, please email BigMike@JerusalemSoberHouse.com
Related Topics
Related Posts
Comments