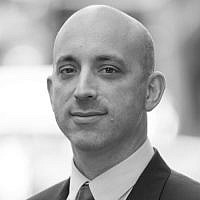 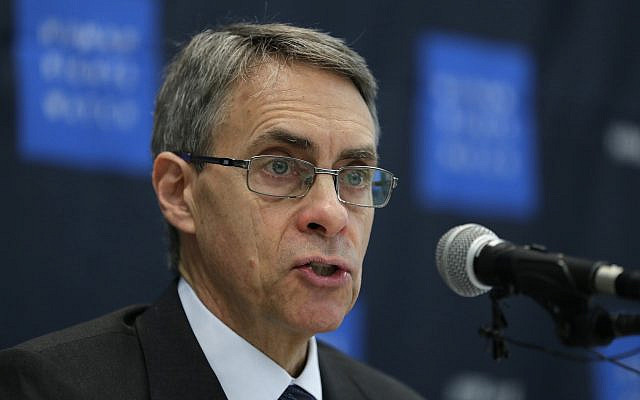 The headline of the article was damning: “Why the Godfather of Human Rights Is Not Welcome at Harvard,” screamed the boldface on the website of the Nation. The article, published Jan. 5, went on to breathlessly describe how Kenneth Roth, the longtime former head of Human Rights Watch, was denied a fellowship at the Carr Center for Human Rights Policy at the Kennedy School of Government at Harvard University.

The reason? According to the article, it was his perceived “anti-Israel bias” — particularly his tweets on Israel – that raised a red flag to the decisionmakers at the school. This, according to Kathryn Sikkink, Professor of Human Rights Policy the Kennedy School. Sikkink told the Nation she was surprised the dean himself had gotten involved in the appointment. She claimed her efforts to convince the school’s dean to reverse his decision fell on deaf ears.

Why? The Nation article draws its own conclusions. And this is where the author diverges from journalism and begins a long trip down the antisemitic rabbit hole, moving from coverage of the appointment itself into the realm of conspiracy theories about Jewish control, power, and financial influence.

This is where an exploration of who is anti-Roth became a case study in how antisemitic tropes can infect even a journalist of author Michael Massing’s standing.

Massing, who, according to his online bio, is currently writing a book “about money and influence” constructs a multilayered conspiracy theory around the denied appointment, which is grounded in a series of suppositions about wealthy pro-Israel Jewish philanthropists working themselves into positions of power at the prestigious Kennedy School.

Massing writes that, in order to get the “context of (the dean’s) decision,” Professor Sikkink referred him to an article by Peter Beinart in The New York Times. Beinart, hardly an unbiased observer of the Jewish community when it comes to Israel, had suggested in that piece that the “campaign against ‘antisemitism’ … has become a threat to freedom. It is wielded as a weapon against the world’s most respected human rights organizations and a shield for some of the world’s most repressive regimes.”

In sum, Beinart’s opinion piece castigated the country’s leading Jewish groups, including ADL, the American Jewish Committee and others, for falsely accusing human rights organizations of antisemitism and allegedly squelching freedom of speech in the process.

This criticism from Beinart was nothing new; for years he has wrongly accused ADL and other pro-Israel groups of using the antisemitism charge as a weapon. He and others have ignored the long history of many of these groups, including Human Rights Watch, for their disproportionate and almost obsessive focus on Israel. Tellingly, neither Massing nor Beinart bother to address the upsurge of antisemitism that accompanies these kinds of reports. They also ignored the weaponization of HRW’s reports, which effectively delegitimize Israel’s existence, deeming it a pariah state to be placed in the company of the worst regimes in history.

But in this particular case, how did Beinart’s article provide evidence that ADL and other Jewish groups had gotten involved in the process for Kenneth Roth’s appointment?


But Massing and the Nation helpfully connect the dots for the reader: It’s really all about Jewish money and influence, about David and Goliath. Look at the tiny Carr Center at Kennedy (eight person staff and 32 fellows), whose survival from year to year is “precarious” as its mission “often sits uncomfortably with the institutes that deal with defense policy, military strategy and intelligence gathering,” writes Massing. And those larger, well-funded institutes? Massing chooses to highlight their backing by pro-Israel Jews. Just look at the Belfer Center for Science and International Affairs, funded by wealthy Jewish backers, he writes. Or the Center’s Recanati-Kaplan Fellowships, funded by “superrich” donor Thomas Kaplan.

Next, the article points to a 2017 book by Daniel Golden about spy schools, citing a chapter that shows how members of the foreign intelligence services flock to the Kennedy School because it offers “a conduit to the highest echelons” of the US government. That’s completely unsurprising, this being Harvard, one of the foremost research universities in the world. But guess who most prominent among those in the highest echelons of the US government, according to Massey?

Yep, you guessed it: Israelis and Jewish donors.

It’s a textbook case of classic antisemitism: It’s not the leadership of the Kennedy School that made this decision, oh no. It’s the powerful and monied Jewish elite that really influences things behind the scenes. In short, the article plays into the classic antisemitic trope of Jewish power and control – without providing any evidence that any of these Jewish donors or groups played any role in influencing the decision to derail Roth’s fellowship.

At a time when more and more Americans are buying into antisemitic tropes, it’s deeply disturbing that the Nation is providing fodder for the antisemitic notion that Jews have too much power in the US.

Yet, it is not surprising. As the leading journal of the far left for decades, the Nation has a history of virulent opposition to Israel, publishing inflammatory rhetoric and prominent critics of the Jewish state, including the co-founder of the BDS movement Omar Barghouti, who has expressed the view that there should be no Jewish state at all. And the Nation appointed Mohammed El-Kurd, an anti-Israel polemicist who has compared Israelis to Nazis and used the blood libel trope, as their “Palestine correspondent” in 2021.

Harvard is one of the most esteemed institutions in the country. Its leadership is entitled to select its fellows based on whatever measures they choose. But its critics should be able to do better than concoct anti-Jewish conspiracies to explain away their failings.