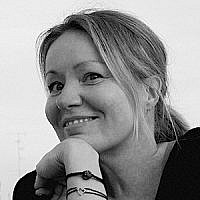 In what parallel universe is it okay that supposedly educated countries, like Sweden and France, abstain from voting against the UNESCO resolution removing any Jewish connection to the Temple Mount? How could we consider it a victory that these countries went from voting for, to not voting at all? How could any country with a brain and just an ounce of history knowledge deny the Jewish connection to Jerusalem and Israel? Because we all know that abstaining is just a cowardly way of silently saying yes – much like Sweden stayed “neutral” during WWII, while giving the Germans a free pass through the country and access to the iron that helped build up the Nazi war machine.

Have we been bullied for so long, that we’re happy for any little bread crumb thrown our way? When will this neighborhood bully realize that we’re the one being bullied? When will we stop thinking that it’s a good day, when our bullies only slam our head in the toilet bowl once, and only kick us twice? When will we stand up and say enough is enough? When will the world finally stand up for us?

Maybe the UN and UNESCO are a joke, with very little credibility, in our eyes – but for the rest of the world, they are not. People listen to them, and they get millions to continue with their b*llshit – they are state sponsored bullies. What’s next? The Palestinians suing the UK for The Balfour Declaration? The Palestinians claiming that Jesus was a Muslim? Oh, wait… that already happened.

I’ve had it. Time to stand up and fight back.

No more being bullied by bullies that don’t even belong in our school yard. No more bread crumbs. No more inviting back-stabbing, fake leaders of a fake country, crying fake tears to one of our statesmen’s funerals. No more accepting of the world that never seems to change. No more anti-Semitism. No more Israel-bashing.

It’s not us. It’s them. They are so afraid of the Muslim population in their own countries, and the Arab world in general, that most of the time they are running around like IS-beheaded chickens, trying to figure out which a** to kiss in order to stay safe (which we all know, is not working very well). It’s quite pathetic to watch actually. But at the end of the day, their behavior and their actions do affect Israel and Jews in the diaspora, so we have to care and we have to get involved in order to stop the madness.

I really wish that we for once would stand up and punch back. It’s the only language they will understand. A bully does not respect the ones they are bullying, until they fight back. We have so much they need that we can deny them. Security, innovations, high-tech, culture to name a few. If they don’t start respecting us, we should deny them everything and throw them back to the Stone Age where they belong.

No more helping out without taking credit. No more collaboration behind the scenes with countries that officially deny our right to exist. No more sharing. No more giving respect without receiving it. No more trying to please everyone – it will never be enough. No more staying silent while vicious lies are being spread. No more thinking this too shall pass. No more bending our backs.

We’re a strong, proud nation and people, and we need to start showing it. We ALL need to get involved. We can NOT take this country for granted. Slowly and surely they are attacking us, and we’re so used to it that we’re not noticing that the small cracks are getting bigger and bigger – and if not stopped, it will all collapse.

Israel is a Jewish nation. Jerusalem and the Temple Mount are part of our history and religion. The Arabs are the invaders, and we can not allow them to silently hi-jack our god-given right to be here.