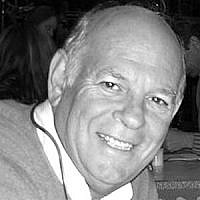 The Blogs
Lenny Kristal
Apply for a Blog
Please note that the posts on The Blogs are contributed by third parties. The opinions, facts and any media content in them are presented solely by the authors, and neither The Times of Israel nor its partners assume any responsibility for them. Please contact us in case of abuse. In case of abuse,
Report this post.

Following his visit to the United States, Israel’s Prime Minister Benjamin Netanyahu stepped onto the tarmac at Ben Gurion Airport near Tel Aviv and could be forgiven for smiling broadly. Not only had the music in the Oval Office changed, but also, there was an unmistakable warmth and friendship in the air.

The summit between the Prime Minister and the American President signified a fresh chapter in a US-Israel alliance. The remarkable relationship built over decades and cherished greatly by preceding US and Israeli administrations has clearly been fortified, underpinned by shared interests and values of democracy, freedom and human rights.

Strategically, the summit also opened up opportunities to tackle the core challenges of our times, engage new partners and promote peace.

Leadership in both countries share common cause with a united front against Iranian nuclear ambitions and radical Islamic terror, seen as dangerous threats not only to Israel, but also to regional and global stability, including the United States. They are acutely aware that Iran drives global terrorism, funding and supporting terrorist organizations like Hezbollah and Hamas; that it recruits arms and trains proxy militias in Syria, Iraq, Yemen, Lebanon and elsewhere; that the regime is responsible for the deaths of hundreds of thousands of innocent people across the planet. Above all, they understand that the consequences of a nuclear Iran would be catastrophic, armed with a nuclear arsenal, and its proxies in reach of atomic weapons.

A bulwark of stability in the cauldron of Middle Eastern mayhem, Israel is the West’s greatest ally in defying terrorism. It is precisely for this reason that the United States and Israel share intelligence, technology and expertise, united in defending human life and human dignity against radical Islamic terror.

For Israel, the danger of a nuclear capable Iran is existential. The Sunni Arab states are threatened by Iranian hegemony. And for the world, it means the magnitude of Iran-fueled terrorism across continents would reach unfathomable new heights.

The Jewish state is not alone in a very tough neighborhood. Today, there appear to be new partners in the Arab world that seek stability and prosperity, while defending their people against terrorism. The Saudis covertly backed Israel in their more recent military battles with Hamas and with Hezbollah. Moreover It is an open secret that Saudi officials have quietly been visiting Israel. As long as these ties remain under the radar, the growing cooperation between Israel, the Saudis and the Gulf States, will grow.

Such developments mark a significant shift, paving the way for closer and beneficial relationships. As more Arab states view Israel as a potential ally rather than enemy, Israel will be able to coordinate on matters of common interest, strengthen economic ties, and perhaps most significantly, form bridges of mutual understanding and recognition. With shared interests and with Sunni Arab states playing an instrumental role in securing regional stability, Israel sees a new opportunity for building peace with the Palestinians and its Arab neighbors. But as Mr. Netanyahu emphasized at the White House, a continued basis for progress and change in the Middle East, must be about “substance, not labels.”

First, the Palestinian leadership must recognize Israel as the national homeland of the Jewish people and stop encouraging its people to anticipate a future in which Israel no longer exists. The Palestinian Authority ‘s map of “Palestine” which completely expunges Israel can no longer hang in schools, offices and mosques. Furthermore, it must reject terrorism and once and for all, and end the systematic indoctrination of its people to hate and reject Jews.

Secondly, Israel must maintain overall responsibility on all security matters between the Mediterranean Sea and the Jordan River; lest it sees another radicalized armed Palestinian state emerge, as in the case of Hamas-ruled Gaza.

The Palestinian people have everything to gain with a peace deal. But they also have much to lose if their leadership continues its current trajectory of avoiding direct peace talks with Israeli counterparts. Bashing Israel in international forums and missing opportunities to forge peace helps no one.

Israel will surely look with renewed optimism at the positive shifts in its relations with the United States and with its Arab neighbors. And the coming years are likely to see the US-Israel alliance strengthen even more, in every field, and that can only serve the cause of peace, stability, and prosperity in the region and beyond.

About the Author
Lenny Kristal grew up in South Africa. He went to Israel as a volunteer in the 1967 six-day war. He subsequently went on to receive a Ph.D. in Psychology, at Cambridge University. Lenny lives in Berkeley, California, where he is deeply involved in Jewish communal affairs.
Comments