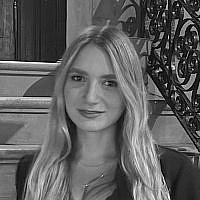 The Blogs
Anna Farr
Apply for a Blog
Advertisement
Please note that the posts on The Blogs are contributed by third parties. The opinions, facts and any media content in them are presented solely by the authors, and neither The Times of Israel nor its partners assume any responsibility for them. Please contact us in case of abuse. In case of abuse,
Report this post. 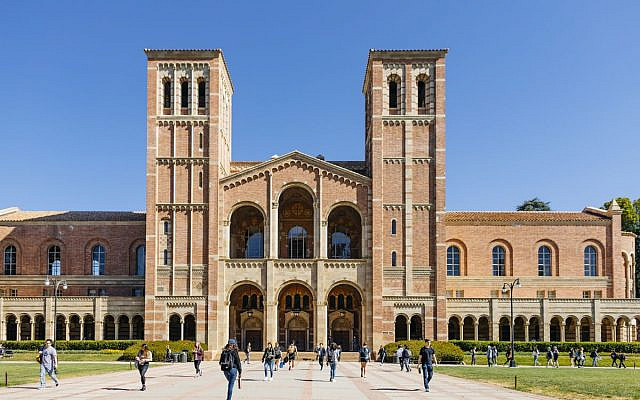 The 21st century, also known as the “information age,” is seen as the age of progressiveness and activism. So, how come in this age of what is supposed to be filled with education, liberalism, and tolerance, do we find an easier way to spew hateful and harmful opinions? The simple answer is to blame technology. With the advancement of technology comes the safety of hiding behind a screen to enter into controversial debates and tear people down. However, it goes beyond using technology as a catalyst for voicing hate. The truth is- the perpetual hate and intolerance lies within the juxtaposition between the “age of knowledge” and raging antisemitism we still see today.

As Jews, we are not foreign to the hateful stereotypes and seemingly “harmless” jokes. As a people, we have become accustomed to the idea people might not see hate crimes driven by antisemitism in the same way people view hate crimes issued upon any other marginalized group. It would only make sense, that a generation of people who actively cry out for justice, would use a tool as impactful as social media as their platform to make the world a better and more just place. But instead, we see individuals use their voice to be blatantly antisemitic or refuse to acknowledge how antisemitism is still a prominent problem in our society.

As a UCLA student, I see firsthand the activism on campus and desperation for change. And, as a student who grew up in the Modern Orthodox community, I would expect this support be lent to the Jewish population as well. It only makes sense minority groups all be represented, otherwise the representation of those groups who need it would be in vain. Therefore, I was surprised when I found myself fighting for support and recognition when a conversation of antisemitism arose in a UCLA political science group chat. Instead of being used for its intended purpose, the chat quickly turned into a debate about whether what Kanye West has said in the recent news was truly harmful to Jews or not. While I was voicing my opinions that indeed those words are harmful to any group of people, I was met with fellow students invalidating the harmful antisemitic words this once respected artist has said. Along with this came students comparing other minority groups and arguing equal representation. While of course any hate crime and hate speech is unacceptable, it seemed antisemitism was not able to stand on its own.

What these students have failed to consider is that as a people, especially in a day and age where diversity is accepted and embraced, we need to work together to tackle the issue of hate and not be turned against each other. After a meme of Hitler was posted in the group, I immediately thought about how the generation that is supposed to have the most access to education seems to be the generation to most lack it. As a granddaughter of Holocaust survivors, I was deeply disturbed and confused by a picture in my school chat posted of Hitler. Although I was bothered by this, I could not help but recognize that these students do not even know that the person they attribute to the mass genocide of Jews is the same person who would have done the same to any of their ancestors had they been in the region. If they would think this historical event could have affected them and their families, they would have refrained from posting. The sad reality is, there are no repercussions when Jews are the ones being scrutinized.

These students have a voice. They have a following. They have a presence. Words matter and we need to now be more careful than ever with what we say online. Technology has made it so easy to say what we want to say, yet the repercussions are immense. It is daunting to see this generation with more influence than before have access to such a critical tool. Due to the longevity of online activity and the power it holds, we need to work together to put an end to hate for any and all groups, especially those who have yet to receive support thus far.

About the Author
Anna Farr is a senior at UCLA majoring in political science.
Related Topics
Related Posts
Anna Farr