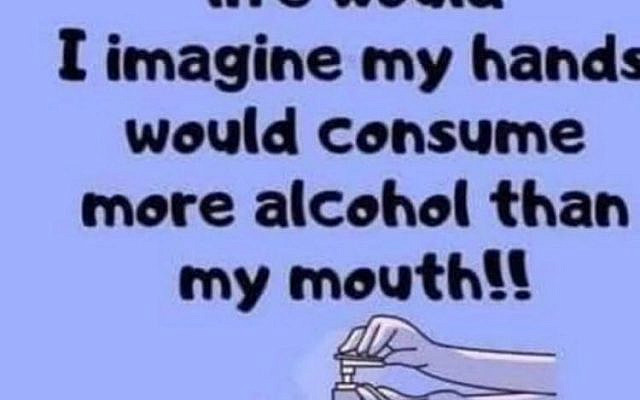 I am fascinated by how quickly people adapt their behaviors. The virus has made everyone nervous and willing to do almost anything to change, to get back to the old normal.

For those of us who are Orthodox, we are not about to give up going to minyan. It is engraved in our souls that we must go to shul from childhood until they put us in a box to take us to our graves.

The Bible teaches that praying in a Minyan is getting close to G-d. When we pray in a minyan, G-d does not judge us individually but collectively so that we become much more able to connect to G-d regardless of our sins.

So it was with great pleasure they reopened the synagogues. We only had to change a few minor behaviors. With the change in the behaviors, it was common sense that it was no more dangerous in the synagogue than on the bus or store.

Social distancing in the Synagogue now means that the formerly full synagogue is ¾ empty. No one can talk to each other, because no one sits next to each other, so there is no more talking in shul. This behavior of talking in shul was always a sore point in Orthodox shuls where many of the people who come to pray were disturbed by it. There were books written about and many of the bigwigs proclaimed that the reason for everything from the Mashiach not coming to everything negative that happens in the Jewish world, was caused by talking in shul. Well, if it was true or not, there is no more talking in shul, because you would have to yell to talk to someone

Even saying hello in the morning to everyone is frowned on by some people. Like everything else in Judaism, there is a reason for that as well. The Jewish law (Halacha) is that you are supposed to say hello to G-d first before you greet anyone else. Forget the fact that normally the only time you can say hello to anyone is the morning prayer (in the afternoon and evening people rush in and out of the synagogue like a race course). I have always had a problem with this one as I love to greet people with a rousing Boker Tov because there is also a teaching is that you are supposed to great everyone with a smile when you see them. So there is tension between these two teachings.

One of the more fun parts of the old ways were the kiddushes after praying on Saturday mornings and sometimes even Kiddush clubs.

What is a Kiddush club you ask? In between the two morning services (Shacharit and Mussaf), the Torah is read, then the Haftorah and a Rabbi’s speech. This usually takes at least 20 minutes. Enough time to go outside has some expensive alcohol (and the more expensive the better–the older single malt scotch at least 18 years old and everyone tried to outdo each other with the most expensive price. Not that anyone can really taste much difference between the brands–of course no one admits this).

And it you didn’t have a shot at the Kiddush club, there were usually plenty of bottles at the Kiddush itself. Enough to get good and drunk if you so desired. But all that is gone now. There are no kiddush clubs there are no Kiddushes. Only prayer and no talking. So no one can say that we in shul for any other reason except to connect with G-d.

But wait the Alcohol is not gone! It’s just in a different form. The history of hand sanitizer

The Centers for Disease Control and Prevention do note that, when it comes to preventing the spread of coronavirus, “if soap and water are not readily available, use a hand sanitizer that contains at least 60% alcohol.”

And indeed, that is the primary ingredient in hand sanitizer: alcohol. Most hand sanitizers contain anywhere from 60% to 95% isopropyl or ethyl alcohol mixed with water and gels like glycol and glycerin in order to prevent drying out users’ skin. The resulting product is typically sold in a hand gel or liquid spray under brand names such as Purell or GermX.

But while alcohol has been in use as an antiseptic since the late-1800s least, the exact origins of hand sanitizer are up for debate.

One version of the story points to Lupe Hernandez, a nursing student in Bakersfield, California in 1966, as the inventor of hand sanitizer after combining alcohol and gel for use by doctors in situations where they don’t have time to access soap and warm water before treating patients.

However, a recent investigation by the Smithsonian Institution historian Joyce Bedi was unable to turn up any trace of Hernandez, or any evidence of a U.S. patent for hand sanitizer under that name from the 1960s.

There’s also Sterillium, which the German company Hartmann claims was “the world’s first marketable alcohol-based hand disinfectant” when it hit European shelves in 1965. It’s made with glycerin and 75% alcohol.

Still, others trace modern hand sanitizer back to Goldie and Jerry Lippman, the married couple that developed a waterless hand cleaner in 1946 for rubber plant workers who previously used harsh chemicals like kerosene and benzene to remove graphite and carbon black from their hands at the end of their shifts. The product, which they called Gojo (a portmanteau of their names) is a mix of petroleum jelly, mineral oil, and less than 5% alcohol that’s still used today by auto mechanics and other workers to clean off substances like grease and oil.

The Lippman’s mixed their first batches of Gojo in a washing machine in the basement of Goldie’s parents’ Akron, Ohio home, where the couple was living at the time, according to The New Yorker. They put the resulting product in pickle jars and sold it out of the trunk of their car.

Over the ensuing decades, Gojo continued selling their products as industrial cleaners. Then, in 1988, the company invented the hand gel Purell, which consists of 70% ethyl alcohol as its primary ingredient, along with propylene glycol. While Purell is now the world’s best-selling hand sanitizer, it took some time for stores to carry the product that most everyday customers weren’t really asking for. As such, Gojo did not release Purell onto the consumer market until 1997.

And like the Kiddush club, the more alcohol in the hand sanitizer the better, for killing germs. To watch people in shul take a hit every time they touch something or get called up for an Aliyah (being called to the Torah) is surreal. They feel it is a magic potion that will push off the virus and keep them safe. And they rub it on themselves as if it was holy water. I have no idea whether it will or not, I just couldn’t help noticing that the alcohol is not gone, it is now just in another form!

Morty Applebaum had a very unpleasant appointment scheduled with an IRS auditor who had come to review his records. At one point the auditor exclaimed, “Mr. Applabaum, we feel that it is a great privilege to be allowed to live and work in the USA. As a citizen you have an obligation to pay taxes, and we expect you to eagerly pay them with a smile.”

“Oy, thank God,” said Morty with a sigh of relief. “I thought you were going to want cash.”