The term propaganda has accompanied digital diplomacy since its inception more than a decade ago. Notably, although the propaganda has a negative connotation it actually dates back to the Catholic church that wished to propagate the faith. As technologies have evolved, so have the forms of propaganda. Under the reign of Henry VI, tapestries were hung in France to bolster support of a British-French state. The printing press advanced religious propaganda, though not the one sought out by the pope. Then came movies, radio and finally social media.

Social media propaganda has been dubbed as “new” in that it no longer focuses on states or blocks of states, as was the case with radio stations during the Cold War. On the contrary, social media propaganda is tailored to an individual’s political affiliation and beliefs and may thus be far more successful in altering a person’s actions. The “new” propaganda came to light during Congressional hearings where Facebook shared Russian ads used in the 2016 elections. Each ad had a clear demographics including users’ location, age group, sex and race.

It seems, however, that we are now in the age of the new “new” propaganda. First, traditional propaganda was a form of narrative competition. Audiences were presented with two alternate versions of reality. Such was the case during the 1962 Cuban Missile Crisis when President Kennedy announced that the Soviets had placed nuclear missiles in Cuba. The Kremlin immediately stated that these were lies and that it had no offensive weapons on Cuba. Two narratives and two alternate realities. However, in this case, both realities collided when the US Ambassador to the UN revealed satellite images of the missiles. The question was no longer if the missiles existed, but how to get them off of Cuba without starting WW3. 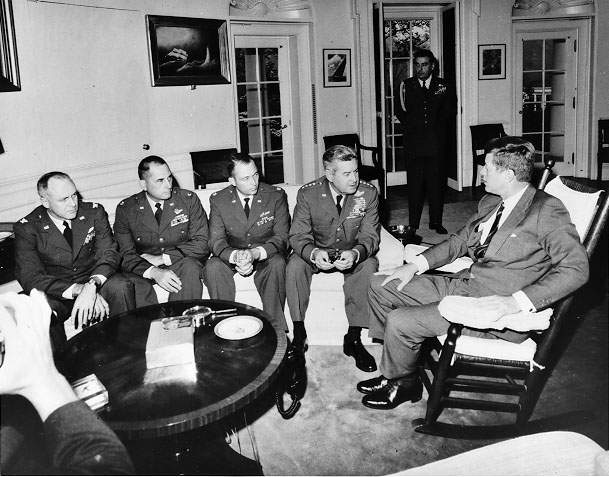 Present propaganda wages war on reality itself. Its’ goal is to convince audiences that there is no reality for if there is no reality no one nation is more credible than another. This is achieved by publishing multiple and contrasting depictions of events on different media platforms- be it official social media accounts, fake social media accounts and especially across social media platforms. In this way, what a digital reader reads on one platform is immediately negated on another and then another. The search for reality thus becomes all the more impossible unless one returns to traditional media- which is no longer as traditional as it once was. Global broadcasters and national newspapers themselves often negate one another.

Second, images and videos further complicate the nature of propaganda. For instance, a post on one social media network depicts a horrid explosion, while a post on the same topic carries an image of no explosion whatsoever. New propaganda is more dangerous as it is visual, as opposed to audio or written forms of propaganda. For we have been taught since infancy that images carry the burden of reality. Family photo albums are archives. The Auschwitz memorial contains vast quantities of images that ‘prove’ what happened there. But in an age when images can so easily be manipulated, so can reality and one’s ability to approach that reality.

Third, is the issue of ‘deep fake’ or videos that supposedly depict an individual making a false statement. In my view, ‘Deep Fake’ is the symptom not the disease. A ‘Deep Fake’ video of President Putin announcing an invasion of the Baltics would be disproved by militaries and leaders within minutes. Yet for average social media users, the reality of whether the video was real or not may never be known. The video may also soon be duplicated with various dubbings suggesting anything from Putin’s resignation to his war on Ukraine. Instantly, millions of atoms of reality would flood digital platforms, and once released they may never be collected again. It may also further deepen the crisis which the new “new” propaganda brings with it- uncertainty.

Finally, propaganda can now be more tailored than ever before. Content can be tailored to one’s relationship status, education, career, social life, political activism, fashion, language style- even if these have never been stated online. So big is our digital fingerprint. And so, even individuals who follow the news and consider themselves knowledgeable about the world may soon be targeted with contradicting information. And when they seek to check such information- they will arrive at a site that only confuses them more.

The new propaganda benefits from a complex world of increased deniability. Did China know how dangerous Covid was? Did Russia cross the border in Ukraine? Who is in charge of bombing of Iranian militias in Syria? Are there Iranian militias in Syria? These questions and many more remain unanswered while global processes such as Chinese investments in Africa and American military presence in the Pacific all require elaborate answers that cannot be delivered by a few BBC tweets or a CNN Breaking alert.

The question, of course, is what is the goal of the new “new” propaganda? Uncertainty. A world without reality or facts is a world that cannot be fathomed by its inhabitants. This leads to anger and confusion, on the one hand, and nostalgia on the other. Dozens of movies and TV shows made in recent years have transported audiences back to the moral certitude of WW2, or the simple moral distinctions of the Cold War. The losers from the new “new” propaganda are democracies where trust in governments is down, and support for populists is up. Governments represent facts that can’t be relied on anymore, populists promise to return to a simple past. In the process chaos ensues. The winners are authoritarian regimes that can still control, to an extent, their media landscape and carry out geo-political ambitions while the rest, and the West, remain dazed and confused.