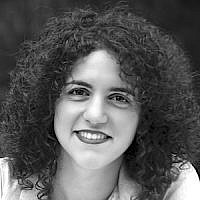 The Blogs
Sarrah Bechor
Apply for a Blog
Please note that the posts on The Blogs are contributed by third parties. The opinions, facts and any media content in them are presented solely by the authors, and neither The Times of Israel nor its partners assume any responsibility for them. Please contact us in case of abuse. In case of abuse,
Report this post.

A recent speaker series organized by Our Soldiers Speak featured a presentation by Brigadier General Amir Avivi (Res.), former Head of the Auditing and Consulting Department of the Israeli Defense Establishment (2014-16). Avivi entered into an in-depth discussion of the question, ‘What if the Two-State Solution is a Policy of the Past?’ during which he explored the decades-long struggle to realize a viable ‘two-state’ solution and introduced the ‘New State Solution.’

With the impending arrival of President Donald Trump to the region, the timing is auspicious for an innovative reformulation of a future negotiated agreement intended to establish a sovereign Palestinian state alongside the State of Israel. As described by General Avivi, the last five years of widespread turmoil in the Middle East have disrupted a longstanding notion that the region’s myriad challenges stemmed from one unresolved geopolitical issue: the Israeli-Palestinian conflict. The Syrian civil war, the war against ISIS and its allies, the reemergence of Iran as a significant threat to regional stability, a migration crisis with global ramifications, a wave of terror including high-profile attacks in major Western cities, and other developments – all distinctly unrelated to Israel or the Palestinians – have undone the veracity of this claim and raised the specters of continued unrest, radicalization, and an unraveling of various statuses quo.

This welcome shift in perspective has yet, however, to be accompanied by any out-of-the-box thinking regarding a two-state solution that, as the General stresses, never convincingly answered concerns about Israel’s security, the status of Gaza, and functional details about the Palestinian state. A new configuration that ensures Israel is able to defend itself and that the Palestinian state has a chance to succeed is, therefore, proposed by General Avivi: the northern part of the Sinai Peninsula, about one-third of the peninsula’s territory, along the coastline, linked to the Gaza Strip, should serve as the home of the future Palestinian state. This part of Egypt sits on the Mediterranean Sea, is home to natural resources such as oil, and is an attractive destination for trade, commerce and tourism–all positive indicators for a fledgling state. This border would be far simpler for Israel to defend, the General asserts: Israeli territory overlooks the Sinai Peninsula, the border area is relatively distant from the central and most populated parts of the country, and Israel could depend on its strategic depth in the Negev Desert. As a former Brigade Commander in this border region, the General is so optimistic about Israel’s ability to control the defense logistics in the area that he suggests that a Palestinian state built in the northern Sinai would not even have to be fully demilitarized–this being in stark contrast to the widely-accepted scenario of a Palestinian state established in the Judea and Samaria region, against which it would be impossible for Israel to defend itself and which would require the state’s complete demilitarization.

Egypt may also be primed to accept the terms of ceding this territory, as the General explained: today’s Egypt has, since the events of the Arab Spring, lost its hegemonic stature in the Middle East, the country’s economic circumstances continue only to worsen, the Sinai has become a hotbed for ISIS and its affiliates’ activities, and the border between Egypt and Gaza, rife with smuggling tunnels, has also become problematic to defend. As a willing party to this course of action, Egypt may regain status both in the Arab world and worldwide by coordinating with the international community as well as Israel to rid the Sinai of ISIS forces, develop the area for industry and tourism, and prepare for the incoming population. The establishment of a separate organization by participating members of the international community would facilitate the funding of this project, the provision of relocation incentives to the Palestinian population of Judea and Samaria, and assurances that these funds not find their way into the coffers of private banks or terrorist groups.

The context of a political impasse within the Israeli political establishment and in Israeli-Palestinian peace negotiations provides additional reasons to explore this new avenue, as the General suggests. The Israeli Left, which has lost credibility among the public as a result of its unsuccessful and costly peacemaking attempts, is in as much need of an original idea for peaceful resolution as is the Israeli right, which finds itself frequently on the defensive when accused of deliberately impeding peacemaking efforts and pursuing a seemingly untenable one-state solution potentially complicated by demographics and security logistics. The opportunity to realize mutual political benefit may have the effect of healing bitter divides between political factions in Israel and reestablishing this NEW STATE SOLUTION as a bipartisan undertaking.

Critical in this equation are the current realities of the Palestinian Authority territory in Judea and Samaria, and that of Hamas in Gaza. Since the signing of the Oslo Accords, the Palestinian Authority has not improved upon the legacy of Yasser Arafat and other early leaders. Abu Mazen, at the helm of the PA, has not stemmed the tide of incitement against Israelis, and has overseen campaigns of hateful rhetoric across Palestinian society.

We are now seeing one of the long-term products of this effort in the form of a wave of Palestinian teenagers attacking Israelis with knives, stones and other low-grade weaponry. Over the many years of conflict, the officials of the PA have made of themselves billionaires from the funds afforded them by generous European and American government and NGO grants, with little of this wealth transferred to the Palestinian population.

While investments in peace-promoting education and a new peace-oriented generation of Palestinian leadership are not prioritized by the PA, these monies are in part used to support and thereby legitimize terrorist activities; in the case of Gaza, Israel’s 2005 full disengagement did not realize the dream of building the ‘Singapore of the Middle East,’ but was taken by Hamas as an opportunity to commit resources to the industrial production of rockets to launch into Israel. Despite unsatisfactory conditions for peace and prosperity in either of these Palestinian territories and the perpetuation of conflict by way of constant indoctrination, neither the PA nor Hamas have felt the same wrath of the international community or been subject to the same blame or accountability measures for the lack of progress on peace as Israel. Inexplicably, General Avivi relates, the same logic about the need to root out ISIS and its pernicious ideology is not applied to tackling the sources of Palestinian terrorism and hate-mongering. The situation for both entities is unstable, however. An ailing and aging Abu Mazen, in power for over 13 years, is likely to leave behind him a power vacuum in Ramallah on which Hamas is looking to capitalize. In Gaza, Hamas is now combatting the infiltration of such groups as ISIS and Islamic Jihad. Neither scenario is conducive to the benefit of the Palestinian people or the peacemaking process.

The New State Solution arises from dire circumstances, but offers a scenario that comes closer to fulfilling the wish lists of Israeli, Palestinian and international peace negotiators than any proposal has in the recent past: namely, two viable states, one Israeli and one Palestinian, living — and here the General quotes former Secretary of State John Kerry — “side by side in peace and security.” As the stakes grow only higher for all parties involved, an original approach to this conflict becomes a necessity to ensure progress toward future resolution.

About the Author
Sarrah Bechor is a policy and business analysis professional. She received her Master's from the Georgetown University School of Foreign Service, and has since pursued extensive research assignments abroad and published on the topic of the Iranian nuclear crisis and related strategic issues. Most recently, Sarrah managed global strategic partnerships for a NY-based technology startup while continuing to write about and explore global policy developments with a particular focus on the Middle East.
Related Topics
Related Posts
Comments