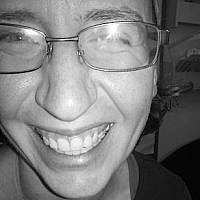 The Blogs
Tzippy Levy
Apply for a Blog
Advertisement
Please note that the posts on The Blogs are contributed by third parties. The opinions, facts and any media content in them are presented solely by the authors, and neither The Times of Israel nor its partners assume any responsibility for them. Please contact us in case of abuse. In case of abuse,
Report this post.

Chanuka is my favorite Jewish holiday.

Well, okay, maybe not number-one favorite, but it’s up there. Probably in the top five. Without a doubt, top ten.

What I find nice about Chanuka is how the way that it’s celebrated by both religious and secular Jews is almost exactly the same, which is actually something really rare and special when you think about it.

But the chocolate coins are a close second.

I’ve been burned too many times in the past by sufganiyot with little-to-no jelly inside, and latkes are only really good fresh, but Chanuka gelt never lets me down. I don’t know why chocolate wrapped in gold foil tastes so much better than any other chocolate, but it does. No matter which brand, the chocolate that they release for Chanuka is always better than the chocolate they have during the year.

So last night I was at the supermarket, and I figured I would pick up a few packs of Chanuka gelt to share with my family and then hide away the rest for me. (Incidentally, when you Google “hide food from kids,” all of the results on the first page are about hiding vegetables inside your kids’ food. What? That’s the opposite of hiding food from kids! That’s hiding food for kids!) For some reason, I’ve been having a hard time finding gelt this year (hopefully nothing to do with the world chocolate shortage I’ve been hearing so much about), so when I looked in the little Chanuka corner of the store with the candles and the powdered sugar (apparently, the amount of powdered sugar that goes on top of a sufagniya is supposed to rival the amount of flour this goes inside) and I didn’t see any bags of chocolate coins, I was disappointed, but not shocked. There were big paper dreidels with random junk food and one or two coins per box, but if you think I’m buying prepackaged mishlochei manot for Chanuka of all holidays, you’ve got another think coming.

Instead of giving up, I went over to the customer service counter, and I asked the employee there if they had any packs of Chanuka gelt. I specified that I wanted packs instead of just asking if they had gelt, because I didn’t want him directing me to those waste-of-money paper dreidels. Of course they had them, he told me, right over there in the Chanuka corner. Next to the candles. And the powdered sugar. (Okay, that part he didn’t say.) “The packages of coins?” I asked him. “Like, packages with only coins in them? That’s what I want.” Yes, yes, yes, that’s what they have, he assured me.

So I went back over to the Chanuka corner: Candles, powdered sugar, Chanuka mishlochei manot…wait, what’s that? A bag of chocolate soccer balls? Okay. I don’t remember learning that the Jewish children would pretend to be playing soccer instead of learning Torah when the Greeks would check in on them, but okay. And coins? I checked back to front, up, down, around the corner; bupkes. Finally, I admitted defeat and went to check out with the items that I did have.

The woman in front of me in line had, and I’m only exaggerating a little bit here, five million packs of Chanuka gelt in her cart.

I considered sneaking some out while she wasn’t looking, but she also had a lot of other snack food, so I figured that since she was clearly shopping for a party and I just wanted some chocolate, she could get priority.

Meanwhile, at home, we’ve been watching lots of Rugrats. Specifically, the Rugrats Chanuka episode, which my sister introduced to my kids over Pesach.*

What happens in this episode is that Tommy and co. need to put the meanie of Chanuka (aka Shlomo, Grandpa Boris’s frenemy) down for a nap so that he won’t bully Tommy’s grandfather. Also, Tommy’s dad “invents” a giant chanukiah and drives it through the streets of whatever town the Pickles live in, a la Chabad. It’s a very cute episode. And it gave me this line (courtesy of the aforementioned Shlomo): “The Menorah is like the nightlight of our people. In times of darkness, it shines on the whole world, reminding us not to be afraid to be different, but to be proud of who we are.”

Speaking of menorahs/chanukiyot, my two-year-old just learned the word chanukiah this year, and he pronounces it “chunikiah.” This has nothing to do with anything, but it’s so cute that we sometimes point to one over and over again and ask him, “What’s this?” just so that we can hear him say it. The struggle between wanting to revel in your children’s adorable mispronunciations but also being the one responsible for teaching them to speak correctly is one of parenthood’s greatest trials.

Well, that and finding a decent hiding spot for the chocolate.

About the Author
Tzippy grew up in the vicinity of Teaneck, "Ir HaKodesh." She made aliyah because there just wasn't enough kosher pizza.
Related Topics
Related Posts
Comments