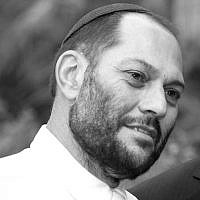 I draw once more from the writings of Rabbi Yom Tov Schwarz [1] whose compelling arguments are difficult to ignore. He believes that the post-War generation of Jews (particularly the religious communities) have never done enough to acknowledge the Holocaust. Sadly, the less religious communities are more respectful at commemorating the Shoah than their religious counterparts, who in many instances seem to ignore it completely.

He contrasts this ‘callous and cruel silence’, with historical (halachic) reactions to earlier tragedies, and wonders why an event which suffered far more deaths than any previous catastrophe, has been so discounted.

After the Chmielnitsky massacres of 1648-49, known as Gezeiros Tach veTat, the great commentator on the Shulchan Aruch , the Shach, composed selichos to be recited on the twentieth of Sivan, a day chosen as an annual fast day commemorating that event. The Shach writes that the number of Jews killed was around 100 000, and referred to it as the ‘Third Destruction’, following that of the First and Second Temples.

The Taz [2] also endorses this fast and mentions that it was observed by all the Jewish population of Poland, because most families were affected by the massacres.

One hundred and thirty years later, the Pri Megadim [3] writes that the fast was still being observed, and taken even more seriously than all the other fast days of the year.

Yet the Holocaust, which saw sixty times more that number, has been largely ignored by our religious leaders.

As is commonly understood, the halachic justification for this inaction is simply that there is no person in our times great enough to ‘innovate’ a new practice.

Take a look at the list of things, in the last few decades, that have been commented on, banned, or restricted in some way by our leadership. We have had people ‘great enough’ to tell us what to do with television, the internet, and smart phones. We have input on appliances and time switches on Shabbos. We know how to kosher a microwave. At least three ‘gedolim’ [4] have told us that women are not permitted to drive cars.

Yet no one is ‘great enough’ to apply their minds to the issue of halachically commemorating the most terrible death tragedy in our history!

There is in fact a source substantiating the belief that no one is ‘great enough’ to introduce a new ‘innovation’ such as a new fast day. It is the Mateh Levi, a commentator on Kinot for Tisha BeAv, who draws our attention to the persecutions perpetuated by the Crusaders in 1096. He explains that the reason why the Crusaders are remembered on the already established fast of Tisha BeAv, although their attacks technically took place over Shavuot, is because we lack the authority to ‘add an extra holiday’.

Rabbi Schwarz’s response to this is quite simply “Can the comments of one who annotates prayer hymns…supersede…the Shulchan Aruch, Magen Avraham,the Taz and the Shach, who enacted precisely such an extra day of mourning…for the persecutions of 1648?” [5]

The Radbaz [6], writing about someone who never shed a tear on the passing of a loved one, says that this “is indicative of hardheartedness, and an evil quality of the soul. It is a trait of cruelty…” Rabbi Schwarz asks “how much cruelty does one reveal” when we fail to remember millions of people who were brutalised?

Basing himself on the Rosh [7], he says that if any congregation agrees to undertake a fast, it becomes as binding as any other ta’anit tzibur (public fast). In other words, halachically, a fast does not require ‘great people’ to determine its veracity.  All it needs is acceptance by acommunity. And by community is meant any group of ten or more men, even if they are unlearned!

Such a fast day is considered binding to the extent that they say Aneinu and read Veyechal, as they would on any of the other fast days.

If this is the case, why have more people not even suggested a discussion about the establishment of an annual day of fasting (or even something else, like halachically endorsing some form of symbolism) to reaffirm our humanity, in the aftermath of the ‘Fourth Destruction’, where the degree and magnitude of our suffering was unimaginably greater than we have ever experienced before?