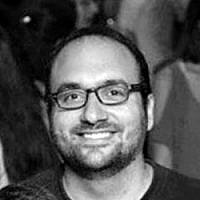 The Blogs
Or Shaked
Apply for a Blog
Advertisement
Please note that the posts on The Blogs are contributed by third parties. The opinions, facts and any media content in them are presented solely by the authors, and neither The Times of Israel nor its partners assume any responsibility for them. Please contact us in case of abuse. In case of abuse,
Report this post.

Recent actions taken by the IDF to stop rockets from being launched into Israel by Hamas, as part of operation “Protective Edge”, have resulted in unfortunate, unintentional cases of Palestinian civilian casualties. It has come to my attention that due to the above, and due to the fact that so far the Israeli civilian death toll has stayed solidly nil despite numerous rocket attacks, the measures taken by Israel in the Gaza Strip are declared by some as disproportional and unjust.

Never has it come to my mind that Israel needs to justify its military actions for self defense by suffering civilian losses. With that sense, people might as well hit the streets and wait for a rocket to hit them just to say that Israel suffered too. The mere fact that recent rocket launches into Israel did not hit and kill innocents (thankfully) does not mean that they cannot. Can a rocket, launched indiscriminately into civilian areas by Hamas, tell where and who it is going to hit? Do terrorists who launch them care if such rockets hit the elderly, a woman, a child, a baby? Actually the answer is yes – it will be a victory for them and they will rejoice over it. Innocent civilians have died because of such attacks before. In court, regarding an assassination attempt, the person who committed the crime must face punishment regardless if the attempted murder failed. Confronting a terrorist organization, which in this case endangers 40% of Israel’s population (millions of lives), should be dealt with in the same fashion. In this unfortunate reality, silence by Israel was not answered with silence by Hamas. However, it is not only Israelis that suffer from this crisis. 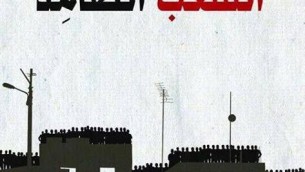 It says: “The people stand strong” and calls on them to become human shields when Israel warns them to evacuate areas they plan to target. Pay close attention to the people on the rooftops and the rockets above. Credit: StandWithUs

Another related note to be made is that not every action committed by Palestinians, including terrorism, is a response to Israeli actions, as commonly portrayed by the world media – and the persistent rocket attacks on Israel by Hamas, despite the restraint Israel has shown in the days prior to the operation, is proof of that.

It has become clear to me that some people either lack, or have been swayed away from the basic understanding of the Arab-Israeli conflict, for it is not a blood cycle – it’s not a ‘they kill-we kill’ cyclical situation – and it never has been. It is a story of a nation struggling for the security of its people and its territorial integrity against militant groups who explicitly call for its destruction. It is Israel’s right and responsibility to do what needs to be done in order to protect itself by any means necessary, while doing its best to prevent collateral damage.

Waving around the numbers of civilian casualties of both sides to prove a point is nothing short of distortion of reality with the intent of preventing Israel the basic sovereign function of defending itself.

About the Author
Or worked in the Israel Ministry of Foreign Affairs Bureau of Protocol and Official Guests, and previously served as the Jewish Agency Israel Fellow to Hillel at Virginia Tech. He holds a Masters degree in Management and Public Policy as part of Hebrew University's Honor's Program, where he also received a B.A. in International Relations and Business Management.
Related Topics
Related Posts
Comments