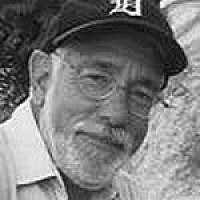 The Blogs
Moshe Dann
Apply for a Blog
Advertisement
Please note that the posts on The Blogs are contributed by third parties. The opinions, facts and any media content in them are presented solely by the authors, and neither The Times of Israel nor its partners assume any responsibility for them. Please contact us in case of abuse. In case of abuse,
Report this post.

The most difficult accusation against Israel is that it is “occupying Palestinian territory,” thereby preventing “Palestinian self-determination” and violating humanitarian rights. It’s the ‘elephant in the room,’ the core of anti-Israel BDS campaigns, fueling anti-Israel and anti-Jewish hatred and violence and promotes opposition to settlements. It challenges the legitimacy of Israeli sovereignty and the rights of the Jewish people in Eretz Yisrael.

In response, pro-Israel advocates need not only to know the facts, but clarify what “occupation” means. For some, it means occupying territory that belongs to someone else; for others, it means controlling the lives of Arab residents who are not Israeli citizens; for many, it means both.

The notion of “Israeli occupation” was first used in UNSC Resolution 242 (1967) and reaffirmed in UNSC Resolution 338 (1973). Although Israel’s actions were considered legitimate since Israel had acted in self-defense, the UNSC demanded that Israel withdraw from “territories occupied” based on the principle that “the acquisition of territory by war” was “inadmissible.” In addition, the UNSC demanded an end to “belligerency … and the right of every State in the area to live in peace within secure and recognized boundaries …”

The UNSC did not require Israeli withdrawal from all of the areas conquered by the IDF in 1967 and it recognized Israel’s right to “secure and defensible boundaries.” The word “Palestine” was not used.

The question was — and is: to whom do “the territories” belong? Jordan illegally occupied Judea and Samaria (the West Bank) and eastern Jerusalem from 1948 to 1967, and its claims to the area were rejected by the international community, except for Britain and Pakistan. Egypt occupied but never claimed the Gaza Strip. Syrian claims to the Golan were recognized by the international community, although Israel objected. Israel held these areas by military occupation, and, since only a few Jews had moved into Hebron and Gush Etzion, the government hoped to exchange “land for peace.” Arabs rejected such offers; they did not refer to a “Palestinian state in the West Bank.” The goal was (and is) to eliminate Israel.

During the late 1970’s and 1980’s, as Jews began to build communities (“settlements”) in these historically and strategically important areas, opposition began to mobilize, led by Arab States, the UN and especially a private Swiss organization which had a unique position at the UN: The International Committee of the Red Cross (ICRC).

As the official interpreter of the Fourth Geneva Convention (FGC), the ICRC began to promote the notion that the areas conquered by the IDF constituted “occupied Palestinian territory (OPT)” and declared that Israel had violated the FGC, and, therefore, international law. Their unilateral decision was adopted by the international community and is widely used as a slogan to attack Israel. Arbitrarily designating Judea, Samaria, Gaza and eastern Jerusalem as exclusively “OPT” denied Israeli claims.

“Ending-the-occupation,” therefore, means evacuating Jews from all the areas which were conquered by the IDF in 1967, including the Golan Heights. This would invite every terrorist group in the region to move in; the PA would be immediately overthrown and the war to destroy Israel would continue at a closer range.

Such a withdrawal, however, would not satisfy Arabs, especially Palestinian leaders, because “the occupation” did not begin in 1967 (when the Jordanian occupation ended), but in 1948 when the British occupation ended and the State of Israel was established – the Nakba (tragedy) — which means, at least, that Israel should withdraw to the UNGA’s Partition Plan proposed in 1947.

Moreover, since “ending the occupation” is based on political morality – the Arab Palestinian demand to be free of Israeli control – it is not dependent on reciprocity, or ending the conflict. Implementing such an agenda would be catastrophic for Israel and for the region.

“End-the-occupation” advocates claim that if Israel annexes all or part of Judea and Samaria it must grant citizenship to its Arab residents, which would be worse. This ignores the current demographic separation in which nearly all Arab Palestinians live in Areas A&B under PA control, while nearly a half-million Jews live in Area C, along with a minimal number of Arabs.

Offering Israeli citizenship to those who apply is an option, but that must be consensual, not involuntary and arbitrary; citizenship comes with obligations and responsibilities. Many forms of autonomy are already working and more are possible.

A regional plan should be implemented to allow “Palestinian refugees” to become full citizens of the countries in which they reside. Since UNRWA opposes this and actively promotes the occupation canard, it is a major part of the problem and must be decommissioned.

Israel’s claim to Judea and Samaria, like that of eastern Jerusalem and the Golan Heights, is that of rightful sovereign, legally and historically. The fact that Arabs live in these areas does not invalidate Israel’s claims. Palestinianism, led by PA/PLO, Fatah and Hamas, does not usurp the rights of the Jewish people to its homeland.

Judaism/Zionism means asserting the sovereignty of the Jewish people in Eretz Yisrael. It means building a society and culture based on Jewish values and traditions, creating a homeland for the Jewish people. That is the purpose and mission of the state and its institutions.

The occupation and settlement of Eretz Yisrael by and for the Jewish people, לרשת (taking possession of something that belongs to you) as it is written in Torah, is a first principle; it is reaffirmed by millennia of Jewish history and imbedded in daily prayers and practice.

The second principle is the authenticity of Jewish history and the intimate connection of the Jewish people to Eretz Yisrael. No other group of people can claim this.

The third principle is the moral imperative of the survival of the Jewish people in Eretz Yisrael. Those who seek to murder Jews and destroy the State of Israel represent an evil; supporting those efforts contributes to evil.

The fourth principle is the establishment of just laws and civil rights for all groups, including minorities. Although Jewish law is of the highest value, that does not mean imposing halacha, but respect for the Jewish legal system and its authority – a structure that has kept the Jewish people intact for four millennia and has been the backbone of Jewish civilization.

The fifth principle is the nurturing of Jewish consciousness and Jewish identity. It is based on a simple question: How can I achieve my higher self? What does God want of me?

The sixth principle is national integrity, national self-respect, the willingness to protect ourselves by whatever means necessary. For example, in order to deter Arab terrorists, the state can prevent their bodies from being honored as martyrs, deport accomplices, and confiscate their property. All forms of incitement must be prohibited, especially in media and mosques.

This is the beginning and the end of “the occupation;” it is why we are here.

The author is a PhD historian, writer and journalist living in Jerusalem. His book of short stories, “As Far As the Eye Can See,” was published by the New English Review Press (USA).

About the Author
Dr. Moshe Dann is a historian, writer, and journalist. He lives in Jerusalem.
Comments