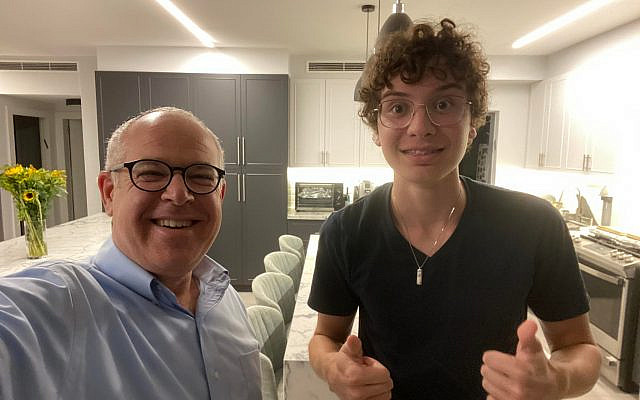 Me and Mehael after a delightful Shabbat and first meeting which felt like a family reunion. He reminded me of myself at his age when I adopted his family, became pen pals, and committed to getting them free from the USSR, even through a fictitious marriage to his mother. (courtesy)

In July 1985, I got engaged. The plan was to get married in October 1987, or at least begin the process to get married. Under the circumstances, I couldn’t have just eloped, gone to a local court, or organized a more traditional Jewish wedding as would have been my inclination. My fiancé was a Soviet Jewish refusenik. I proposed marriage the day we met in July 1985. The idea was that I was going to marry Kate to get her US citizenship, bring her to America, and use her becoming an American to get the rest of her family out.

Given how Soviet Jews were persecuted daily in every facet of life, this was my little battle to seek the freedom of at least one family.

I was committed to this arrangement, albeit one that would have been fictitious and illegal according to US law. I referred to Kate as my fiancé for two years and made arrangements to try to learn what would be needed to initiate a Soviet civil marriage, in a day before the internet and when phone calls and even letters were monitored by the KGB.So I couldn’t just google how to get married in the USSR, and I couldn’t write or speak about it in our communications lest we get caught.

I am not sure my fiancé fully understood how serious I was, considered me her fiancé, or had any grasp of what I was doing to raise awareness (and funds) to make this possible, albeit under the radar so neither the Soviets nor the American government would have been on to me.I understood the US penalty for a fictitious marriage and was prepared to risk it, despite a hefty fine and possible jail time. As serious as I was, and my efforts were admired, sometimes people joked that it was a way to buy myself a Russian bride and other less PG-rated suggestions.

I suspect it’s still illegal for a US citizen to marry someone for the purpose of getting them US citizenship, and since I never did it I suppose it’s safe for me to talk now about a crime I didn’t commit 35 years ago. But it’s strange that hundreds of thousands cross the US border regularly albeit illegally, for much less noble reasons, and filing any legal charges against anyone are unheard of. Yet had I been caught I could have spent all my 20s in jail, and my “wife” deported. 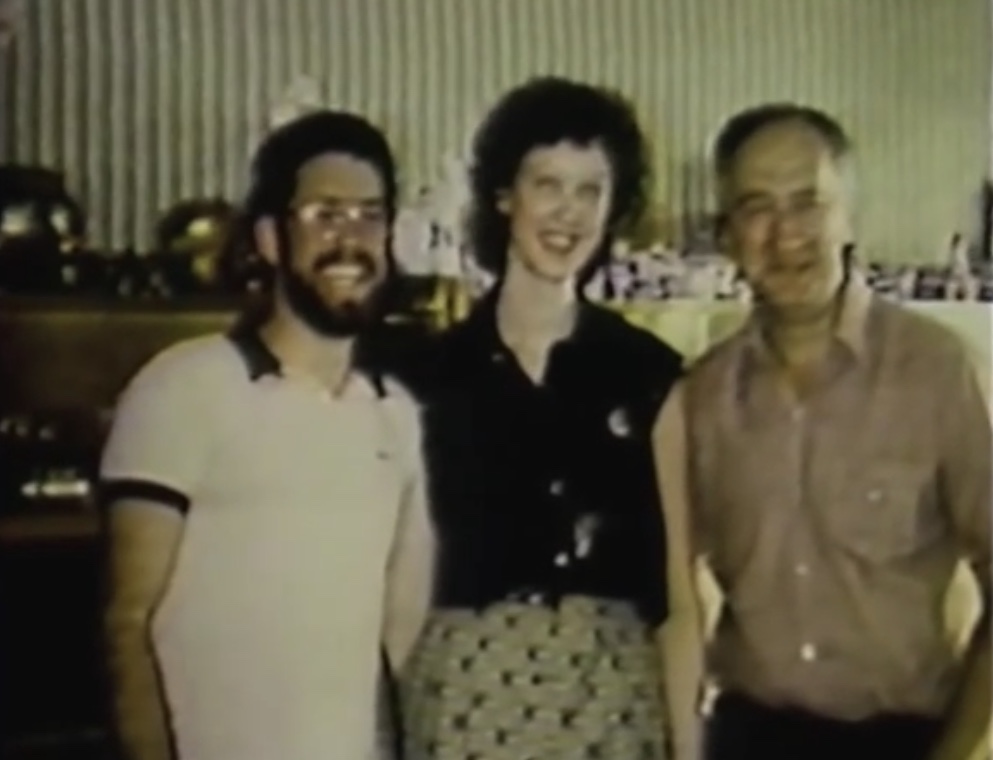 Me, Kate, and her father Victor: July 1985, the day I met them and proposed marriage. (courtesy)

My plans to return to the USSR in October 1987 were well underway by the time I got a phone call from Kate that July, sharing the news that she and her family had just been freed from the USSR.They became four of fewer than 900 Jews to be given permission to leave the USSR that year. Ted Koppel anchoring ABC News telling part of the story in March 1998 summed up the situation well, “It’s hard to tell why the Soviets do what they do.” But conventional wisdom was that because of my activism and putting the spotlight on her family, they were released in order to avoid the continued headache of the publicity I had already generated.Little did they know what I had in store.

I was committed to this fictitious marriage and knew it would change and complicate my life, though I don’t think I was aware of how much, even assuming I didn’t get caught. The Soviets granting Kate’s family their freedom was one of the best non-wedding presents I could have received.

I don’t think about this part of my past so often, but this year is 35 years.It’s a milestone. A non-anniversary I celebrate alone.

What made me really think about it most recently is the visit a few weeks ago of my ex-fiance’s 16-year-old son, Mehael, to meet my family and spend Shabbat with us.Despite having never met Mehael, I felt a kinship with him immediately. Mehael is studying on the Alexander Muss High School in Israel program. It’s no little thing that he has a strong connection to Israel and the Jewish people. Growing up in the US, he could just as easily assimilate into American society. But his Jewish identity and connection to Israel are so strong that he made it a priority to spend a semester of high school in Israel, not waiting for a gap year between high school and college.In fact, Mehael talks about making Aliyah and serving in the IDF.

If one understands even a little about how the Soviets persecuted Jews and prevented them from practicing Judaism or connecting to their heritage, of course it’s understandable why Jews wanted to leave, and eventually did so en masse. But it’s not to be taken for granted that as a first-generation American, child, and grandchild, of people who identify as Jews but are by far not practicing, he would proactively choose to undertake the path he has.

His determination reminded me of myself at his age when I adopted his family, became pen pals with his mother, and committed to getting them free, even through a fictitious marriage if need be. While I felt connected and was able to share things about his family that he didn’t know, he was surprised to learn about my plans to marry his mother. For me, it was a huge undertaking and part of my life that still is relevant.He couldn’t imagine that I would have done this. In retrospect decades later, there is something unimaginable about it.

Mehael is tremendously bright and inquisitive, wanting to learn more about Israel and the Jewish people. fHe’s fluent in Russian and was impressed I taught myself to read Russian to be able to get around Moscow on my own without calling attention to myself as a 20-something-year-old tourist on my own, plotting to marry a Soviet citizen to get her free. As much as he knows about the history of the USSR and the Jews and his family there, there are many things he doesn’t know. That’s all the more so among his peers who are fourth and fifth-generation Americans and who have no idea of the history of persecution of Soviet Jews, or the complementary struggles both among Jews in the USSR and in the West to get them free.

The history of the persecution and redemption of Soviet Jews is an essential chapter in our modern history as a people, the history of Israel, along the timeline of Jewish history in general. Whether they know Russian or not from speaking to their parents and grandparents, I hope that students like Mehael, in the US, Israel and everywhere else, will be able to learn about this, and take the story of someone who was once their age as a model to continue to be connected and do good for our people for generations.