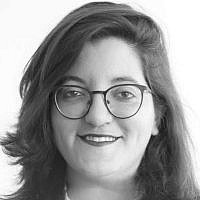 The Blogs
Varda Kaspi
Apply for a Blog
Advertisement
Please note that the posts on The Blogs are contributed by third parties. The opinions, facts and any media content in them are presented solely by the authors, and neither The Times of Israel nor its partners assume any responsibility for them. Please contact us in case of abuse. In case of abuse,
Report this post.

Is Japan and the Rest of the World Ready?

In February 2018, South Korea’s winter Olympics opening ceremonies experienced a range of unexpected technical difficulties – from Wi-Fi connections dropping that affected media coverage of reporters and journalists, to internet-based broadcasts from the main press room. Once organizers shut down servers, the PyeongChang 2018 website didn’t function and ticket buyers eager to print their tickets simply couldn’t. Drones that were scheduled to film the ceremonies could not be deployed, and broadcasters simply had to splice in prerecorded footage. Seriously? Have world-leading countries producing state-of-the-art technology failed to ensure the 2018 winter Olympics opening ceremony runs smoothly?

The answer is both simple and complex – a sort of double-edged sword: hackers.

One source indicates, “Citing officials from the US intelligence community, the Post says that Russia’s Main Intelligence Directorate (GRU) gained access to around 300 computers, hacked routers, and distributed malware in the lead-up to and during the event’s opening ceremonies. The contests themselves were unaffected.” Using a North Korean IP address to mask the Russians’ attack, the GRU sought a viable scapegoat, and considering South and North Korea’s existing tension at the time, North Korea was an ideal option. VPNs and proxies that allow hackers to operate under disguise is just one of the methods professional hackers employ to cause irreparable largescale damage that starts with the exploitation and breach of a SMBs’ online digital assets and/or servers. Companies retaining sensitive data in their website’s back end and IT systems can undergo legal and reputational harm due to data leaks or breaches that cyberattacks can yield, along fines with the recently implemented GDPR requirements.

South Korea’s Not Alone: Brazil Felt the Repercussions of Hackers, And What’s in Store for Japan?

The New York Times article on the PyeongChang 2018 opening ceremonies cyberattack states, “The attacks began last year with phishing emails to Olympic-related targets. By January, researchers at McAfee said that attackers had successfully compromised several victims, installed malware on their machines and were now actively stealing data off their machines. At the time, attackers’ end goal remained unclear, but security experts across the industry said they have been bracing for what they now describe as an inevitable attack.” Cybercriminals often start their mission to achieving largescale cyberattacks with phishing emails, or seemingly insignificant bot breaches of websites, networks and servers, frequently those of Small and Medium-Sized Business (SMBs). Many SMBs overlook the need for a viable cybersecurity solution due to lack of knowledge, time, resources or awareness.

Business Insider investigates the alarming number of cyber threats and concerns that arose during Brazil’s turn in the Olympic spotlight in 2016. The country saw an 83% increase in malicious URLs, and a rise in global phishing activity of up to 76% from April to June of 2016.

What’s to be of Japan and the upcoming 2020 winter Olympics? Statistics in the chart below indicate a growing number of cyber threats to Japanese businesses from 2013 to 2017 – not promising.

A Japanese source indicates, “the damage amount of business mail [the amount of damage done to businesses via email] in 2017 is estimated to be more than 9 billion dollars. Compared with about 5.1 billion dollars in 2016 and around 3 billion dollars before 2015, the magnitude of the growth is somewhat obvious.”

What’s The Solution? Another Simple Answer But With Serious Military Grade Tech: Cybersecurity

The market’s loaded with cybersecurity software and solutions, but if we think like hackers for a second – start small and think big. That’s right, it’s up to SMBs in Japan and globally to protect their digital assets, websites, platforms and IT systems with optimal cybersecurity solutions. By starting with SMB cybersecurity, Japan can actively prevent the escalation of several small cyberattacks from growing into largescale hacks that could affect the entire nation, along with attendees and participating parties and athletes at the 2020 winter Olympics – and overall. SMBs are leaning towards simple, affordable but robust cybersecurity tools that offer military grade protection at a feasible price.

With end to SaaS solutions and some WAF plug-ins that can go beyond strictly website protection, SMBs can ensure they’re aware of any website vulnerabilities or threats extending beyond the site. Some solutions flag users’ reported vulnerabilities and threats on the rise, ensure its entire community of users are protected from harm with crowdsourcing security. With advanced AI (Artificial Intelligence) and machine learning capabilities to prevent future attacks, SMBs can benefit from enterprise level protection for about $10 a month.

In one holistic dashboard, learn the number of attempted attacks to your business’ site, the specific types of threats (malware, ransomware, and more), the type of internet browser they were initiated from (Chrome, Firefox, Safari and others), and even IP address. Identify everything from the location of the threat, whether it’s human or a bot (automated robot technology used by hackers to strategically target business’ online or digital assets), and protect your business’ digital assets and data from end to end.

With over 250 million active websites in the US and European Union alone, 14 million websites breached annually, and approximately 32% of sites breached between 2016 and 2017, Japan’s best bet is ensuring all of its small businesses are well-equipped with optimal cybersecurity that costs anywhere from $10/month and up. Plus with other participating countries of the Olympics posing opportunities for hackers to increase their activities, European countries now subject to GDPR requirements can ensure they’ve taken all measures to comply with the regulations and bypass potential concerns that comes with unprotected digital assets, systems, platforms or websites.

The solution truly is simple – a cybersecurity, SaaS solution WAF plug-in that’s built for SMBs but powerful enough for enterprise. Taking measures like these is the perfect starting point for Japan and the rest of the globe to protect themselves from the repercussions of a data breach, hack, cyberattack and the severely painful circumstances any of these can yield at an event like Tokyo’s 2020 winter Olympics.