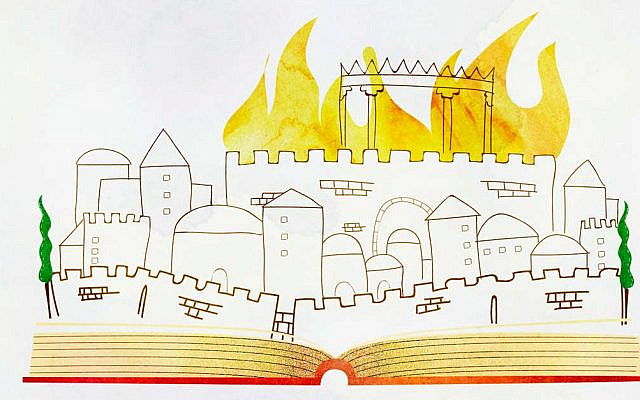 As described by Maimonides, the 12th Principle of Faith is, “I believe with complete faith in the coming of Moshiach (the Messiah), and although he may tarry, nevertheless, I wait every day for him to come.”

A soul’s first question after returning to heaven is, “Did you yearn for the coming of Moshiach?” The first thing God is interested in knowing when inquiring about a person’s lifetime in this world is whether he developed the desire, longing, and aspiration for the final redemption of the entire universe, the purpose of its creation.

Did he live with this goal not only in mind but in practice? Did he get excited every day to make the world a little better than the day before and bring it closer to its ultimate reason for creation?

When King Solomon in Ecclesiastes enumerates the 28 different times in a person’s life, “Everything has an appointed season, and there is a time for every matter under the heaven […] a time to weep and a time to laugh […] a time to love and a time to hate.” Our sages say the “time to weep” refers to the 9th of Menachem Av (this year observed August 7, 2022).

“Whoever mourns the destructions of the two Temples will merit [being there and] seeing its rebuilding and its joyous times.” When you are there to offer support and empathize with a person in their time of sorrow, when they win the lottery and celebrate, you are the first one to participate in their happiness.

The 9th of Av, known better as Tisha b’Av, commemorates a list of catastrophes, a day set aside by God for crying.

At the same time, the seeds for the ultimate recovery from all these calamities — “I will thank you God for all the times you exhibited and protracted your wrath on me” — and for the actual birth of Moshiach are planted on this same day!

In 1313 BCE, the Israelites were in the desert, recently having experienced the miraculous Exodus, and were poised to enter the Promised Land. They dispatched a reconnaissance team, and the spies returned on the eighth day of Av to report the land was unconquerable. “Even God cannot clear the way for us,” they said.

That night, the 9th of Av, the people cried and insisted they would return to Egypt instead of being slaughtered by the Canaanites in the Promised Land. Displeased by this demonstration of distrust in His power, God promised that this night would be forever a night of crying for “justified reasons.” The spies died immediately, and the entire generation of male Israelites were punished to die in the wilderness and never enter the Holy Land.

When the Jews rebelled against Roman rule and believed their leader, Shimon bar Kochba, would fulfill their messianic longings, their hopes were cruelly dashed in 133 CE, and the Jewish rebels were brutally butchered in the final battle at Betar. The date of the massacre was the 9th of Av.

One year after their conquest of Betar, the Romans plowed over the Temple Mount, our nation’s holiest site.

The Jews were expelled from England in 1290 CE on Tisha b’Av.

In 1492, the Golden Age of Spain came to a close when Queen Isabella and her husband Ferdinand ordered that the Jews be banished from the land. The edict of expulsion was signed on March 31, 1492, and the Jews were given exactly four months to put their affairs in order and leave the country, after hundreds of years living there, on the 9th of Av.

Historians conclude that World War II and the Holocaust were the long, drawn-out conclusion of World War I, which began in 1914. Amazingly, Germany declared war on Russia, effectively catapulting the First World War into motion on the 9th of Av, Tisha b’Av!

In the same way God promised that we would forever have genuine reasons to cry on this day (for our crying foolishly when we accepted the words of the spies), God promised that in the times of Moshiach, “this day would be transformed to joy and happiness,” a day of celebration. (Un)fortunately, the first half of the promise has been fulfilled. We anticipate soon, “these days will be transformed into days of joy and Happiness…”

Do one more good deed, a Mitzvah today, and that may be the last act needed to finally tip those scales for you and the whole universe, to bring the ultimate good to you personally in your life and the world, when “they will grind their swords to plowshares,” and one nation will never lift a sword to another nation. Peace for all mankind.