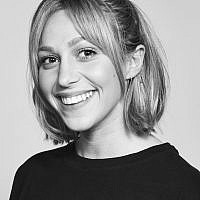 The Blogs
Sally Patterson
Apply for a Blog
Please note that the posts on The Blogs are contributed by third parties. The opinions, facts and any media content in them are presented solely by the authors, and neither The Times of Israel nor its partners assume any responsibility for them. Please contact us in case of abuse. In case of abuse,
Report this post. 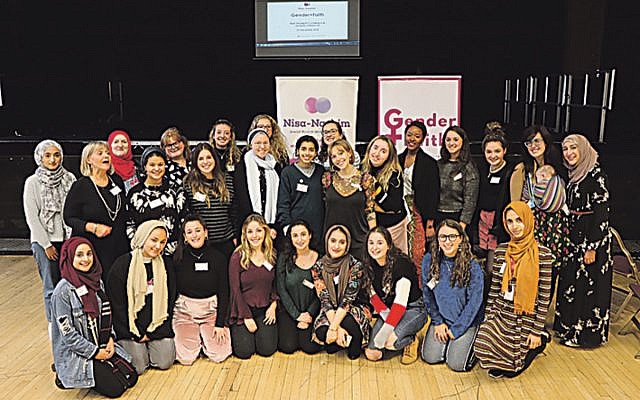 Being a Jewish student on campus in 2018 is not always easy.

We face the same antisemitism we have seen creeping into everyday life in wider society, from both far left and far right, but on a more intense scale.
The threat from groups such as Generation Identity, who openly stand for an ‘ethno-cultural identity’, is very real.

Jewish students are subject to abuse both online and offline, and often feel silenced in student spaces which claim to protect them. These challenges reflect those faced within our own community; including valuing women in leadership, and having our voices heard and opinions respected.

Likewise, being a Muslim woman student on campus in 2018 is not easy. Islamophobic incidents are the daily realities of many Muslim students. For women who choose to wear the Hijab or Niqab, the risk of being targeted is even higher.

Despite the shared challenges that we face, Jewish and Muslim students are rarely given the opportunity to connect.

For me, there is only one way to effectively tackle hatred, and that’s to do it together.

We speak of solidarity, but all too often it takes a horrific act to bring us together. Instead, we must recognise that it’s friendship and meaningful relationships that will help us become true allies.

And so, last weekend Jewish and Muslim women students came together to talk about how to improve the university experience of religious students, create bonds between us and strengthen our relationship with our Student Unions.

In a way it’s a shame it has taken this long to do something so important. But what matters is that it happened, it worked, and it will continue. We had 30 participants at the event, which was run jointly by Bristol University Student’s Union and Jewish-Muslim women’s network Nisa-Nashim. Half our delegates were Jewish and half Muslim, representing top universities all over the country.

We held sessions on women in positions of leadership, Islamophobia and Antisemitism 101, and sexual violence/ radicalisation. A particular highlight for me was a student panel: a Muslim student, Jewish student, and Christian student. They discussed the challenges for women students of faith both within and outside of communities.

But, more important than any of the sessions, were the discussions. Jewish and Muslim students, almost all with no real friends in the other community, got to know each other. We bonded over talk of family, tradition and, of course, food – all while enjoying a choice of kosher, halal, veggie and vegan dishes.

We learned about each other as we discussed our hopes and our fears, our goals and our problems. And we started to plan ahead for the future.

We now aim to see small-scale events take place on campuses around the UK in the coming months and a follow up event in London.

It’s important to note that while, yes, there is racism and prejudice on campus and while, yes, much of this is targeted at women – there are also many positives that religion can bring to students of faith.

Jewish and Muslim women are often painted as opposing each other, but our conference proved that there are so many similarities between us. Too often we work in isolation, both on campus and in the wider world.

But through something as simple as students getting together to engage in real dialogue, and then vowing to spread that message, we can begin to form the understanding between our faiths to truly make a change for the better.

We must be one another’s strongest allies, because when we all shout together, our voices are too loud to be ignored.

About the Author
Sally Patterson is the elected Equality, Liberation & Access Officer at Bristol Students Union and an elected member of the National Union of Students NEC. She is an active campaigner for gender and racial justice, and founded the first Nisa-Nashim student group. She has spent the past three years on UJS National Council, working to narrow the gender gap within the Jewish community and make Jewish spaces more accessible and cross-communal.
Comments