A few years ago, I was walking through the Old City of Jerusalem, leading a Birthright group, when I noticed a slight man being pushed in a wheelchair.  He had a beautiful smile on his face.  Something seemed familiar about him.  I suddenly recalled having seen a documentary film on the Entebbe rescue and remember that one of the commandoes, Sorin Hershko, was severely wounded and ended up a paraplegic due to injuries he sustained during the daring rescue of the Israeli hostages.

This individual in front of me reminded me of that injured soldier.  When I approached him and asked him if he was indeed that Sorin Hershko, he was glad that I recognized him and was happy to chat with me.  I was humbled to be standing in the presence of a genuine hero of the Jewish people who had paid for his selfless courage by being confined to a wheelchair with 100% paralysis for the remainder of his life. 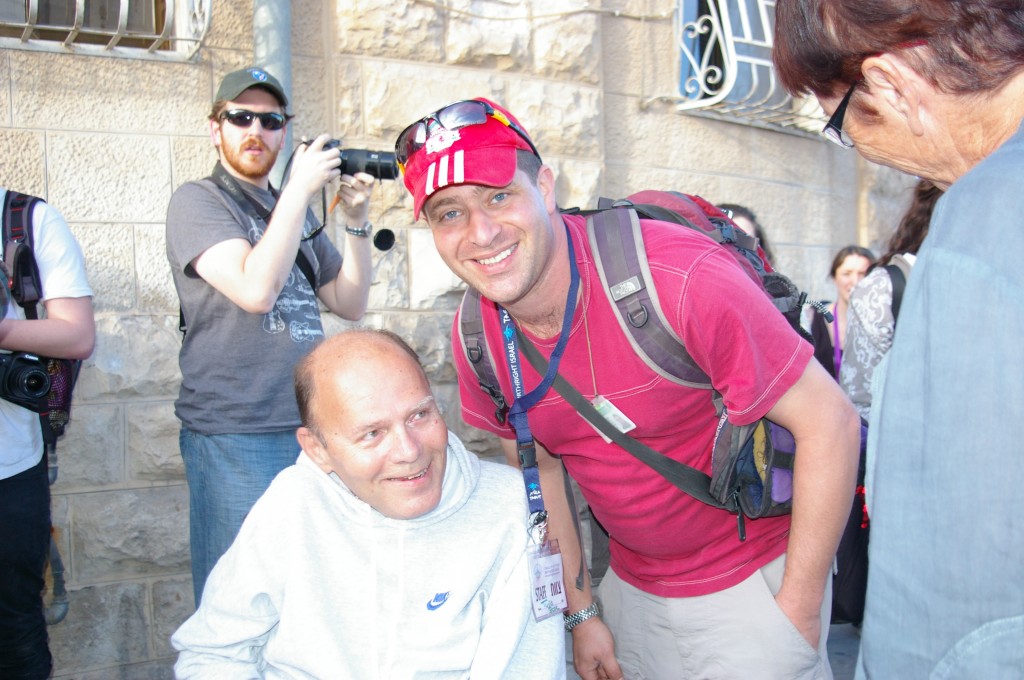 Rather than succumbing to self-pity, Hershko, in the spirit of Entebbe, co-founded LOTEM a non-profit organization that makes nature accessible and now serves over 30,000 Israelis every year through a range of nature clubs and outdoor programs geared to children and adults with physical, communication and intellectual disorders, hearing and vision impairment.

Forty-five years ago, on July 4th, elite Israeli commandos, led by thirty-year-old Lieutenant-Colonel Yonatan Netanyahu rescued over hundred hostages from Entebbe, over 2000 miles from Israel, in a daring operation, “Operation Jonathan,” that stunned the world. The only military casualty of the operation was its planner and leader on the ground, Yoni himself, who died as he had lived, leading from the front. As we pause to remember the deeds and memory of Yonatan Netanyahu we should also take the opportunity to honour all of his comrades, including Sorin, who took part in the operation, and the brave young men and women who keep our country safe in the spirit of Entebbe today.

Dorron Almog, a reserve General who as a solider participated in the Entebbe operation, and built the magnificent ALEH Negev for Israel’s disabled community, noted that one of the main lessons related to Entebbe is that a few can do something for the good of the many. It was always like that, and, it seems, will always be like that. He observed that:

We will always need the spirit of Entebbe. The spirit of determination to do something for others, not just for ourselves.  We will always need those daring individuals who jump ahead of the group. There will always be the few who take heroic measures for the sake of the public. I pray that those few, the pillars of fire who march before the camp, will draw many others, for which the wonderful Entebbe metaphor is a way of life.

The brilliant and selfless rescue operation conducted by Yoni, Sorin and their brothers in arms, whose sole purpose was to rescue their fellow Jews in distress, reminded Jews everywhere of the Raison d’être of the Jewish State. Jews in distress and danger anywhere in the world always know that the strong arm of the IDF is able to reach out them protect them and bring them home, in the spirit of Entebbe, wherever they are, even from the depths of Africa!

Dr. Tuvia Book is the author of “For the Sake of Zion, A Curriculum of Israel Education” (Koren, 2017).   His forthcoming book “Jewish Journeys” on the Second Temple Period,  will be published by Koren later this year.  He also is a  Ministry of Tourism licensed Tour Guide, Jewish educator and a Judaica artist.  www.tuviabook.com