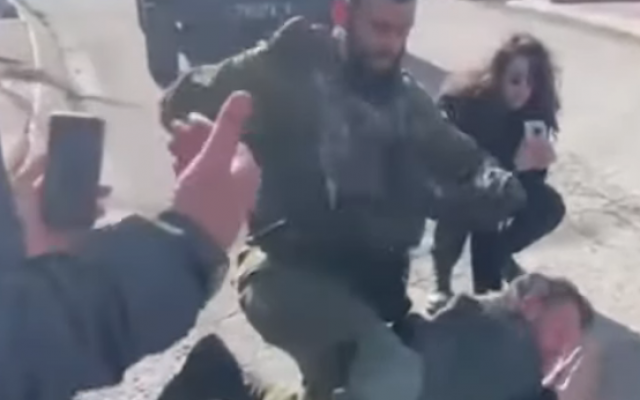 In my time as a foreign correspondent, I covered dozens of countries with internal rifts. But nowhere did I find a chasm as toxic and dangerous as the one between liberal Israel and the religious right.

I know that Israeli leftists sometimes claim the opposite – that differences are cosmetic and most Jews, even in the center, are in thrall to militarist nationalism. But that’s a purist view that ignores the essence.

I’ve actually argued that Likud should abandon its religious and nationalist partners and try to lead its supporters back into an alliance with the sane center. But that’s not likely soon. As things stand, two clear camps have coalesced, and increasingly they hate each other: The differences in values, culture and understanding of the universe do not allow for pleasant cohabitation.

A cold analysis of where it’s headed is so dispiriting that many prefer to ignore it: Without a national salvation plan, Israel is doomed to become a binational state in which most Arabs do not have the right to vote and most Jews are Haredim unable and unwilling to function in a modern society. Secular people will flee, violence will explode, and pariah status will only end when the Palestinians take over.

Given this, a huge part of the camp that managed to bungle the Nov. 1 election sees the incoming government not as a danger but as a catastrophe. It will be headed by a man on trial for bribery, with key positions held by convicted criminals, criminal defendants, ultra-conservative thugs and religious fanatics. Another 4 years will be wasted without the country deviating from its course of self-destruction – say, by phasing out child allowances and yeshiva salaries, enforcing a core curriculum and stopping settlement activity beyond the fence line. Instead, the government plans steps to turn Israel into an authoritarian country in which individual citizens’ rights can be cancelled by parliament.

Those who hope for better in the next election, once the devastation moves public opinion, may be naïve. Chances are far better that with the security ministry in the hands of the far right, the result will be an intifada that will include Israeli Arabs – leading to boycott subsequent elections thus  guaranteeing victory for the right. That’s probably the plan.

As we realize the current version of Israel is dying, people start seeking salvation by unconventional means.

There are those who call for autonomy in secular areas like Tel Aviv. There’s talk of a tax revolt, and in some Facebook groups even of civil war.

There is increasing discussion of how two societies have formed; typically they are referred to as liberal Israel and illiberal Judea. Few dare discuss physical partition – it is a fantasy and not an operative plan.

But as things get ever worse, the question may turn to whether it’s possible – not whether it’s desirable. To keep things moving, I’ll offer an examination.

Such a divorce might somewhat recall the 1990s breakup of Czechoslovakia. And does it sound so terrible? Does the religious right really need the aggravation of secular Jews with their indifference to tradition? They would now be free to ban immodest clothing, non-kosher food, gay pride parades and commerce on Shabbat. And would secular people really miss being joined at the hip to what many consider madness? It would probably be a relief to both sides.

But there are obstacles.

The main one is security. It won’t be easy to divide the IDF in two, and it is not clear how Israel will defend itself without even the modest strategic depth that exists today. Judea will lack both high-level security expertise and money to maintain the military. It is possible that the IDF will have to continue for some time as an umbrella army serving both countries. How to do this without keeping Israel involved in the occupation? It requires thought and planning.

Second, it’s not so clear how this comes about. Who would hash out the details? Will there be referendums in every city? Maybe violence would determine the lines. That last thought is horrendous, but as the general disaster here unfolds nothing will seem crazy any more.

Perhaps an interim solution might be a confederation – but of the loose kind in which each side operates according to its own rules and budget policies. Israelis will demand guarantees that their taxes will not fund settlements, corrupt Judean politicians or the religious apparatus. Judeans will know they are in no way asked to fund secular universities, the philharmonic, theaters, human rights organizations or sports of any kind.

Now, zooming out a little and taking a deep breath: Yes, most Israelis would find this unrealistic, even as the liberals among them scramble to organize foreign passports for the great exodus.

But maybe it doesn’t matter whether it’s realistic.

Perhaps there is usefulness in simply putting an end to the politeness and transitioning to open talk about the liberals’ complete despair with the destruction of the Zionist dream. Despair so deep that they will even contemplate divorce, at immense cost.

Maybe that is what’s needed to convince enough people on the right to think again. To reflect a little more on whether the plan to rip to pieces what was built here might not be such a great idea.

About the Author
Dan Perry is the former Cairo-based Middle East editor and London-based Europe/Africa editor of the Associated Press, served as chairman of the Foreign Press Association in Jerusalem, and authored two books about Israel. A technologist by education, he is the Chief Business Development Officer of the adtech company Engageya and Managing Partner of the award-winning communications firm Thunder11. His Substack, Ask Questions Later, is available for subscribers at https://danperry.substack.com/. Also follow him at twitter.com/perry_dan; www.linkedin.com/in/danperry1; www.instagram.com/danperry63; www.facebook.com/DanPerryWriter/; and https://muckrack.com/dan_perry