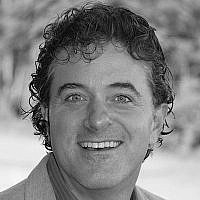 The Blogs
Edwin Hirschfeld
Onward & upward
Apply for a Blog
Advertisement
Please note that the posts on The Blogs are contributed by third parties. The opinions, facts and any media content in them are presented solely by the authors, and neither The Times of Israel nor its partners assume any responsibility for them. Please contact us in case of abuse. In case of abuse,
Report this post. 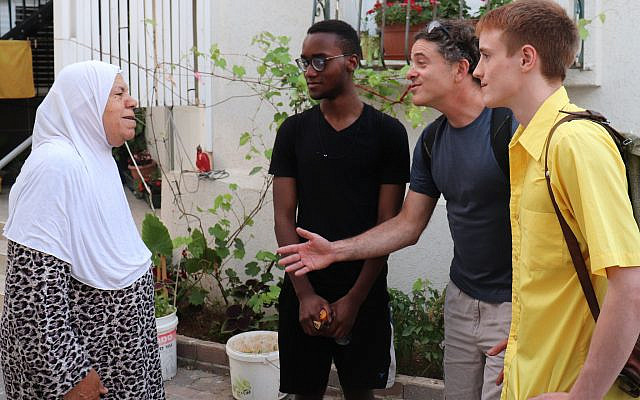 It is daunting to navigate a shifting and hyper-connected world influenced by algorithms designed to polarize societies. The resulting false binaries oversimplified as “absolute good vs. absolute bad” belie complexities and shrink the common ground. For current and future developing generations, this is the predominant norm they have known. Skills for relating productively across ideological divides therefore need to be emphasized in curricula. Collaborative design as a teaching tool effectively cultivates these skills, and often result in practical improvements and solutions to real world problems. And, the Palestinian-Israeli conflict is an ideal scenario for such an approach.

When student groups traveling to Israel and the PA are tasked with working together to create a comprehensive agreement between representatives of each side, they are actively engaging with affected communities of disparate and impassioned perspectives. Moreover, they practice collaborative design methods within their own groups that may contain bold and divergent opinions. Together, they design prototypes, then test and redesign as necessary until objectives are achieved – or not. Will Israelis and Palestinians both agree on the groups designs for resolving issues of borders, refugees, settlements/communities, security, water, and Jerusalem?

Well, success here doesn’t necessarily mean that any long standing issues are finally resolved – although it would be nice. Rather, accomplishment is measured by the nuanced understanding participants attain. Depth of content knowledge and critical thought are one prize. But success also means that participants become increasingly fluent in the problem solving process within teams that represent a range of differences. It’s not just an academic exercise, but also a life skill with far reaching implications.

Such is the Palestinian-Israeli version of how the practice of collaborative design in education can gradually transform popular mindsets of blame and vilification into problem-solving mindsets. Groups methodically work towards solutions while maintaining their individual convictions. While this approach is, of course, applicable across a wide range of divisive issues, the fraught relations between Israelis and Palestinians make for a perfect learning environment.

About the Author
Edwin Hirschfeld founded Global Minds Institute which he currently directs with the overarching objective of parlaying innovative pedagogical practice into individual advancement and societal transformation. At the State University of New York at Albany and at independent schools in New York and Ohio, Edwin has been an an accomplished designer of curriculum and academic programming. In 2007 he won the United University Professionals, Professional Development Award for conducting fieldwork, and in 2016 he was bestowed the Darrow School Hoopes Faculty Award. Edwin is multilingual and rejoices at his family and friends across the globe.
Related Topics
Related Posts
Edwin Hirschfeld